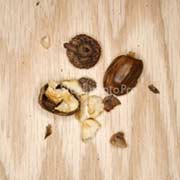 And you thought a couple of plucky young conservative activists with a camera brought down ACORN. Nope. It's the arch-conservative New York Times that did in the noble community organizing group, or so says The Huffington Post in "Why ACORN Fell: The Times, Lies, and Videotape."

"Because of its pivotal role in bringing down ACORN," Peter Drier and John Atlas wrote in their March 24 editorial, "the Times owes the group an apology and the public a commitment to assign an experienced journalist to cover the complex world of community organizing, whose diverse practitioners mobilize poor and middle class people to win a voice in local, state, and national politics."

The New York Times, the two maintained, were complicit in ACORN's "framing."

The authors took particular issue with the following excerpt from Clark Hoyt's March 21 article: "It remains a fascinating story. To conservatives, Acorn is virtually a criminal organization that was guilty of extensive voter registration fraud in 2008. To its supporters, Acorn is a community service organization that has helped millions of disadvantaged Americans by organizing to confront powerful institutions like banks and developers."