Fort Hood shooter Maj. Nidal Hassan is still drawing his military paycheck while the Defense Department has refused to deem Hassan's victims as suffering combat-related wounds, which would entitle them to Purple Hearts and additional pay and benefits to aid the cost of their rehabilitation, Scott Friedman of Dallas, Texas, NBC affiliate KXAS reported on Wednesday morning. [watch the original KXAS report below the page break]

Yesterday, native Texan and MSNBC anchor Tamron Hall aired Friedman's report on her NewsNation program in her "Gut Check" segment in which she asked her viewers to weigh in on her Facebook page, "Should the Pentagon designate the Fort Hood shooting a terrorist attack?" [For their part, 76 percent of her viewers agreed that it should.] Although this is a pretty compelling report, at time of publication, neither NBC's Nightly News nor Today programs have aired the story.

The Washington Post’s “On Faith” blog network bills itself as “a conversation on religion and politics.” But the conversation of “On Faith” more accurately resembles a diatribe justifying liberal politics with religious imagery.

During this past week, Becky Garrison claimed that Christian actor Kirk Cameron was not a Christian because he opposes homosexual marriage, and Lisa Miller declared that “In churches across the land, women are still treated as second class citizens.”

Not bad, it took her a mere 18 months to grasp this.

On her MSNBC show Monday night, the first time it ran after the death of bin Laden, Rachel Maddow cited several post-9/11 examples of terrorism targeting Americans in the US -- including the attack at Fort Hood in November 2009.

"Since Sept. 11, the story of terrorism targeting the United States itself has mostly, thankfully, been the story of thwarted attacks," Maddow said, such as the so-called shoe bomber and underwear bomber, a plot to detonate explosives in the New York City subway system, the failed bombing of Times Square, and the so-called Dallas bomber who targeted former president George W. Bush.

"And then there was the mass-casualty shooting at Fort Hood in Texas in 2009, carried out by Major Nidal Hasan," Maddow said.

Quite a contrast with how Maddow described the incident on her show Nov. 12, 2009, fully a week after the carnage (video after page break) -- 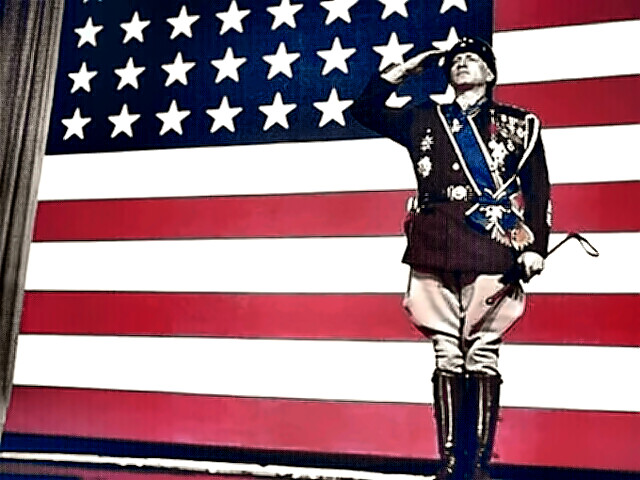 Anthony Stevens-Arroyo of the Washington Post’s On Faith blog took left-wing moral equivalency to new lows in a November 24 post where he compared Ft. Hood shooter Nidal Hassan to General Patton and World War I hero Alvin York. What does this mass murderer have in common with two American heroes, in Stevens-Arroyo’s view? All three recited what he labeled “bad prayers.”

Matthew Archbold of the Creative Minority Report blog devoted an entire post on Monday to picking apart the Washington Post writer’s arguments. Before Stevens-Arroyo compared Hassan to Patton and York, he cited other examples of such “bad prayers.”

After finding such clarity unsettling, however, Schultz quickly reverts to form.

SCHULTZ: We've gotta stop being so damn academic about what a crime is. I think you could easily make the case that the guys that stepped on the planes on Sept. 11, 2001 had the exact same motivation as this guy did, vice versa. And I'm not afraid to take nasty email from people who think that I'm leaning to the right. There's no left, right, center, blue, green on this. You know, we're gonna get hung up on definitions on what a terrorist act is. There's 13 people dead! What was the motivation for that? It was hate. It was ideological. It was religion. It was faith-based, all of that, and we missed it. And now people are dead and many injured.