ABC's Gibson Cues Up Bush to 'Crow' Over Success of 'Surge'

Instead of pounding President Bush with the usual media focus on failures in Iraq, ABC anchor Charles Gibson, in his Tuesday interview at Camp David with President and Mrs. Bush, actually pointed out how many doubted the surge strategy and wondered if he wanted to “crow?” Gibson inquired in an excerpt aired on World News: “You took a lot of doubting and rather skeptical questions about the surge. I'll give you a chance to crow. Do you want to say I told you so?” Bush demurred from the opportunity. Indeed, a January MRC report documented the media hostility toward Bush's plan: “TV's Pre-Emptive War Against Iraq 'Surge'; Before Iraq Plan Unveiled, Reporters Said It Was Unpopular, Wouldn't Work & War Was 'Lost Cause.'”(See text below)

Prompted by Bush's satisfaction that Iraqis are “beginning to see enough security so that reconciliation is taking place, as well as the economy's beginning to move,” Gibson pressed the President on problems with “reconciliation.” Leading to a correction from Bush, Gibson had earlier referred to “a lot of bellicose rhetoric that has been aimed at Iran” and cited how “you yourself at a news conference recently raised the specter of World War III.” Bush clarified: “I said if you want to avoid World War III.”

Reaction of the Left to 'The Insanity of Bush Hatred' Article Demonstrates...Insanity

A very interesting article appeared in yesterday's Wall Street Journal titled, "The Insanity of Bush Hatred." Author Peter Berkowitz stated that even many normally rational members of the left are completely overcome by their absolute hatred of Bush to such an extent that it borders on insanity:

Collins of the NYT: Chavez Daffy But Bush Bad 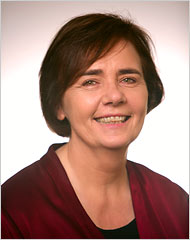 Oh sure, Hugo Chavez might have his quirks. But at least he's not George Bush. That's Gail Collins's operative thesis in The Great Clock Plot [subscription required] in this morning's New York Times.

Collins riffs off an announcement Chavez made this week of his plan to move Venezuela's clocks ahead by half an hour. Writes Collins: 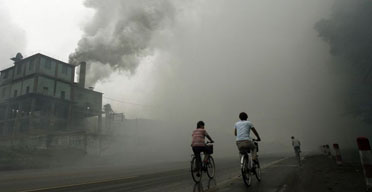 The media frames America in anthropogenic global warming articles as the evil Earth Killer, and everything from a sparrow flying into a glass window to Darfur's genocide is America's and George Bush's fault, regardless of facts or science.

In an August 4 article which stated President Bush invited the world's leading economic powers to participate in a "climate change summit” that intends to set "voluntary goals for lowering greenhouse gas emissions while sustaining growth,” the Washington Post upheld this tradition by stating (emphasis mine throughout):

The United States, the world's largest emitter of greenhouse gases, is not a party to the Kyoto agreement, which calls for the 35 participating nations to cut greenhouse gas emissions. Rapidly developing countries including India, China and Brazil are not bound by the deal, despite booming growth and worsening air pollution in those nations, a factor that has caused Bush to call the accord unworkable.

The New York Daily News perpetrated an interesting, yet subtly misleading headline about president Bush's Charleston, South Carolina speech on Al Qaeda in Iraq today in theirs titled "W still ties Iraq, 9/11." Following the left's playbook of claiming Bush has illicitly linked Saddam's Iraq to 9/11 their headline made it seem as if Bush, indeed, "still ties" 9/11 to Iraq.

It is, of course, a false claim that Bush linked Iraq to 9/11 either then OR now, but the New York Daily News doesn't seem too interested in the truth. And for the headline to say "still ties" they are certainly saying that Bush is using past tense verbiage. But, for the most part, Bush is clearly talking present tense in his speech and he still never linked "Iraq" to "9/11" in the way the Daily News headline seems to claim.