When President Trump announced them in early January, many in the liberal media thought that the Fake News Awards were a bluff and he wouldn’t go through with them. But after having previously been postponed, Trump unveiled the “winners” Wednesday night. Out of the top 10 instances of fake news, CNN was sloppy enough to win four awards with the top spot going to The New York Times. The awards twice noted a Media Research Center study that showed 90 percent of the media’s coverage of him was negative.

Searches at the Associated Press's main national site and at the New York Times indicate that the last newsworthy thing new Democratic National Committee chairman Tom Perez did was to demand, i.e., not "ask for," as the AP sanitized it, "resignation letters from all DNC (Democratic National Committee) staffers." This means that neither outlet considers Perez's repeated profanity-laced rants last week that Donald Trump "didn’t win this election” newsworthy.

The Washington Post announced Wednesday “We are very excited to announce that Dave Weigel will be joining the Post as a National Political Reporter. Dave will bring his one-of-a-kind perspective and voice to our campaign team.” Being a liberal isn’t “one-of-a-kind” at the Post, but let’s continue.

This is Weigel’s second spin around the Post, having resigned in 2010 over “JournoList,” an e-mail listserv of liberal journalists. The Post PR team completely ignored that, of course. Weigel’s idea of humor was to crack  "I hope he fails" about Rush Limbaugh after the radio host was hospitalized with chest pains.

Alex Wagner, along with her three liberal guests, ripped Jerry Seinfeld on her MSNBC program on Wednesday, for his blast at "creepy" political correctness. Wagner hinted that Seinfeld had "fallen behind the times." New York magazine's Annie Lowrey mocked his critique: "I kind of roll my eyes at Jerry Seinfeld. You know, he's a billionaire – like I don't feel sorry for him if people don't laugh hard enough at his jokes."

His book The Liberty Amendments made the New York Times bestseller list for weeks, and radio host Mark Levin has repeatedly discussed his proposal to amend the U.S. Constitution via a state legislature-called convention on his nationally syndicated program. But to the folks at Slate, the push to make Levin's call for an Article V amendment convention a reality is a "secretive campaign" to "rewrite the Constitution."

Slate writers David Weigel and Emma Roller set out on Tuesday to derisively dismiss the efforts of scores of state legislators meeting at Mount Vernon to discuss how to move forward in their respective state legislatures to push for such a convention (see Slate screen captures below the break; emphases mine):

At the White House on Thursday, President Obama let his radical leftist slip show when he accepted a 67 year-old letter from from Ho Chi Minh to U.S. President Harry Truman given to him by Vietnam's current president Truong Tan Sang and spoke of the letter's contents: "... we discussed the fact that Ho Chi Minh was actually inspired by the U.S. Declaration of Independence and Constitution, and the words of Thomas Jefferson. Ho Chi Minh talks about his interest in cooperation with the United States. And President Sang indicated that even if it's 67 years later, it's good that we're still making progress."

Darlene Superville at the Associated Press relayed what Obama said in the final paragraphs of her report on Sunday without a hint of historical knowledge about mass murderer Ho Chi Minh's motivations for writing that letter. Perhaps she's too young and was so consistently indoctrinated by her teachers about how the U.S. was the "imperialist" and Ho Chi Minh was the "freedom fighter" to know any better. Based on his bio, New York Times reporter Mark Landler doesn't appear to be able to claim that kind of historical ignorance, but he has definitely retained a capacity to make excuses for repressive, murderous regimes. Excerpts from his coverage and a correct rendering of the history follow the jump (bolds are mine throughout this post):

Not just fuzzy math, shabby too.

Chris Hayes, guest hosting on "The Rachel Maddow Show" Thursday, opened a segment with the words, "From the Department of Shameless Schadenfraude." Department of Feeble Attempts at Moral Equivalence would be more accurate. (video after page break)

WaPo Does It Right This Time: Hires Jennifer Rubin to Cover Conservatives

The Washington Post announced Tuesday that it has hired Commentary Magazine contributing editor Jennifer Rubin to write a blog on the conservative movement and the Republican Party.

The move suggests that the Post has learned its lessons from the short run it gave blogger Dave Weigel, who resigned in June after emails surfaced showing him viciously attacking some prominent conservatives. The emails suggested that Weigel was hostile to large segments of the conservative movement, the beat he had been assigned to cover.

This Time Weigel Compares Right to Czars Who Butchered Jews 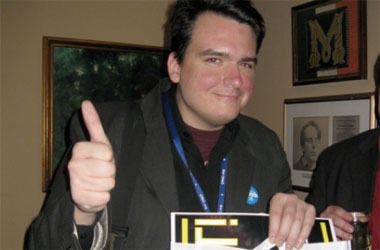 Dave Weigel might have changed jobs, but that's about all. Weigel, the one-time Washington Post blogger assigned to cover conservatives, but who actually bashed them on a regular basis, left the Post only to be hired by another Post-owned publication - Slate.

Now that he's at Slate, he's also up to his old tricks, comparing opponents of the Ground Zero Mosque to the czars who used to murder Jews by the thousands. Oh sure, he doesn't say that, but he does.

First, the pretend conservative complains about the "Greak[sic] Mosque Freak-Out of 2010" and how some Americans think Obama might be a Muslim. He then goes on to bash Powerline blog because they criticized Obama saying "he certainly isn't one of us."  But Powerline was clear, saying that the reason some are befuddled by Obama's religion is those who are confused "interpret his aloof non-Americanism in this way."

At this point, we all know the Dave Weigel saga, which is as a so-called blogger for The Washington Post, he made some disparaging remarks about the people he covered as a conservative beat blogger.

That eventually led to his resignation at the Post and he addressed it on CNN's July 4 "Reliable Sources." Weigel was asked by host Howard Kurtz if in this day and age it was "an uncomfortable fit" for someone to have a lot of opinions and still be a blogger. And according to Weigel, there was despite attacks from what he called "partisan anti-media groups."

"I think there's room for it. I mean, but I think it's going to be the source of a lot of attacks from, you know, partisan anti-media groups who just want to score points against mainstream media organizations," Weigel said. "So, people have to be ready for that. You have to be ready to defend your opinions."

You would think in the wake of the problems with former Washington Post blogger Dave Weigel in addition to abandoned plans by the Post's publisher Katharine Weymouth to charge lobbyists and trade groups thousands of dollars for access "to top congressional and administration officials for $25,000 a plate" at a dinner party her home, the folks at the Post would be a little more careful with their ever-expanding empire of new media. But that's not the case.

According to a July 2 article posted on RawStory.com by Ron Brynaert, there is an undisclosed connection between the Obama White House and the Post. Brynaert notes in the Post's July 2 report from Ed O'Keefe, the whopping $38.7-million payroll of the Obama administration reveals there are three people that aren't taking a salary, which O'Keefe fails to name. One of those is Patricia G. McGinnis, "Advisor to the Obama White House on leadership programs for Presidential Appointees." But there is more to McGinnis, which Brynaert pointed out. (h/t mattsheffield)

"McGinnis' Georgetown biography notes that she "is the former President and CEO of the Council for Excellence in Government, where she created and led a number of innovative programs to improve the performance of government, during her 14 year tenure" and also ‘serves [as] a panelist and blogger for the Washington Post 'On Leadership' website.'"