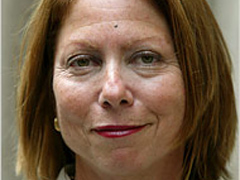 A top editor at the New York Times this week owned up to the paper’s lack of coverage of the controversy surrounding former Green Jobs Czar Van Jones. Rather than leaving it there, however, the editor noted the paper’s minimal online coverage, insisted that the Washington bureau was short-staffed, and suggested that Jones and his contentious positions really were not important enough to cover at length.

The Times did not print an article about Jones and his recently-discovered support of the ‘truther’ movement, which believes that the Bush Administration had foreknowledge of the 9/11 terrorist attacks, until Monday, when it ran a story on the front page.

“The Times was, in fact, a beat behind on this story,” admitted Jill Abramson, managing editor of the paper, in answer to a number of readers’ questions during an online Q&A session Monday. She went on to offer three excuses for the newspaper’s virtual silence on the controversy.

Beyond that, the day-to-day coverage shows a persistent bias on the part of the Times. Waters, a contributing editor to NewsBusters, was on the program to comment on remarks by a McCain communications director Steve Schmidt lashing out at the Times. Below is an excerpt of the transcript [audio here]:

BILL HEMMER, host, "America's Newsroom": Give me some numbers, give me some facts, did you do a percentage breakdown?

CLAY WATERS, director, MRC's TimesWatch.org: I actually did a slight percentage breakdown. I did a month of looking at it, after Obama won the Democratic primaries. I looked at a month of stories, the ratio was pretty stunning. It was three-to-one positive-negative for the Obama coverage.