‘Crossfire’ Reviews Are In and They’re Not Good

One of the worst things a reviewer can say about a television program is that "it has potential,” which usually means the show's not utilizing much of it. That situation was played out on Monday, when the Cable News Network brought back “Crossfire,” a conservative-liberal debate program that had been in television limbo for eight years.

Despite a newsworthy discussion topic -- the fate of Syria, where chemical weapons may have been used by the government on rebels -- and two well-known hosts, GOP former House speaker Newt Gingrich and Stephanie Cutter, deputy manager of President Barack Obama's re-election campaign, critics were not impressed by the first edition of the 30-minute weeknight series. 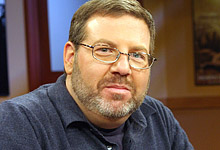 Variety Magazine TV critic Brian Lowry - formerly a reporter for NPR and the Los Angeles Times - surely was not a member of JournoList. But he sure writes like he was. Lowry took a page directly out of the Spencer Ackerman Guide to Dubious Racism Accusations in his most recent column, claiming the Fox News Channel caters to racial fear and resentment to sell its brand.

Lowry provided no examples to back up his claims. He did not give voice to any opposing views. The only evidence he offered to back up his accusations were quotes from "thoughtful conservative" (read: not-so-conservative conservative) David Frum and liberal Washington Post blogger Greg Sargent.

In true JournoLista fashion, Lowry cited Fox's coverage of the New Black Panther scandal at the Justice Department as evidence of the channel's attempts to "delegitimize Obama" by stoking racial fears. Just as Ackerman advocated with the Jeremiah Wright scandal, Lowry cried racism in order to avoid any actual discussion of this administration's strange affinity for racialist radicals - or any of Fox's actual coverage of the scandal.

By Richard Newcomb | December 20, 2007 2:15 PM EST
Apparently the Drudge Report has struck yet another nerve in the mainstream media. Today, Variety magazine reporter Brian Lowry pens a plea for civility- calling out the readers of the Drudge Report in particular. Writes Lowry,

Gee, gang, why so angry? Every time a column or article of mine gets posted on the site, I invariably wake up to a torrent of hostile emails. For awhile, it was like a perverse "Where's Waldo?" game -- "Oh, that one's rage-filled and anti-Semitic -- I must have made Drudge!"