He's certainly not the most popular Republican in the nation right now, but despite being virtually synonymous with the establishment GOP, Sen. John Cornyn, Tx., says the Tea Party has helped Republicans most notably by shifting the focus almost entirely to fiscal issues - and avoiding so called "social" ones.

Matthews: How Do You Make Pompous Republicans 'Pay' for Being Against Everything?

Chris Matthews demanded Republicans be punished for their, as he put it on Tuesday's Hardball, opposition to "everything that tries to solve the country's problems." During a discussion about White House strategy, Game Change co-author John Heilemann suggested to the MSNBC host that Barack Obama should make "Republicans pay for their intransigence," which prompted Matthews to question how best to target Republicans -- specifically Mitch McConnell and John Cornyn --who "pompously" laugh at the President, while opposing, "everything that tries to solve the country's problems?"

The following exchange was aired on the February 2 edition of Hardball: 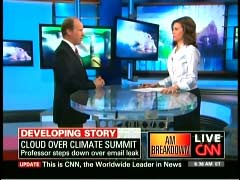 A Challenge for Sen. Arlen Specter

On Thursday I interviewed Sen. John Cornyn, head of the National Republican Sentorial Committee. When I asked him about the NRSC running someone against Sen. Arlen Specter in 2010, given the anger many Republicans feel about Specter's vote on the stimulus bill, Cornyn's answer was basically that he would rather have someone voting with him 80% of the time, rather than a liberal Democrat who would vote with him 0% of the time.

Well, it looks like Sen. Cornyn might be able to get someone who will vote with him more than 80% of the time. Former Congressman Pat Toomey, the current Club for Growth President, announced this morning on Bobby Gunther Walsh's 1-On-1 Show, WAEB, 790AM, that a Primary challenge to Sen. Arlen Specter is now 'back on the table."

Given Specter's abysmal poll numbers in Pennsylvania right now, this is interesting, to say the least.

On Sunday the Associated Press reported these words from Vice President Biden:

Norah O'Donnell just mocked the manhood of the Senate Republicans. The MSNBC host was discussing with Tucker Carlson how—despite making noises about wanting more financial disclosure about donations to Bill Clinton's foundation—Republicans have announced their intention to vote for Hillary's confirmation as Secretary of State nonetheless.

O'Donnell wondered out loud whether the Republicans "have kind of lost their cojones."

Washington Post "Reliable Source" gossips Amy Argetsinger and Roxanne Roberts chronicled the jokes at Thursday night’s Washington Press Club Foundation dinner, including the ones at the expense of the liberal media: