Salon: Pawlenty 'Has His Own Rev. Wright'

The pastor who preached the Easter sermon that Barack Obama heard this past Sunday is not another Jeremiah Wright, Time's Amy Sullivan insists in an April 29 blog "Swampland" blog post entitled "Conservatives Go After Another Obama Pastor."

Sullivan was responding to the complaints of conservative talkers Rush Limbaugh and Sean Hannity, who highlighted some controversial remarks Smith made to a college audience last year:

Ed Schultz: Palin is Racist for Criticizing the Obamas' Connection to Rev. Wright

After spending much of his week accusing Rush Limbaugh of racism, Ed Schultz on Friday made the same absurd claim about former Alaska governor Sarah Palin.

Following in the footsteps of others on his network as well as the liberal blogosphere, the MSNBCer said it was racist for Palin to refer to comments Michelle Obama made in 2008 about never having been proud of her country before her husband started winning primaries.

It was also racist of Palin to mention in her book the Obamas' connection to Rev. Jeremiah Wright (video follows with transcript and commentary): 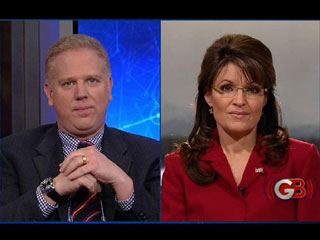 The editors of the mainstream media must think we all have very short memories.

Their latest schtick is to smear conservative talk show host Glenn Beck as a creepy Mormon who has no business influencing evangelicals.

Aside from the disgusting hypocrisy of Mormon-baiting one minute and then bashing Islamophobia the next, these news outlets are also hoping you've forgotten about their recent smearing of evangelicals like Sarah Palin, John Hagee, and James Dobson.

But hey, they shouldn't be held accountable for their own religious bigotry on display in 2008. That was a whole two years ago, and anyway they had a Democrat messiah to protect.

For a flashback at how low the media stooped then, let's review an editorial cartoon shamelessly bashing Pentecostalism that appeared on the Washington Post's website on September 18, 2008:

The Washington Post found it newsworthy that "Beck challenges Obama's religious beliefs after rally in D.C.," but emphasized how Glenn Beck's views could cause a backlash, and papered over Rev. Jeremiah Wright's wild-eyed radical sermons as merely focusing on "the importance of empowering the oppressed." In the story on page A-4, Post reporter Felicia Sonmez made no mention of the president's avoidance of church services while she repeated the White House assertion that he's a "committed Christian." Here's the summation:

During an interview on "Fox News Sunday," which was filmed after Saturday's rally, Beck claimed that Obama "is a guy who understands the world through liberation theology, which is oppressor-and-victim."

After JournoList Exposé, No One Better Ever Deny Liberal Media Bias Again

Managing Editor's Note:  NewsBusters Publisher Brent Bozell today reprimanded members of the press in light of the recently exposed e-mails from the now-defunct JournoList that show a blatant, deliberate campaign to smear conservatives. That statement is published below. Click here for more background on JournoList.

The revelation of these e-mails simply proves that we have been right all along.  The liberal media have no interest in being fair or unbiased.  In fact, they are deliberately violating any sense of journalistic ethics.

There is no excuse – none- for the attitudes and lack of professionalism these so-called journalists displayed not only in these e-mails but in their reporting.  Any member of the media that was privy to these Journolist emails, and remained silent, is just as much to blame as the folks that crafted these e-mails. Their silence indicts them.

We said in 2008 that the media were making excuses for Jeremiah Wright and now we have the proof. Just today we learned from the Daily Caller that these people went so far as to say that Rush Limbaugh ‘deserves’ their hate.  Sadly, I am not surprised, as this is what we have been exposing year after year about the media.  And it’s exactly why Americans refuse to trust them.

In the wake of Tuesday's revelations concerning liberal media members trying to bury the Rev. Jeremiah Wright story in the spring of 2008, one has to wonder how many mainstream organizations played a hand.

On May 5 of that year, at the beginning of an interview with Democrat presidential candidate Barack Obama, CNN's John Roberts said (video available here courtesy Ed Driscoll, relevant section at 3:43):

I want to just stipulate at the beginning of this interview, we are declaring a Reverend Wright-free zone today. So, no questions about Reverend Wright. Our viewers want us to move on, so this morning we're going to move on.

As NewsBusters noted at the time, this came eight days after CNN personalities David Gergen, Tony Harris, and Roland Martin had a discussion about why the media should stop talking about Wright (video follows with transcript and commentary):

The Daily Caller has another scoop on the leftist JournoList e-mails today, recalling when liberal scribes all wanted the Jeremiah Wright story to be dead and buried in the spring of 2008. Jonathan Strong explained "Employees of news organizations including Time, Politico, the Huffington Post, the Baltimore Sun, the Guardian, Salon and the New Republic participated in outpourings of anger over how Obama had been treated in the media, and in some cases plotted to fix the damage."

Stephanopoulos asked, “Do you think Reverend Wright loves America as much as you do?”...The tough questioning from ABC left many of them outraged. “George [Stephanopoulos],” fumed Richard Kim of the Nation, is “being a disgusting little rat snake.”

In one instance, Spencer Ackerman of the Washington Independent urged his colleagues to deflect attention from Obama’s relationship with Wright by changing the subject. Pick one of Obama’s conservative critics, Ackerman wrote, “Fred Barnes, Karl Rove, who cares — and call them racists.”

President Obama's former spiritual advisor, the Reverend Jeremiah Wright, gave a seminar at the University of Chicago last week in which he made numerous anti-Semitic remarks while once again attacking white people.

According to the New York Post, during the five-day course that cost up to $1,000, Wright claimed "whites and Jews are controlling the flow of worldwide information and oppressing blacks in Israel and America."

"White folk done took this country," Wright said. "You're in their home, and they're gonna let you know it."

Despite the astonishingly racist comments during this week-long event, as well as his former connection to the current President of the United States, not one media outlet besides the Post reported what transpired at the Chicago Theological Seminary on the university campus. Not one!

For those that can stand it, here are some more disgraceful things uttered by the man our President worshiped with for twenty years (h/t Weasel Zippers): 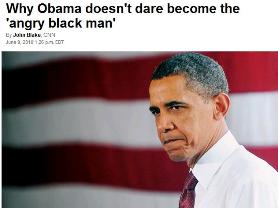 UPDATE - 6/9, 5:45 PM | Lachlan Markay: One of CNN's primary sources for this piece has endorsed the notion that "Rev. Wright's anger about the domestic and foreign policies of the USA are well rooted – and documented – in the current reality of the USA." Details below the jump.

The excuses keep rolling in to explain why President Obama is seemingly detached from the oil spill crisis in the Gulf of Mexico.

This conclusion was offered by four supposed experts (all of whom were sympathetic to Obama), with no one else mentioned to provide any ounce of skepticism.

Apparently CNN's logic goes something like this: Obama grew up being afraid of offending white people, so he developed a natural aversion to public displays of emotion, which means his cool response to the oil spill right now is the final product of white bigotry.

Writer John Blake got straight to the point with his headline "Why Obama Doesn't Dare Become the Angry Black Man." It was all downhill from there (h/t NBer Mr. Shy): 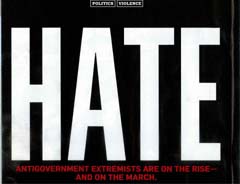 The April 19 Newsweek cover that's shamelessly selling the "remarkable" tale of our economic recovery also promises a story on "Hate on the Right." In fact the word "HATE" takes up half a page, white letters on a black background, with the subhead "Antigovernment extremists are on the rise – and on the march."

Pictures illustrating the article strangely connect Glenn Beck and Sarah Palin with 1930's socialists. The caption read: "Huey Long castigated the rich and Father Coughlin denounced Jews in the 1930s. Today, the microphones belong to Glenn Beck and Sarah Palin." (Beck's previous impassioned rebuttal of the comparison to Coughlin is ignored.) This would not be the first time Newsweek's imagined "right wing" Coughlin as an Obama foil.

Evan Thomas and Eve Conant utilize the usual liberal experts – Mark Potok of the Southern Poverty Law Center, who unloads his usual line about militias "roaring back," and historian Alan Brinkley, who opines that "the current surge of fear and loathing toward Obama is ‘scary,' he says. ‘There's a big dose of race behind the real crazies, the ones who take their guns to public meetings. I can't see this happening if McCain were president.'"

Author Says Obama Is Not a 'Phony' When He Changes His Speech Patterns, He's a 'Translator' 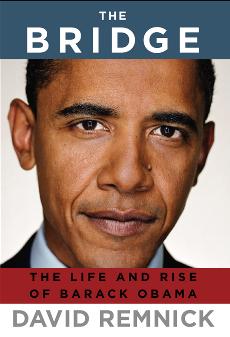 Appearing on the Charlie Rose show on PBS Monday, New Yorker editor (and former Washington Post reporter) David Remnick tried to argue his way out of his new book’s reporting on the phoniness of Barack Obama. Remnick suggested Obama has been a "translator" between races and cultures.

Rose asked him to discuss Reverend Wright. By dumping him, the most significant message Remnick came away with was "He wanted to win," so dumping Wright was essential, and inescapable. But Remnick still tried to claim that "there’s a lot of positive qualities in Jeremiah Wright, and it’s foolish to look past them. He was a social activist. He was utterly committed to his community, a church community that grew."

The "translator" talk occurred as Remnick also tried to revise and extend his remarks on Meet the Press that Obama didn’t have the talents of Ronald Reagan: