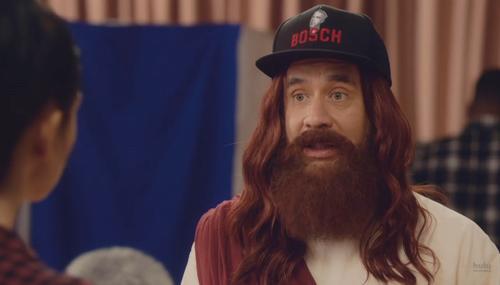 Culture
Lindsay Kornick
November 1st, 2018 11:05 PM
The end is in sight for the latest season of Hulu’s I Love You, America with Sarah Silverman, but that doesn’t stop every episode from being more excruciating than the last. In a true pinnacle of awfulness, she provides a sketch with the voting, swearing, pansexual version of Jesus Christ. It just goes to show that when they go low, Sarah goes lower. 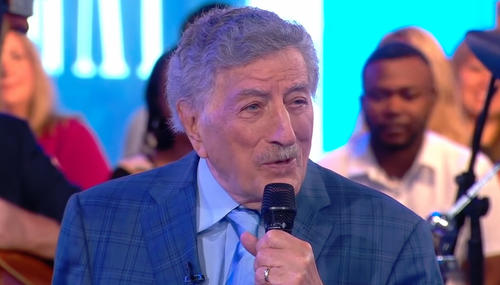 Culture
Gabriel Hays
October 25th, 2018 9:42 AM
The proggies in the music business have just rolled out a lefty-themed music album that will be available for streaming prior to midterm voting. The upcoming album features artists like absurdist Adult Swim comedian Tim Heidecker and legendary singer Tony Bennett, because of course there’s no better way to rile up a left wing mob like an ancient crooner’s lounge music take down of… 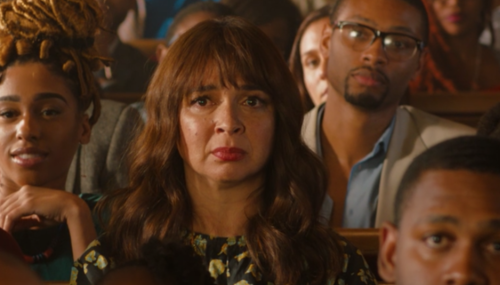 Amazon's 'Forever' Bashes Christianity: 'No God, This is All Bullsh*t'

Culture
Amelia Hamilton
September 17th, 2018 7:57 PM
On paper, the new Amazon Prime original series Forever should be great. It stars Fred Armisen and Maya Rudolph as June and Oscar, a middle-class married couple in California. Those two actors together should have made it a hilarious comedy. Instead, Forever was a rambling and pointless slog and, in the second episode, unnecessarily insulting towards Christians.

Ryan Robertson
September 28th, 2012 1:29 PM
Having spent a considerable portion of their first episode skewering Romney last week, the folks at Saturday Night Live's special "Weekend Update Thursday" program decided to lampoon President Obama, although in doing so, the mockery wasn't as full-throated and nasty as it was against Romney, who was portrayed as a plutocratic racist. Comedian Jay Pharaoh portrayed the… SNL's Fred Armisen an Obama Groupie: I 'Like Him More and More,' 'I've

Kyle Drennen
May 2nd, 2012 5:15 PM
Talking to Meet the Press host David Gregory on the NBC Sunday show's web-based feature Press Pass, Saturday Night Live cast member and Obama impersonator Fred Armisen confessed: "I've grown to like him more and more. You know, I was always – I've just been a fan of his, if you could say that about a president. So that's the other kind of good part of it, is you know… Noel Sheppard
December 12th, 2010 2:12 AM
"Saturday Night Live" began its program last evening with Fred Armisen once again addressing the nation as President Obama. After being literally held hostage by Republicans for three days - "bound, gagged, blindfolded in a dark room somewhere outside Washington" - Obama, in the grips of weird symptoms associated with the Stockholm Syndrome, became a tax cut-loving, Sarah… 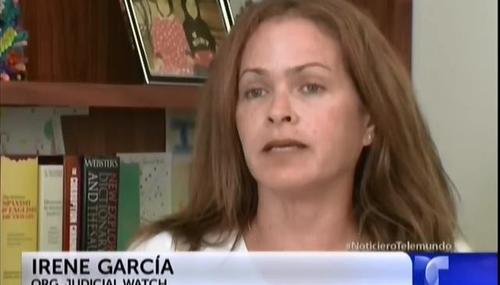 SNL Compliments Glenn Beck: 'He Was Right About Buying Gold

Noel Sheppard
November 14th, 2010 9:33 AM
Glenn Beck has been a favorite punching bag for liberal media members since he moved from HLN to Fox News and started getting huge ratings. The folks at NBC's "Saturday Night Live" have also been on this Beck bashing bandwagon, which made the following sequence during Saturday's opening sketch rather surprising (video follows with transcript and commentary):

Noel Sheppard
May 9th, 2010 10:48 AM
NBC's "Saturday Night Live" last evening did a sketch wherein Times Square bomber Faisal Shahzad complained about his press coverage."I have suffered, and continue to suffer, injustices at the hands of the United States government, which has unfairly accused me of crimes that I did not commit," began Shahzad played by Fred Armisen with help from translator Maya Rudolph."…

Noel Sheppard
April 11th, 2010 5:33 PM
NBC's "Saturday Night Live" last evening mocked President Obama, healthcare reform, and the census while strangely adding what some could find a tad anti-Semitic.Trying to explain why the census isn't "some Socialist plot to spy on the American people," Fred Armisen in what's becoming his signature role walked through the questions being asked of citizens this April.Following…

Noel Sheppard
November 22nd, 2009 10:38 AM
NBC's "Saturday Night Live" really went after President Obama in its opening sketch Saturday evening. Not only that, his policies involving economic stimulus, healthcare reform, and Cash for Clunkers were also exposed as having absolutely no positive or future impact on unemployment. The setup was Obama, played by Fred Armisen, doing a press conference with Chinese President Hu Jintao…

Noel Sheppard
October 4th, 2009 10:28 AM
On September 25, NewsBusters asked, "Will SNL take off the gloves and set its sights on the suddenly stumbling, bumbling President?"On October 3, we got our answer, for on the most recent installment of NBC's "Saturday Night Live," the opening sketch absolutely skewered Barack Obama for having accomplished absolutely nothing since Inauguration Day.In fact, according to actor…