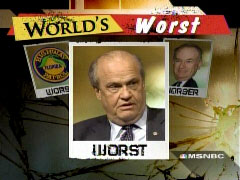 Add Keith Olbermann to the list of MSNBC hosts offended by popular applause lines from Thursday's GOP debate on FNC. On Friday's Countdown, the same day that Hardball's Chris Matthews had earlier compared Mike Huckabee's words regarding the U.S. 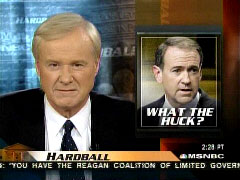 On Friday's Hardball, during the show's regular "Big Number" segment, Chris Matthews went after Mike Huckabee for quipping during Thursday's FNC presidential debate that those who attack the American military should be prepared to see the "gates of hell," as the MSNBC host asked if we're all "learning to talk like jihadists now," and contended that Huckabee's comments earn him a "10" on the "irresponsibility scale.&quo