Word has spread across the Internet of an embarrassing gaffe by CBS News Sunday Morning – the airing of a mock cover of President Bush's memoirs, "Decision Points."

On Saturday's Early Show fill-in co-host Russ Mitchell saw passage of the tax deal as a possible "turning point for Mr. Obama's presidency" and speculated that it was "perhaps setting the stage for another victory as the Senate takes up the repeal of the 'Don't Ask, Don't Tell' law."

In the report that followed, correspondent Whit Johnson declared that with the deal "President Obama could finally declare victory." The headline on screen read: "The President's Big Win; More Success Before The Holiday Break?" Johnson explained "that after months of debate, they [Democrats] finally have the votes to repeal 'Don't Ask, Don't Tell.'" In a report on Sunday Morning, Johnson touted the eventual repeal of the policy on Saturday as a "major victory" for Democrats.

CBS: Gay Community 'Celebrated The End of An Era' With DADT Repeal

At the top of a report on CBS's Sunday Morning, correspondent Whit Johnson proclaimed: "In San Francisco yesterday, they celebrated the end of an era. After nearly two decades, the policy of 'Don't Ask, Don't Tell,' which bans gays and lesbians from serving openly in the military, is all but history." The one-sided segment focused almost exclusively on supporters of repeal.

Of the ten sound bites featured throughout the story, only one, that of Arizona Republican Senator John McCain, was critical of the policy being overturned. Johnson described how "Opponents of repeal...pleaded that such a dramatic change during a time of two wars would put troops in harm's way." However, after the clip of McCain was played, Johnson dismissed critics of repeal: "Democrats got a boost from a recent Pentagon study in which two-thirds of U.S. troops said changing the controversial law would have little impact, a feeling shared by most of America."

On CBS, Laura Bush Calls Out Media for Liberal Bias

During an interview with former President George W. Bush and Laura Bush on CBS's Sunday Morning, correspondent Jim Axelrod wondered: "In terms of how you understand how you are perceived is there a liberal bias in the media?" Mrs. Bush quickly replied: "Yes. He doesn't have to answer, but I will."

Axelrod seemed surprised by her response: "Why do you jump in so quickly?" Mrs. Bush laughed and backed off slightly: "No, I'm only kidding. I really don't know." However, she observed: "I will say that I really do see for most Americans a great feeling of affection for George that you don't read about. Yes, I think there's sort a conventional wisdom that's put out by the press." Axelrod was still skeptical: "And that conventional wisdom tilts left?" Mrs. Bush replied: "Yes."

On Saturday's CBS Early Show, correspondent Wyatt Andrews previewed the Washington DC 'Rally to Restore Sanity And/Or Fear,' organized by comedians Jon Stewart and Stephen Colbert: "Almost all of the folks we found said they hope it's about the moderates of America....Stewart seems to have touched what you might call the anti-anger nerve."

Andrews went on to chide conservative figures for divisiveness: "In a year when the President was called a liar and when Fox's Glenn Beck labeled the President a power-hungry socialist and a Nazi." He described how: "Stewart took Beck on." Andrews then explained that rally participants "told us they wanted less name-calling in the media and more accomplishment in Washington." However, he failed to make any mention of Stewart's own long list of vulgar name-calling incidents.

MRC's Worst of the Week: "Strange Extremists" vs. Our "Effective Hero" Pelosi

With less than two weeks before Election Day, the media elite continue to disparage the GOP’s Tea Party candidates while saluting the greatness of the über-unpopular Democratic Congress and its leader, Nancy Pelosi.

On This Week, ABC’s Christiane Amanpour — apparently oblivious to the decades of liberal mockery hurled at Ronald Reagan and William Buckley — cited those leaders as exemplifying “a long and venerable tradition” of “intellectual conservatism.” Her goal was to insult today’s conservatives: “People are looking at the Tea Party and saying this is not conservatism as we knew it, but it’s extreme.” Conservative George F. Will educated Amanpour: “Which is exactly what they said about Bill Buckley...”

Appearing as a guest on Tuesday’s Joy Behar Show on HLN, liberal commentator Nancy Giles of CBS Sunday Morning declared that she was "tired" of Bristol Palin and asserted that "she makes me ill."

After Behar challenged Giles’s suggestion that Palin was neglecting her baby, the liberal commentator continued: "I know, Joy, I do believe that, but I’m so, she makes me ill, so all bets are off."

Giles eventually admitted to sounding sexist after actress Eve Plumb complained that men are never asked about whether they are neglecting their children, with the liberal commentator conceding: "I know it’s not fair. I sound like I’m sexist."

CBS Puffs Pelosi: 'One of the Most Effective Speakers in Congressional History'

On CBS's Sunday Morning, correspondent Rita Braver conducted a fawning interview with Nancy Pelosi, portraying the widely unpopular Speaker of the House as a strong leader taking on her opponents: "Nancy Pelosi is considered one of the most effective speakers in congressional history....Believe it or not, Republicans are out to fire Pelosi and Madam Speaker is firing back."

Braver began the segment by declaring: "Speaker Nancy Pelosi is all business. Whether it's on her morning walk along the Potomac....Or showing off the private balcony outside her Capitol office." She then lobbed this softball to the "all business" Speaker: "Do you ever let yourself relax and just do nothing? Loaf a little?" Pelosi replied: "I think I may take that up, but not until after the election."

CBS: The Rich to Blame For Bad Economy, Need to Pay Higher Taxes

By Kyle Drennen | September 27, 2010 5:18 PM EDT
On CBS's Sunday Morning, correspondent Martha Teichner promoted left-wing class warfare talking points from former Clinton Labor Secretary Robert Reich: "[He] in a new book points out another ominous parallel between the Great Depression and the 'Great Recession,' its cause." Reich proclaimed: "More and more of the income that was generated by the economy went to people at the top." [Audio available here]

Teichner worked to bolster Reich's argument: "In the last century, there were only two years, in 1928 just before the great crash, and then again in 2007, during which the richest 1% were taking home nearly a quarter of the entire income of the nation." Reich continued his assault on upper income earners: "Last year, when most Americans were suffering, the top 25 hedge fund managers each earned $1 billion. A billion dollars would pay the salaries of something like 20,000 teachers."

Again, Teichner made sure to back up Reich's assertions: "That wage inequality, Reich argues, is at the heart of our economic woes. And to fix things, we need to pay those teachers and the rest of the middle class more, not less, so they can spend enough to kick-start the economy. And yes, that means higher taxes for the rich." 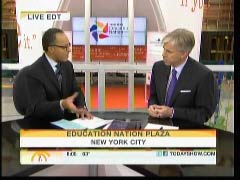 Sunday’s Today show on NBC and Sunday Morning on CBS presented seemingly contradictory polling results on how much ObamaCare is supported by the American public, although both seemed to be citing the same AP poll. As Meet the Press host David Gregory appeared on Today, anchor Lester Holt suggested that Republicans are going against the majority of Americans in promising to repeal ObamaCare as he vaguely referred to polling data and contended, "But new polling out suggests that most people not only do they not want to, don't want it repealed, they want more added to it," and added, "Do Republicans have to refine this message and take a better look at it?" According to the AP poll as reported at msnbc.com, "four in 10 adults think the new law did not go far enough to change the health care system."

By contrast, on Sunday Morning, CBS anchor Charles Osgood briefly recounted numbers from the AP poll which suggested that ObamaCare is unpopular. Osgood: "A poll commissioned by the Associated Press finds just 30 percent of Americans in favor of the new health care law, 30 percent are neutral, and 40 percent oppose it. Four out of 10 respondents say the new law doesn’t do enough to change the health care system."

Returning to NBC, Gregory did not comment directly on whether he believed the poll’s accuracy, as he argued that the Republican message may indeed be successful, and went on to raise the theory from the left that ObamaCare will become more popular as people benefit from it: 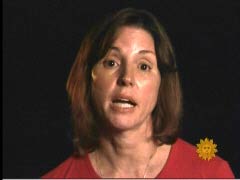 On CBS’s Sunday Morning show, a week after airing conservative actor and economist Ben Stein’s pre-recorded commentary in which he criticized the drive to increase taxes on the already overtaxed wealthy, a liberal response from Syfy Channel producer Linda McGibney was shown in which she personally attacked Stein and other wealthy people as "greedy," and suggested that he "just doesn’t care about" the poor. McGibney: "I suppose he thinks he’s beyond sharing his good fortune with the rest of Americans who are suffering financially or he just doesn’t care about them. ... I have always understood that the have’s are greedy. This is the first time I've heard one of them express it out loud so openly."

She even mocked Stein’s reference to his family’s many pet cats and dogs as if he were counting that as part of his charitable contributions. McGibney: "Now it's time to help the rest of America. And I don't care how many dogs and cats you adopt, how many people you give a paycheck to or how many dollars you make. If Ben Stein believes this tax increase is a punishment, then he's out of touch with the average person."

As she did not address the issue of wasteful spending by government, she asserted that it is "patriotic that I am taxed in this way. I want to help my country," and claimed that it would be "grownup" to accept a tax increase. McGibney: "This is about being a grownup and accepting the fact that we made money during the bogus uptick in the economy."

By Kyle Drennen | September 13, 2010 12:05 PM EDT
In a puff piece on Attorney General Eric Holder on CBS's Sunday Morning, correspondent Rita Braver praised his professionalism: "...ignoring political pressure is Holder's constant message as he talks to Justice Department lawyers....Though he was a key advisor to the Obama campaign and considers the President a friend, Holder says he now keeps it purely professional." [Audio available here]

Throughout the interview, Braver portrayed Holder as lacking any political agenda: "And when he took office last February, he got a hero's welcome. It was in part, he believes, a reaction to cronyism and questionable policies advocated in the Bush-era Justice Department." As Braver mentioned Bush "cronyism," a photo of former Attorney General Alberto Gonzales appeared on screen. Holder proclaimed: "Waterboarding, things like that, from my perspective, inconsistent with the great traditions of this department."

Braver began with some gentle criticism of Holder: "And with controversies over everything –  from his pushing to quickly close the U.S. prison at Guantanamo to his very public condemnation of the new Arizona law that cracks down on undocumented immigrants – even some Holder fans are saying, 'he's honest, he's smart but sometimes he can be a little tone deaf about how things play out in public.'" That gave Holder the opportunity to declare: "I don't have the same latitude that other politicians might have to put my finger up to the wind and figure out what's going to be popular....So it's not tone deafness. It's a commitment to justice and a commitment to the law." Braver then touted Holder "ignoring political pressure."