Earlier today, the Weekly Standard’s John McCormack reported that the Huffington Post had asked author Jack Huberman to document quotes allegedly from Rush Limbaugh declaring that slavery “had its merits” and that the assassin of Martin Luther King, Jr. deserved the Medal of Honor.

The quotes were widely cited as real by several sports writers and on CNN and MSNBC in the past week as proof that Limbaugh was a racist who did not deserve to own part of the St. Louis Rams football team. But the Huffington Post has now removed them, saying the author has not been able to substantiate them.

This editor’s note appeared early this evening on the 2006 blog by the liberal Huberman, who was pitching his then-new book, 101 People Who Are REALLY Screwing America:

By Kyle Drennen | October 14, 2009 6:14 PM EDT
On the June 3, 2009 Rachel Maddow Show on MSNBC, host Rachel Maddow cited a false quote attributed to Rush Limbaugh in which the radio host supposedly said he wanted to award Martin Luther King Jr.’s assassin the Medal of Honor. Since Limbaugh expressed interest in becoming part owner of the St. Louis Rams in October, several MSNBC hosts have repeated that and other false quotes.

Reacting to Limbaugh calling then Supreme Court nominee Sonia Sotomayor a racist, Maddow declared: “When you get called racist by the guy who says the assassin of Martin Luther King, Jr. should get the Medal of Honor, consider yourself honored. Also, nauseated.” Maddow’s dishonest rant was originally reported by NewsBusters’ D. S. Hube.

Before lying about Limbaugh, Maddow attacked former House Speaker Newt Gingrich for also labeling Sotomayor as racist and not fully retracting his statement: “Last week, Mr. Gingrich used Twitter to declare that Judge Sotomayor is a Latina woman racist.  Today, he issued a statement that seemed designed to take credit for retracting that comment without actually retracting it.” Viewers are still waiting for MSNBC to retract its charge of racism against Limbaugh based on fabricated quotes.

White House Defends Attacks on Fox News: 'They Will Say Anything' 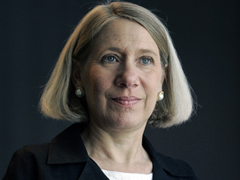 The White House is stepping up its attacks against the Fox News Channel, labeling it a bastion of stilted and opinionated journalism. A top administration communications official has called the Fox "opinion journalism masquerading as news," and vowed to wage a war of ideas against the network.

Speaking with Time Magazine, White House Communications Director Anita Dunn said that the administration intends to be "more aggressive rather than just sit back and defend ourselves, because they will say anything. They will take any small thing and distort it."

The White House blog has begun singling out and taking on the cable news network. Recent blog posts carry pejorative headlines such as "Fox Lies," and "even more Fox lies." Time calls Dunn the "general" of this anti-Fox campaign.

Remember back just a few short months ago - when thousands, if not millions, of Americans were protesting out-of-control government spending and other policies favored by President Barack Obama's administration?

Surprised by the resounding turnout, the usual lefty talking heads on MSNBC, specifically on "Countdown with Keith Olbermann" and "The Rachel Maddow Show," explained the protests away as being fake grassroots aka AstroTurf.

Fast forward to Oct. 7, when both Olbermann and Maddow started laying down AstroTurf of their own. They encouraged free health care clinics to be held in the states of six Democratic senators that are not in lockstep with the left-wing agenda on health care reform.

This is perhaps a pretty desperate way for MSNBC host Rachel Maddow to try to resonate with her liberal viewers.

First she set her sights on Inhofe, who recently announced he would be making a trip to Copenhagen to offer an opposing U.S. perspective on the issue of global warming. Inhofe, who is the ranking Republican on the U.S. Senate Committee on Environment and Public Works, has been one of the most outspoken critics of efforts to force the U.S. government to enact economy-wrecking policy by putting limits on carbon emissions.