As Tim Graham noted this weekend, the Times "messed up in its attempt at yet another juicy Abu Ghraib story."

Reporter Hassan Fattah’s interview with Ali Shalal Qaissi, who claimed to be the subject of an infamous Abu Ghraib photo, made the front page of the March 11 Times, complete with a picture of Qaissi holding a photograph of “himself” -- that archetypal image of a hooded man standing on a box attached to wires.

The headline trumpeted: "Symbol of Abu Ghraib Seeks to Spare Others His Nightmare."

Michelle Malkin has a nice roundup of reports on how the New York Times messed up in its attempt at yet another juicy Abu Ghraib story. Does this correction from the Times give you confidence about the media's professionalism?

The Washington Post reported yesterday on A-6 that the Food and Drug Administration announced two more women have died from infections after using the RU-486 abortion drug cocktail. Marc Kaufmann's story offered some balance, pairing Vanessa Cullins of Planned Parenthood with Wendy Wright of Concerned Women for America:

A researcher with the Democratic Senatorial Campaign Committee (DSCC) will be charged by federal prosecutors for "fraudulently obtaining a credit report on Maryland Lt. Gov. Michael S. Steele, now a Republican candidate for U.S. Senate." The Washington Post buried the story on page B4 yesterday (Thu.

A new book by veteran New York Times economics reporter Louis Uchitelle calls for a doubling of the minimum wage. “The Disposable American: Layoffs and Their Consequences" goes on sale next week, but judging by the early reviews and official description, it will be faithful to Uchitelle’s liberal reporting on economics and business:

Free Speech for Palestinian Terrorists, But Not for "Racist, Fascist" Muhammad Cartoons

Over at TimesWatch on Thursday, Clay Waters tackled a controversy over a postponed play celebrating the life and activism of Rachel Corrie, an American-flag-burning activist for Israel-hating Palestinian terrorism. The third anniversary of Corrie’s death by standing in front of an Israeli bulldozer drew Jesse McKinley to write in the Times about how a Manhattan theatre company was delaying its staging of a British Corrie-celebrating play drawn from her life and writings. 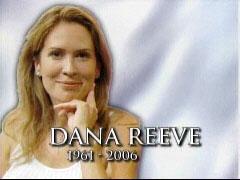 The national media was full of broken hearts last week when Dana Reeve died at 44, after nearly a decade of caring for disabled “Superman” star Christopher Reeve. It was obvious from the coverage that this woman had won hearts and made friendships in the media elite. But something strange happened in all the laudatory waves of coverage. Someone shrunk her activism.

This is an interesting article. By interesting, I mean convoluted and misleading. The header, in a rare inversion of typical news, is closer to the truth than the article itself is.

At the University of California Berkeley, Iraq correspondents discussed the controversy over whether or not journalists can provide an accurate picture of the situation in Iraq.

Those in attendance: Anna Badkhen of the San Francisco Chronicle, Jackie Spinner of the Washington Post, John Burns of the New York Times and Mark Danner, a Berkeley journalism professor and contributor to The New York Review of Books.

In his Monday “Grapevine” segment, FNC's Brit Hume relayed how “in an interview with TV host Bill Maher over the weekend,” New York Times Baghdad Bureau Chief John Burns “remained pessimistic, but also said that now, quote, 'U.S. military and diplomatic leadership in Iraq is about as good as you could possibly get,' end quote, and he said the U.S. team there has, quote, 'got the formula more or less right.'” But, Hume lamented, “by the time the trade publication Editor & Publisher had edited and published the Burns interview, you wouldn't have known any of that. The magazine ignored it all, instead leading with the fact that Burns, it claimed, was for the first time predicting U.S. 'failure.'" Indeed, the headline over the story by E&P Editor Greg Mitchell proclaimed, “John Burns, Back from Baghdad: U.S. Effort In Iraq Will Likely Fail.” (Transcripts of Hume and Burns, as well as an excerpt from the E&P article, follow.)