Barack Obama, liberal? Surely you jest. Rachel Maddow found the suggestion so silly, she literally burst out laughing. The Air America host was part of this evening's panel on Race for the White House. David Gregory couldn't complete his reading of Rich Lowry's take on Obama before Maddow let loose.

Obama represents a rejection of triangulating Clintonism. He had no Sister Souljah moment during the primaries. Indeed, he initially embraced his Sister Souljah, in the form of the Rev. Jeremiah Wright, introduced to the public in videotaped anti-American rants. Nor did Obama make any creative policy departures, like Clinton's advocacy of welfare reform in 1992. Obama is the fullest flowering of liberal orthodoxy since George McGovern. And yet his candidacy might not be electoral suicide. He has formidable gifts as a politician; he's eloquent, winsome, a quick study. He confronts a Republican Party that, beset by intellectual exhaustion, congressional scandal and an unpopular incumbent president, teeters on the verge of a Watergate-style meltdown. So Democrats contemplate the delicious prospect of having their purity and victory, too.

As Gregory speaks the words "Obama is the fullest flowering of liberal orthodoxy since George McGovern," Maddow can be heard laughing off camera. When Maddow's turn came to comment, she tried to make the case that Obama doesn't make it as a real liberal.

On Sunday, my colleague Warner Todd Huston apprised readers of a truly disgraceful Newsweek article which continued to demonstrate just how in the tank media are for Democrat presidential candidate Barack Obama.

On Monday, the good folks at National Review Online were similarly outraged, and expressed concern about Newsweek's obvious lack of impartiality.

First up was Jim Geraghty who took issue with Newsweek's reference to the McCain campaign's "letter suggesting Obama was the candidate of Hamas" without explaining what precipitated it: 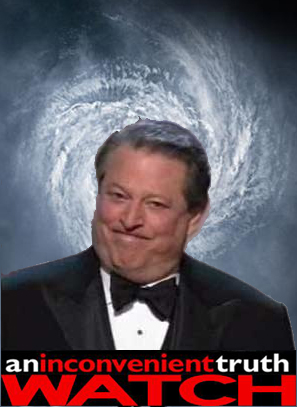 As media turn against ethanol due to the growing international food crisis, there's one idol they need to topple: Nobel Laureate Al Gore.

After all, this man has not only been strongly advocating the use of biofuels for years, but has also admitted to having investments in companies involved in such agri-business.

Matthews: I Began as a WFB Conservative

In the course of offering a tribute to William F. Buckley, Jr. on this afternoon's Hardball, Chris Matthews made a surprising revelation: that he came to political consciousness as a WFB conservative.

You'll find the transcript of the Hardball host's remarks below, but I'd encourage you to view the video, here. See if, like me, you're struck by the heartfelt nature of his comments.

CHRIS MATTHEWS: If you want to influence someone, get to him or her in high school. It's my experience that people at that age are the most impressionable, the most searching for guidance, for example, for purposes. It was in high school that I came under the charm and the influence of William F. Buckley, Jr., the dashing, charismatic young conservative who wrote God and Man at Yale, McCarthy and His Enemies, and founded the wistful, precocious, companionable monthly, National Review. As a high schooler, I could tell you which drugstore got National Review first. I went to hear Bill Buckley at a meeting of the Montgomery County Young Republicans. It was from National Review that I gained my early affection and appetite for political philosophy and argument. 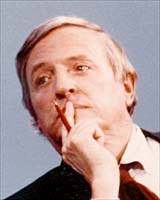 After year of illness, he died while at work; if he had been given a choice on how to depart this world, I suspect that would have been exactly it. At home, still devoted to the war of ideas.

As you might expect, we’ll have much more to say here and in NR in the coming days and weeks and months. For now: Thank you, Bill. God bless you, now with your dear Pat. Our deepest condolences to Christopher and the rest of the Buckley family. And our fervent prayer that we continue to do WFB’s life’s work justice.

Please keep the Buckley family in your prayers.

As NewsBusters reported Sunday, the mainstream media in general have shied away from truly examining the racist campaign strategy recently being employed by the Clintons in their effort to defeat Barack Obama for the Democrat presidential nomination.

One huge exception is NBC's "Meet the Press," which on Sunday, with the assistance of guests Maureen Dowd of the New York Times, Chuck Todd of NBC News, and Byron York of the National Review, went a long way towards possibly ending this disgraceful race baiting by a man that used to fashion himself as being the first black president.

Regardless of what folks might think of the political leanings of Russert and Dowd in particular, all present and associated with this segment are to be enthusiastically applauded and thanked for going where few media outlets dare (partial transcript follows, video available here, relevant section begins at minute 27:25):

You don't normally associate liberal pet causes like global warming with fascism, but National Review Editor at Large Jonah Goldberg makes a good case for why you could.

Goldberg appeared on January 15 at a Borders Bookstore in downtown Washington, D.C. to promote his new book, Liberal Fascism. According to Goldberg, tactics like comparing climate change skeptics to people "who believe that the Earth is flat," is comparable to those used by the power brokers within the rise of fascism during the early 20th century.

"The only people who say we need to get beyond ideology, get beyond labels, are the people who want you to shut up, you to stop disagreeing and agree with them," Goldberg said.

Discussing the controversy surrounding his latest campaign ad and the broader issue of his invocation of religion in his political campaign, the normally good-natured Mike Huckabee turned . . . cross on this morning's Today. And while contending he wanted to promote a kinder tone at this time of year, the candidate came prepared to take some pointed shots at Mitt Romney.

Byron York over at the National Review's Corner blog is reporting that the Senate has just voted 72 - 25 condemning MoveOn's "General Betray Us" advertisement published by the New York Times last Monday (h/t's to Charles Johnson and Glenn Reynolds).

This raises an interesting question: How will media report this vote?

Here is the actual text of the amendment:

When this issue was raised on the most recent installment of "Reliable Sources" - that Bush had a meeting Friday attended by ten military bloggers - it seemed almost a metaphysical certitude the President would be lambasted for catering to the extreme right.

Surprisingly, such was not the case:

New Osama Tape: Was It Fake? There has been a lot of talk in the blogosphere about Osama’s beard.Was it fake? Was it dyed?

There has also been a lot of discussion about the politics in the video. Some suggesting they sound a lot like the American left.

There are a lot of oddities that open up questions on the authenticity of the latest Al Qaeda propaganda. Michael Leeden, at the Corner, ponders whether this was really Osama with many good points. Another significant find was pointed out by the leftist site, Booman Tribune.

"Osama Bin Laden’s widely publicized video address to the American people has a peculiarity that casts serious doubt on its authenticity: the video freezes at about 1 minute and 36 seconds, and motion only resumes again at 12:30. The video then freezes again at 14:02 remains frozen until the end. All references to current events, such as the 62nd anniversary of the U.S. atomic bombing of Japan, and Sarkozy and Brown being the leaders of France and the UK, respectively, occur when the video is frozen! The words spoken when the video is in motion contain no references to contemporary events and could have been (and likely were) made before the U.S. invasion of Iraq."

Bryan at Hot Air lets loose on the New Republic's Peter Beinart for his magazine's silence on the Scott Thomas Beauchamp scandal, even as Beinart appeared on an National Review Online vlog to defend the leftist fabulist.

I’ve tried to keep all emotion out of the TNR’s Scott Thomas Beauchamp scandal, but frankly, Peter Beinart’s defense of TNR in today’s What’s Your Problem (on NRO) made my blood boil a bit.