By P.J. Gladnick | April 2, 2010 8:05 AM EDT
Kudos to William Douglas of McClatchy newspapers. That reporter can write and file stories with amazing speed. One such story was this article that Douglas filed about the March 20 Tea Party protest in Washington, D.C. where racial slurs were supposedly hurled. Jack Cashill of American Thinker was so impressed with the speed in which Douglas wrote his story that he wrote this American Thinker blog about this feat accompanied by a video. Here is Cashill as he observes with awe how quickly Douglas wrote his McClatchy story:

...I checked with my source on the scene, Greg Farrell, to get a timeline on the passage of the Black Caucus members from the Cannon Building to the Capitol and back.  According to Farrell, they left the Cannon Building about 2:30 PM on March 20th and returned about 3:15 PM.  He had no reason to exaggerate.

I asked because at 4:51 that same day, McClatchy reporter William Douglas posted an article on the McClatchy website with the inflammatory headline, "Tea party protesters scream 'nigger' at black congressman."

In other words, Douglas, with an attributed assist from James Rosen, managed to interview representatives John Lewis, Emanuel Cleaver, and Barney Frank, compose an 800-word article, and have it edited and formatted for posting within a 90-minute window. 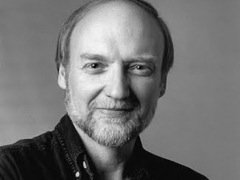 Would anybody at the ailing McClatchy Newspapers care to point out to us even the slightest hint of neutrality in the reporting of two correspondents for that chain, Jonathan S. Landay and Warren P. Strobel, on former Vice President Dick Cheney's speech yesterday about terrorism? You sort of get the idea where these two are coming from just by reading the title of their report: "Cheney's speech contained omissions, misstatements." And in case you still haven't figured out their biases, Landay and Strobel hammer it home again in the first paragraph:

The rest of the report sounds like it came straight from a DNC talking points memo as written by Lawrence O'Donnell. In fact you could almost hear them echoing O'Donnell's unhinged scream in the background which you can see in bold:

One measure of how far newspapers in general and McClatchy newspapers in particular have fallen is a mock newspaper front page (image below the fold) created by workers at the Raleigh News & Oberver making fun of their McClatchy CEO Gary Pruitt (photo). Pruitt, who went on a disastrous spending spree a few years ago buying up doomed newspapers, including the Miami Herald, is widely credited for bringing McClatchy newspapers to the brink of financial collapse.

This issue of the mock News & Observer  front page was published in honor of the 31 employees who were released from their jobs yesterday. The publication was professionally produced and features a photo of many of the released employees waving goodbye from the roof of the News & Obrserver.

The headline of the mock front page states:  "We'll get off at this next port, please."

Below, the subhead continues the thought: "But Do Enjoy The Rest Of The Voyage---Mind The Icebergs."

By P.J. Gladnick | April 21, 2009 8:26 PM EDT
Talk about a divorced from reality headline! Check out this McClatchy Newspapers headline: "Liberal TV Host Rachel Maddow Works for Civility." The article itself, dateline Los Angeles by Rick Bentley, follows the lead of its fawning headline:

Maddow had been hosting her own show for just over four months when she sat down to talk at the Universal Hilton. This wasn't a chat about politics. It's all about her.

Stand by now for the money quote and please put down your coffee cup while reading it or risk a drenched computer screen:

So says MacsMind (via Flopping Aces via Minority Report via Jeff Emanuel at RedState).

MacsMind's post is in response to an all-too-predictable gusher delivered by Democratic operative disguised as Associated Press reporter Jennifer Loven on April 7 (bold is mine):

Cheered wildly by U.S. troops, President Barack Obama flew unannounced into Iraq on Tuesday and promptly declared it was time for Iraqis to "take responsibility for their country" after America's commitment of six years and thousands of lives.

"You have given Iraq the opportunity to stand on its own as a democratic country," the president said as he made a brief inspection of a war he opposed as candidate and now vows to end as commander in chief. "That is an extraordinary achievement."

MacsMind contends that the troop contingent was contrived, based on an e-mail he says he received "from a sergeant that was there." The corresponding sergeant also dropped a telltale clue (in bold):

OK, before we even get into the latest banal attack on Governor Palin's extended family perpetrated by the McClatchy newspaper chain, I would like to ask a few questions about "Those crazy Palins: Todd's half sister indicted in break-ins."

Has McClatchy ever had any headlines like this: "Those Crazy Kennedys"? After all, there is a wealth of craziness with that demented clan. Or since we recently had Obama's half brother denied a visa to England over his rape charges -- not to mention his illegal immigrant aunt -- how about a headline like this: "Those Crazy Obamas"? Did we ever see a headline about "Those Crazy Clintons" when we discovered all the financial misdeeds and drug busts of Hillary and Bill's extended family? How about Carter? Did good ol' Billy Carter ever cause McClatchy to say "Those Crazy Carters"?

What is the result of an incredibly fawning newspaper puff piece about a new senator in which the subject of the story displays her supposed independence from President Barack Obama by voting for every piece of his legislation? An extremely hilarious demolishment of the story by an astute blogger. Such was the case with McClatchy Newspapers reporter Barbara Barrett whose puff piece article  about new North Carolina senator, Kay Hagan, was amusingly demolished by blogger Bane Windlow of Carolina Politics Online. To get the full flavor of Windlow's demolishment of Barrett, I will place his comments in [brackets] following Barrett's over the top puffery. You can tell where reporter Barrett is coming from just by reading the first paragraph of her paean to Senator Hagan trying passing itself off as an authentic news story:

The Democrats' newest female star senator, Kay Hagan, surged into office last fall, swinging on the coattails of Barack Obama and his progressive message of change. 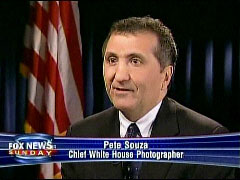 The Obama White House is serving as a convenient new employer for members of the media as news outlets downsize, but would they have felt so comfortable coming aboard a GOP President's staff? The latest hires: Three news photographers -- from Time magazine, Cox Newspapers and U.S. News & World Report magazine -- are joining the team of photographers snapping pictures at events and meetings in and around the White House complex.

The chief White House photographer, Pete Souza, “announced the hires to PDN,” DCRTV.com reported Thursday in picking up the item from the week before on the Photo District News site. Souza had already tapped photographers from the McClatchy-Tribune News Service and the Associated Press.

Truth to power? Give me a break.

Mark Levin mentioned a report by McClatchy's Steven Thomma tonight on his show. When I heard Levin read from it, I assumed that when I went to the web page that McClatchy would label it as "analysis," or "background," or something similar.

Nope. Apparently, it's supposed to be a straight news story.

Thomma writes as if world peace and civility were salvaged because President Obama supposedly brokered an agreement on an important matter. It wasn't a treaty, which would require ratification by the Senate. It was a (non-binding) pact, "calling for" certain things. And the thing that was the hang-up was (I'm not really typing this, am I?) whether or not certain tax havens, which everyone who needs to know about already is fully aware of, should have their names published in an attempt to shame them. Not the names of the people taking advantage of the havens, just the havens themselves.

As fellow NewsBuster Noel Sheppard would say, "I kid you not."

Shake your head in amazement as Thomma actually treats the naming of well-known tax havens as important and takes dictation from the White House:

In a like vein as the story I posted a few days ago showing Reuters helping cover for Obama by lowering expectations, a trio of stories -- two from McClatchy and one from the AP -- prove to be little more than empty Obama boostering with little worth as news, though the AP piece at least comes close to being newsworthy. Unfortunately, this is the sort of empty reporting that has become du jour for the Old Media. It's the media's covering for the Clinton's all over again, yet 10-times more intense.

The first story is the most frivolous. It is a McClatchy story about how great Obama dresses. In "Review: Obama's fashion sense is cool but correct," we are regaled about what a fashion plate The One is. (Also covered by P.J. Gladnick)

By P.J. Gladnick | January 6, 2009 7:57 PM EST
The late Mr. Blackwell could have gotten a job as a political reporter for McClatchy newspapers. Should you doubt this assessment, then check out this McClatchy newspapers report about Barack Obama written by  Halimah Abdullah which was described by McClatchy Watch as sounding like a cross between GQ and Teen magazine. A video showing Obama "Yes We Can" power ties was even included at the top of the story. You won't find a trace of political analysis in the story by this political reporter but it is chock full of fashion:

WASHINGTON — President-elect Barack Obama radiates a certain stylistic sophistication that's at once Kennedyesque in its reverence for clean-cut, American style and modern in its confident embrace of a look that's both effortless and urbane.