The left and the media love to hyperventilate about the right wing “hate speech” on the Internet, but the anger and vitriol of the left dwarfs that of the right, especially where female or minority bloggers are concerned. Hateful comments are not uncommon at lefty blogs like Daily Kos. That kind of hostility forces the Huffington Post to occassionally close comments on articles involving certain topics like Israel, the military or even Margaret Thatcher.

Pictures of them are photoshopped into violent or sexually explicit positions, and they are stalked, online and occasionally offline. Liberals track down their addresses and phone numbers and leave obscene messages, even threaten rape. Moderate blogger Ann Althouse nailed the root of the hostility, “...people on the Left think you are evil if you don't agree with them, that you're actually a bad person” (all bold mine).

As my colleague Mark Finkelstein reported Thursday, Obama's spiritual leader for the past 20 years has encouraged his congregation to sing "God Damn America," stated from the pulpit that our nation is the "U.S of KKK A," and declared that America deserved to be attacked on 9/11.

On Friday, Obama tried to distance himself from these abominations:

The title to this article is exactly how I'd write it if I were a political hack trying to drum up a faux controversy for use by other political hacks in the mainstream media. Which is exactly what Sam Stein of the Huffington Post did on February 12th as he broke out the yellowkid journalistic mold for a fantasy leftist hack attack on John McCain headlined in giant font, McCain Received $100,000 From Firm Of Abramoff Notoriety.

Before I comment further on the idiocy of Stein's assertions it is only fair that I mention that there is nothing in his article that isn't true just as there isn't anything untrue in mine here. Barack Obama did in fact receive over $80,000 from the same firm that Stein tries to hang John McCain with. In addition both John McCain and Barack Obama were eclipsed by the $162,450 amount received by Hillary Clinton from employees of the same jaded firm.

If Only That Texas Pol Cornered by Matthews Had Said This

Someone should tell Chris Matthews to go pick on someone his own size . . .

Matthews enjoyed himself at the expense of a local legislator during last night's MSNBC coverage of the primaries. Kirk Watson [shown in a clip from today's Morning Joe] is a state senator from Texas and an Obama supporter. Matthews cornered Watson at length over his inability to name specific accomplishments by Barack. Credit Kirk for keeping a smile on his face, but there's no denying he was put badly on the spot [HuffPo speaks of Matthews having humiliated the guy].

View the exchange here, via HuffPo.

Carlson sent an e-mail to someone suggesting that, as far as Hillary Clinton's candidacy is concerned:

..... I covered the Clinton White House for 8 years and don't think it would be good for the country to go back there.

Not according to Marsh, who launched into a major rant:

"Some suggest that the fact that Bain Capital owns a major stake in Clear Channel is on Sean's network, maybe there's a correlation. I don't know."

The Sean he was referring to had to be none other than Sean Hannity, America's number-two talk radio host behind Rush Limbaugh.

On Tuesday, in a report concerning MSNBC's Keith Olbermann publishing his first article at the liberal website Daily Kos, NewsBusters pointed out that the "Countdown" host certainly "knows exactly who his audience is, and exactly what they want."

This observation was demonstrably confirmed by Olbermann himself on Friday when in his second posting at DKos, he actually apologized to readers for having Lawrence O'Donnell on as a guest the night before.

To set this up, as NewsBusters reported last Friday, O'Donnell had written an article at the Huffington Post harshly critical of Democrat presidential candidate John Edwards.

This didn't sit well with the Kos Kidz, nor, according to Olbermann, did O'Donnell's appearance on "Countdown" Thursday evening (emphasis added, h/t NB reader Thomas Stewart and Inside Cable News):

HuffPoster Whacks Couric For Proclaiming Her Ignorance of Huckabee 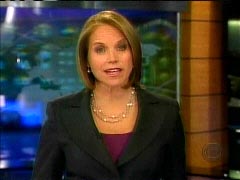 Rachel Sklar at The Huffington Post's Eat the Press page certainly flies a flag for feminism. She frowns at anyone discussing Hillary's cackle or cleavage. In any socio-political squabble between a Katie Couric and a Mike Huckabee, she would clearly be in the Katie Corner.

Columnist Ann Coulter should probably not sign up to be a guest on Bill Maher’s HBO show anytime soon. Maher writer Chris Kelly took her column on the death and funeral of her father, John Vincent Coulter, and mocked her and the dead man relentlessly on The Huffington Post. He even compared her dead father to Hitler. Remember, in our Special Report, we recalled Arianna Huffington proclaimed her site wouldn’t be known for "flame-throwing, name-calling, and simplistic attack dog rhetoric." (What a pile of souvlaki that boast was.)

Chris Kelly, who on this day qualified as the Least Compassionate Man in America, explained he had "taken the liberty of going through the eulogy -- cutting the Kennedy material -- and punching up the rest." Such as:

The longest baby ever born at the Albany, N.Y., hospital, at least as of May 5, 1926, who grew up to be my strapping father, passed away last Friday morning.

Dontcha love it when liberal media elites eat their own in public?

Assuming you do, the cat and dogfight that took place at the Huffington Post Friday is sure to brighten up your Sunday evening.

About three hours later, Pulitzer Prize-winning author Jane Smiley posted a piece entitled "Shut Up, Larry," wherein she imagined that O'Donnell must be a Republican paid by Karl Rove to write the aforementioned article about Edwards (emphasis added):

Well, this strays from the usual silliness and less than credible work over at the Huffington Post and gets closer to a style of treasonous support for our espoused enemies than it does the normal fare. In a posting by one Hooman Majd, an Iranian born writer who dabbles in the music business, we are treated to the absurd conspiracy theory that the U.S.

On a Wednesday blog entry on The Daily Nightly, NBC anchor Brian Williams candidly admitted the media screwed up in expecting a massive Obama wave, but then said "virtually everyone got it wrong." He also said "Give us a few weeks – we will promptly forget the lessons of this debacle in polling, predictions and primary politics" and "live to screw up another day."

But then, Williams went back to swooning over the historic moments of Obama touching voters in Lebanon, New Hampshire, and his "beautiful, soaring concession speech." He even defended Obama for thinking he was going to win big: "A colleague of mine contends Obama got caught up in the history he was making. I don't think that's quite fair. The candidate didn't change his message as much as Iowa changed the way we heard it. That day, I saw people embrace Obama the way people embrace loved ones returning from foreign battlefields."

Doesn’t Williams see that once again, he’s only underlining his utter lack of objectivity and identifying himself as Swooner-in-Chief? (Another sign he doesn’t care about the appearance of objectivity: he allows this swoon to be cross-posted for the trendy Left at The Huffington Post). It seems more plausible that he wants fellow liberals to know that he is one of them and yes, he, too, is caught up in the magic.