New York Times education columnist Michael Winerip filed a fact-filled column Monday on the dramatic unraveling of an unprecedented cheating conspiracy that pushed test scores up in Atlanta public schools, “Cracking a System In Which Test Scores Were for Changing.”

Yet in August 2010, the Times was puzzled as to why Atlanta school superintendent Beverly Hall, who is now under suspicion, was still under fire: "Even after an independent investigation recently found that the problem was much less widespread, critics have called for her resignation and attacked the investigation’s credibility."

They are worse than we knew.

The people who run the Masters are not just stubborn rich guys who don't want female members cluttering up their precious fairways, although that is bad enough. 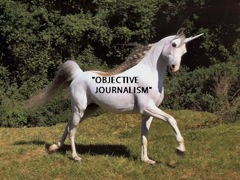 Sometimes it gets frustrating when the liberal media refuses to admit that it is just that--liberal. But every now and then, some light shines in on its true ways.

It should hardly be a surprise that a newspaper called the Atlanta Progressive News would be the one to lift the veil of objectivity. But it is nice to see at least one liberal media outlet admit that--in the words of David Axelrod--it has a perspective.

The Progressive News recently fired one of its veteran reporters. The reason given: he was simply too objective, and refused to give the news a liberal bent. Now, the newspaper is openly liberal, so the move wasn't a sacrilege against traditional standards of journalism.

But it was a refreshing departure from the traditional media's self-deception when it comes to reporting the facts. The Progressive News obviously has no illusions about its "perspective," and is not hesitant to share it:

Paper Reports on Itself?

I think this is an example of the distraction that the Internet and the New Media have driven the Old Media to, but it seems that the Ledger-Enquirer of Columbus, Georgia was so amazed that someone finally paid attention to its work that it had to write a whole story about itself to brag about how many webpage hits it got on a recent story by staffer Lily Gordon.

The L-E was all excited that it got "more than 1,000 comments" and received "712,251 page views" after Gordon's July 14 story headlined, "Soldier balks at deploying; says Obama isn’t president."

Whoops! Lesbian 'Person of the Year' in Gay Press Goes Straight With Baby

In December 2005, Kerry Pacer, then 17, was featured on the cover of the national gay news magazine The Advocate as its "Person of the Year" — making her the youngest gay person to achieve that honor – for fighting for a "gay-straight alliance" at White County High School in Cleveland, Georgia.

On Monday’s Countdown show, MSNBC host Keith Olbermann compared Republican Senator Saxby Chambliss’s 2002 campaign against then-Democratic Senator Max Cleland of Georgia to a "turkey-killing machine," as part of a segment with Bloomberg News’s Margaret Carlson, formerly of Time magazine, in which the duo mocked Sarah Palin’s part in a campaign rally for Chambliss. Olbermann: "What is the more grotesque event to be standing in front of and not paying attention to?

But Why Does The AP Report Ignore Key Part of Story?

Remember when you were a young school kid and you drew a vampire during the week of Halloween? Remember how the blood was always dripping down from his menacing, pearly white teeth? Remember how it was all in good Halloween fun? Well, you can just forget THAT mister, at least if you are a 5th-Grader in the Savannah-Chatham school system in Georgia. In Georgia, if you draw a vampire you get called a gang member -- even when you were assigned to make the drawing -- and then you get sent to "psychological evaluation" as if you are some mentally disturbed monster. Then they kick you out of school... for a Halloween drawing. Really.

The Savannah Morning News gives us the gruesome story of another touchy-feelie teacher gone stupid and another poor little kid lost in "zero-tolerance" hell this Halloween week.

When Jordan Hood was assigned the task of drawing a "scary Halloween mask," he innocently drew a scary vampire. His art teacher even helped him out with a few of the details. But then came home-room teacher Melissa Pevey (amusingly, even her name sounds pent up) who decided that, far from Halloween fun, little 5th-grader Jordan was obviously a violence prone, mentally disturbed, gang member. So in a harrowing Halloween experience that had no fun in it at all, Pevey had him paraded down to the principal's office where he was confronted by the police and assigned "psychological evaluation" as a punishment for his artistry.

Newspapers Continue to Cover Up Liberal Slant of Families USA

News agencies across the country are still largely refusing to inform readers of the liberal-leanings of Families USA. The organization has a fresh crop of new news articles thanks to its latest study.

In March, Families USA published a report which attributes lack of health care coverage with premature death. Local newspapers across the country are attracted to this report because it includes state-specific data that give the number of fatalities in each state which are linked to a lack of insurance.

You might remember Families USA from its advocacy for expanding the State Children’s Health Insurance Program (SCHIP) which would have increased the income eligibility limit from 200 percent to 300 percent above the Federal Poverty Level and started a contingency fund which would serve to come to the rescue of states who spend over the amount of their federal allotment. Needless to say, liberal Democrats including Speaker Nancy Pelosi (D-Calif) and Sen Barack Obama (D-Ill.) make up the organization’s political allies.

McClatchy’s Wright-Obama-TUCC Expose: How Many Will Get to See It?

Yesterday, Gateway Pundit noticed what he called an "Uh-Oh... This wasn't supposed to happen" event for presidential candidate Barack Obama:

An amazing article appeared in the mainstream news today. McClatchy actually reported that Obama's church merges Marxism and Christian Gospel and preaches that the white church in America is the Antichrist because it supported slavery and segregation.

That they did. But how did they headline it, and how many McClatchy newspapers actually ran the story?

Margaret Talev's Thursday, March 20 description of the fundamental doctrines of the Rev. Jeremiah A. Wright's Trinity United Church of Christ (TUCC) does get right to the point. Talev even goes so far as to question the candidate's motivations for his involvement with the church.

Most importantly, which I why I've bolded the related text, Talev notes that while TUCC's radical and racist philosophies will survive the Rev. Wright's retirement, their continued presence will not deter Obama from continuing to attend:

The definition of ironic? A media outlet that omitted positive information about Iraq...from an article that criticized the media for doing just that.

Do you ever wonder how "a single mother of two from Atlanta" who earns the minimum wage has the dough to plunk down for travel to Washington, D.C., lodging, and child care to attend a left-wing rally? I sure do. But then, it can't be that difficult when you're a professional victim for a left-wing group.

Washington Post reporter Xinyun Yang quoted one Irene Cole of Atlanta, Ga., at the close of his July 25 article "Democrats Cheer Wage Hike." "From $5.15 to $5.85 -- that's... a big raise, and we do thank you," Yang quoted Cole, who attended yesterday's "rally of union and activist groups on Capitol Hill."

Haven't I heard Cole's name before? Oh yeah, I have. It cropped up in January when I wrote about ABC's biased treatment of the minimum wage for the MRC's Business & Media Institute. Reporter Dean Reynolds cited Cole in his report on the January 10 "World News."

After reviewing that story, I realized two things. First, Cole misled the Post's Yang. She earns at least $6-an-hour (when she's working for private employers), and secondly, Cole is no stranger to whipping up crowds at liberal activist rallies (no word how much she's paid or compensated for expenses for her activist work):

Be on the watch for the spin. The Georgia State Supreme Court will be deciding an issue that has been bouncing around the courts since 2005. At stake is the state's attempt to reduce election fraud by requiring that all voters show a government sanctioned picture ID in order to vote.