Americans would love the President Bush that Rush Limbaugh has had a chance to spend time with. That was one of Rush's concluding comments in a unique simulcast of his show that he conducted with Martha MacCallum on Fox News Channel this afternoon from 1:30-2 PM ET.

RUSH LIMBAUGH: The president is a fine man, I like him. He's incredibly upbeat. He's so different in person than the guy you see on television.

CNN decided to not to break away from its almost non-stop coverage of the California wildfires as President Bush formally awarded a Navy SEAL killed in Afghanistan the Medal of Honor, as its competitors Fox News and MSNBC aired the ceremony at the White House live.

The Medal of Honor went to Lt. Michael Murphy of Patchogue, New York, who died in the line of duty in 2005 during operations against the Taliban in Afghanistan. Murphy received the first Medal of Honor awarded from Operation Enduring Freedom. President Bush made the decision to give Lt. Murphy the nation’s highest military honor on October 11. 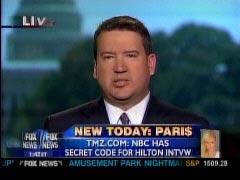 Tim Graham appeared on "Live Desk w/Martha MacCallum" today to discuss what appears to be NBC paying for a post-incarceration interview with hotel heiress Paris Hilton. He joked: "It just sounds like a bad MTV reality show called Pimp My News."

MRC Study: On Day Zarqawi Died, CNN And MSNBC Focused on The Negative

Now that times are difficult in Iraq, it’s easy for the media to claim they are simply reporting the bad news that is obvious to everyone. But how did networks such as CNN and MSNBC report more positive events? According to a new study by the MRC, overall, Fox News generated the most balanced coverage of news on the ground, while the other two cable networks consistently emphasized negative stories. FNC also displayed the highest enthusiasm on days such as June 8, when U.S. air strikes killed al-Qaeda in Iraq mastermind Abu Musab al-Zarqawi.

Over on MSNBC, while the anchors generally reported the event as good news, the network also chose that day to broadcast four stories on military deserters. On this seemingly happy occasion, CNN aired two reports on the already heavily hyped Haditha case. 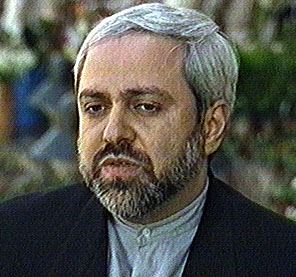 Iranian Ambassador to the United Nations Javad Zarif seemed to take the advice from Howard Dean: Whenever someone challenges you, blame the "Fox News propaganda machine." On Wednesday night, Zarif spoke at a forum at Columbia University. Several students challenged him on issues from support of Hezbollah, nuclear ambitions, suppressing dissent, and denial of the Holocaust.

The Boston Globe refers to Charlie Savage as a "staff writer."  But judging by the hyper-partisan comments he made on Fox News Channel this afternoon, Savage belongs over on the opinion page.

Interviewed with two other legal reporters by FNC's Martha MacCallum, Savage took these shots at President Bush and his fellow Republicans:

Last week, I documented here the way CNN leaned over backwards for balance in a story. In the wake of the Seattle Jewish Center shooting, it equated the fear of Jewish-Americans of similar incidents . . . with the fear of Hezbollah supporters of being unfairly accused.

Although it wasn't nearly so egregious, Fox News Channel's Anita Vogel [seen here in a file photo] just engaged in some over-reaching herself in the name of balance. She narrated an otherwise solid segment on 'fauxtography' and other ways in which the media and Hezbollah supporters manipulate the news. The segment included an interview with star blogger Charles Johnson, founder of Little Green Footballs, who played a key role in outing the smoky Beirut-skyline bit of fauxtography.

But then, searching for balance where there really is little or none to be had, Vogel claimed that the Israeli government also manipulates the news:

"But we need to keep in mind, there are other ways foreign governments control the media. The Israeli government exercises control over the media during wartime, like prohibiting them from reporting on real-time rocket strikes and places in northern Israel where officials are visiting due to safety concerns."

Where Are We Going Wrong Helping Homegrown Terrorists Integrate Society?

Made-in-the-UK Islamic radicals are trying to murder people - and it's the UK's fault for not doing a better job integrating them into society.

That was the view expressed on Fox News this afternoon by Angela Corpe of Sky News - Fox's UK sister network. Fox's Page Hopkins asked: "Given that you had 7/7 and we in New York know what it was like after 9/11. [Is it] still very fresh in Londoners' minds that these were home-grown would-be terrorists?

Corpe: "It was a problem even before 7/7 happened last year. . . We are not facing foreign terrorists but people bred here in the UK. Something our politicians have been discussing today. Not only [must we] be more tolerant of the Muslim faith and realize these few do not speak for the Muslim faith. These people born here, brought up here, going to our schools and still feel the need to blow up planes to, to plot to explode buildings and tube stations.

Continued Corpe: "We have a real job to do here in the UK to try to reintegrate these people and find out where we are going wrong in helping these people realize that if they want to stay in this country they have to accept the freedoms we have here and respect human life in the same way we do."

With that kind of attitude, should Angela ever want to 'cross the pond' she should have no problem finding employment in our MSM.

Update: Demonstrating that the UK doesn't have a monopoly on journalists concerned not to trample Islamo-fascist sensitivities, Alison Stewart of MSNBC this afternoon referred to the 'alleged' plot to plant bombs on planes.  This is the same MSNBC that yesterday, on Tucker Carlson's show, decided to extend air time to a controlled-demolition nutjob arguing that the Bush administration was behind 9/11. 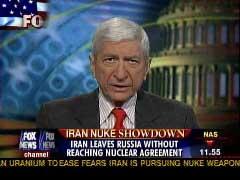 You can take the man out of CBS and NBC, but apparently you can't take the MSM out of the man.

Long-time MSMer Marvin Kalb, former moderator of Meet the Press, is now a Fox News contributor. But the specialist on foreign affairs is still offering up opinions that would put him in the mainstream back at CBS or NBC.

Trying to put out the fire that Hillary's "plantation" remark started, Dem strategist and Harvard Kennedy School lecturer Elaine Kamarck might unintentionally have added fuel to it in a just-completed Fox News interview with host Bob Sellers.