VIDEO UK Journo: Unlike Corbyn, Bernie 'Wouldn't Have Whiff of Anti-Semitism About Him'

On Morning Joe, Edward Luce of the UK's Financial Times says if Bernie Sanders were the Democrat candidate, that unlike Jeremy Corbyn, he "wouldn't have the whiff of anti-Semitism about him." Donny Deutsch says that—a recent poll notwithstanding—neither Sanders nor Elizabeth Warren would "come close to beating Donald Trump."

The liberal media were at it again in 2018, continuing to misreport, exaggerate, censor and spin business and economic news.

Some moments were laughable, such as when a New York Times reporter implied America no longer uses coal for energy. Others, such as the warning of a “climate genocide,” were no laughing matter.

The liberal media have always been selective about what to report on left-wing billionaire George Soros. But lately outlets have started blatantly defending and celebrating the left’s top donor, even naming him “Person of the Year.”

The media don’t just make the news, they frame it. Journalists did it this week, pushing business CEOs to quit President Donald Trump’s American Manufacturing Council. After one CEO resigned in response to Trump’s comments on the violence in Charlottesville, Virginia, the media urged others to follow. The fallout resulted in Trump shutting down the group entirely.

Merck CEO Ken Frazier decided to leave the council after Trump’s comments on violence between white supremacists and counter protesters which included Antifa. Antifa are “anti-fascists” who show up to protest hateful speech and try to shut it down and have demonstrated willingness to use violence to accomplish those goals, according to CNN.

Overreaction and panic are typical of the environmentalist left. Cosmopolitan magazine proved it again as they ordered people to stop consuming avocados ... for the trees’ sake. “You need to stop eating avocados, right now,” Cosmopolitan demanded Aug. 17.

John Llloyd spotlighted how Ted Cruz has picked a fight with the media in a Thursday item for Reuters: "Most Republican contenders take a swing at the media, but Cruz swings more than others." Lloyd pointed out how after his victory in Iowa, Cruz "did not forget to say that it was the American people, not the media, who had chosen him. A supporter emphasized the point by waving a placard in front of the camera, urging viewers — 'Don't believe the liberal media.'" This sign is actually part of a Media Research Center campaign targeting the media's liberal slant.

Chris Matthews' Entire British Panel Corrects His Claim Blair Was Closer to Clinton - No, It Was Bush

There was a marvelous moment on this weekend's "Chris Matthews Show" when the host literally stuck his foot in his mouth claiming in front of four British journalists that former Prime Minister Tony Blair "was much closer emotionally and politically to Bill Clinton" than George W. Bush.

Guest's Andrew Sullivan of the Daily Beast and Gillian Tett of the Financial Times both immediately shook their heads as the BBC's Katty Kay and Matt Frei said "No" and "Wrong" (video follows with transcript and commentary):

You would think someone in the U.S. establishment press would be following Uncle Sam's progress or lack thereof in getting out from under its investment in Citigroup, especially since the government promised that it would be fully divested from the bank holding company by the end of this year. From all appearances, you would be wrong.

It looks like the government may not be able to keep that year-end divestiture promise. For a fair number of news followers to learn that, the UK's Financial Times had to take an interest (link may require registration), and Drudge had to link to it:

The US government is in danger of missing its deadline of divesting all of its Citigroup shares by the year-end after a fall in stock market trading volumes prompted authorities to slow down sales in July and August.

The lull could prompt the US Treasury, which has a stake of about 17 per cent in Citi, to consider a share offering instead of selling the stock in small quantities in the market, according to bankers and analysts.

Headlines: Jobless Claims Plunge, Dive, Plummet, and Decline Sharply. But Did They? 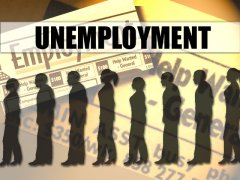 Such good news, reported widely throughout the media, doubtless gave hope to many Americans.  If some of them wished to attribute this dramatic turnaround to Barack Obama's stimulus program, so much the better.  The truth, however, is that improvement in the number of jobless claims was less than electrifying.  The numbers touted in the media are, according to the Department of Labor, "seasonally adjusted" with a statistical technique designed to accommodate fluctuations in the job market.  Set that aside, and the numbers are not nearly as rosy.  As DOL's Employment and Training Administration reported:

The advance number of actual initial claims under state programs, unadjusted, totaled 543,926 in the week ending Nov. 21, an increase of 68,080 from the previous week.

The Financial Times's chief foreign affairs columnist and blogger can't understand why people got so upset at him.

He responded to a volume of disagreeable e-mails reacting to his December 9 column on the idea of having one world government in two different blog posts (the photo at the top right is from his blog): "Covered in Internet Slime" (December 10) and "Final Thoughts on the world government row" (December 11). His bottom line is that he considered his original column a "dispassionate discussion of the possibility" of a world government.

I think there's genuine reason to question Mr. Rachman's "dispassion." Of course in the process, I run the risk of being criticized by Mr. Rachman (from his Dec. 10 "Internet Slime" piece) as:

Nonetheless, I'll plunge ahead into his original column with clear demonstrations that Mr. Rachman is more than a wee bit sympathetic to the one world government idea:

By definition, projection is revealing of what lurks in a person's heart and mind.  Arianna Huffington projected tonight, and what she revealed wasn't pretty.  So much so, that even her liberal host hastened to diassociate herself from the HuffPo editor.  Huffington, grossly misquoting Grover Norquist's famous line about doing away with government, added an infanticidal twist.

Huffington was a guest on Rachel Maddow's MSNBC show. The two shed crocodile tears about the diminished state of the Republican party.  It was in suggesting that, of all things, she and Maddow should head up a Marshall Plan to save the GOP that Huffington engaged in that ugly bit of projection.

A Financial Times reporter who endorsed Obama but worried about his economic policies has taken a fresh look at the President-elect's post-election economic policy ideas, and doesn't like some of the big ticket items he sees. [See related blog entry by Jeff Poor here]

In his November 10 op-ed "The choices that confront America," British journalist Clive Crook reserved some of his harshest criticism for Obama's openness to bailing out Detroit's floundering automakers (emphasis mine):

The greatest danger of all is that the valid case for a strong stimulus takes under its wing spending proposals that create an ongoing obligation, have no true investment rationale, and represent a waste of public money now and in the future.

The bail-out currently being sought by the big US carmakers falls squarely into this category. Managers and unions have conspired for years to drive US-owned, US-based car manufacturing into the ground. Now they seek public subsidy to pay for investments they should have undertaken in any case, and to sustain wages and benefits that comparably qualified workers in other industries cannot hope to enjoy.

Why a worker in a US-owned car factory deserves more generous treatment than any other kind of US worker escapes me. Asking those other workers to pay for these privileges seems to add insult to injury. Perhaps President Obama will be able to explain.