Of all the people to call for a "truce" on excessive partisanship . . .

Interviewing Scott McClellan tonight, Keith Olbermann sanctimoniously suggested that a "truce" on rough political tactics "would be nice." But speaking with John Dean just minutes later, the Countdown host—he who has repeatedly called President Bush a liar and a fascist—reverted to form and regretted that it might be too late to impeach him.

SCOTT MCCLELLAN: [The 1988] election was very much a turning-point election. I think that George Bush, George Bush 41, George Herbert Walker Bush, is a decent individual, and a man who really believes in civility, but he, his advisors around him, knew the only way they could win was to bring down his opponent and go fully negative, and paint Michael Dukakis completely to the left. A guy who had painted himself—who had a record of trying to work to the center in a lot of ways [Ed: ?].

And, um, that legacy continues to this day, and Senator McCain says that he's going to speak out against that and not let that happen. I think that would be good for the country if that is the case. But there are certainly plenty of groups on the Republican side that are going to go forward with that kind of strategy. [Unlike groups on the Dem side. You know, like the kind-and-gentle one that ran the dragging-murder ad against W in 2000.]

Contrary to what was written and said in the liberal media Jerry Falwell held political beliefs that were actually quite "middle of the road" with regard to key cultural questions such as abortion, birth control, school prayer and homosexuality, according to a new biography written by his widow.

"While he opposed abortion, Jerry would have accepted legislation that allowed it in the case of rape, incest or if the mother's life was in danger," Macel Falwell tells readers in her new book "Jerry Falwell: His Life and Legacy." Moreover, Falwell believed the civil rights of homosexuals should be safeguarded, despite harboring moral objections to the homosexual lifestyle, she explains.

The prominent televangelist and evangelical Christian pastor, who co-founded the "Moral Majority" in the late 1970s, was a congenial, likable man many steps removed from the "bizarre public persona" incorporated into media portraits, Falwell observes in one of her earlier chapters.

Imagine that a "documentary" film-maker—whose most notable former credit was a work advancing the notion that extra-terrestrials did indeed visit Area 51—brought forth a new work suggesting that key elements of the Prophet Mohammed's story had been fabricated. What are the odds ABC would devote a segment of Good Morning America to a respectful interview of the filmmaker and discussion of his work?

But that's exactly what ABC did regarding someone who has produced a documentary ["Bloodline"] calling into question key aspects of the story of Jesus Christ. Here's how GMA weekend co-anchor Bill Weir introduced the segment this morning:

Well, here's a question, was Jesus married with children? Was the Resurrection a trick pulled off by his widow? The possibility, the world's greatest cover-up, was the basis of the smash novel and movie The Da Vinci Code. And though those ideas have been largely dismissed by academics as fiction, documentary film-maker Bruce Burgess believes he has now found evidence to advance that theory. Here's a clip from his new film.

How perfect.  The director of some of Hollywood's most revoltingly violent, sexually explicit, culturally corrosive movies has an even more destructive hobby on the side: iconoclasm.

Paul Verhoeven, director of "Basic Instinct," "Robocop" and "Showgirls," turns out to be a member of the academically suspect Jesus Seminar, and in September he will publish a book attacking the foundational Christian doctrine that Jesus was conceived by the Holy Spirit.

For the past twenty years, the Dutch filmmaker has reportedly been attending meetings of the Jesus Seminar and researching his biography, "Jesus of Nazareth: A Realistic Portrait."  Fox News quotes a spokesman for Amsterdam publishing house J.M. Meulenhoff saying Verhoeven "hopes it will be a springboard" for making a movie about Jesus' life.

With Pope Benedict coming to visit the United States next week relations between Roman Catholics and Protestants will likely be the subject of media scrutiny. The pope's itinerary includes a visit to the White House with President Bush, a Protestant, who was re-elected with 51 percent of the Catholic vote in 2004, despite running against a Catholic.

Hollywood doesn't learn. Even though the latest round of America-hating movies flopped, Project Greenlight producer Chris Moore will turn "A People's History of the United States" by pop historian and Karl Marx fanboy Howard Zinn into a TV miniseries and a feature-length documentary.

Zinn's 1980 book influenced a generation of students with its negatively-framed distortions of American history which minimized successes like WWII. It exchanged traditional history for marginal topics such as Great Railroad Strike of 1877, Joan Baez and Angela Davis while omitting Washington's Farewell Address, the Wright Brothers and the Normandy Invasion.

The December 10 Variety stated production begins in Boston this January. Ironically, it will use wealthy celebrities like Matt Damon, Danny Glover and Josh Brolin to convey the book's Marxist theory (bold mine):

Miniseries will center on the actors and musicians as they read from the books or perform music related to their themes: the struggles of women, war, class and race. (...)

'Compass' Not Golden at the Box Office

"The Golden Compass" did not produce box-office gold during its first weekend.

While ranked #1 for the weekend, the movie which opened in 3,528 theaters, was lavishly produced and promoted, only took in in $26.1 million, according to Boxofficemojo.com. Studio New Line Cinema was hoping for returns in the $30 to $40 million range.

"Compass" drew the ire of many Christians because the movie is based on the first book in a trilogy called "His Dark Materials" by avowed atheist Philip Pullman, who has said publicly that his books are about killing God. In "USA Today," Rolf Mittweg of New Line Cinema conceded that the "religion controversy might have had an effect." 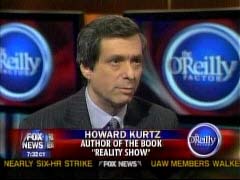 Libs Love Books--Or Do They?

Liberals around the country are smiling today at an Associated Press poll and story circulating on the web claiming that conservatives read less than liberals, none more so than former Colorado Democratic congresswoman Pat Schroeder who despite being president of the American Association of Publishers decided she felt like insulting half of her potential reading audience by dusting off an old liberal refrain:

It's all too familiar and really kind of sad since this poll is hardly conclusive (more on that in a minute). For all their talk about being "regular people," the left sure loves calling their fellow citizens stupid and moronic. You'd think that after employing this method for so long—think Reagan-as-idiot-savant, rationalizing the radio failure of Mario Cuomo, Air America, etc.—that the left would realize their elitist and snobbish attitude and either drop it or drop the whole "party of the people" nonsense. After all, how can you be for the common man if you regard him as an ignorant dolt?

Say What? Hollywood Hot for Rights to Conservative's Book

Here's something you don't see that often: The major movie studios are engaged in a bidding war over a book written by someone who served in the military and is...an outspokenly conservative Republican.

For all we know, this could turn into the sham that was Tom Clancy's "Sum of All Fears," but still, this is a nice change from the usual Hollywood baying for gay cowboys eating pudding.

[T]here's a frenzied Hollywood bidding war going on today over the No. 1 book on The New York Times non-fiction bestseller list: Lone Survivor: The Eyewitness Account of Operation Redwing and the Lost Heroes Of SEAL Team 10 by Marcus Luttrell. Studio toppers are interrupting their vacations to try to get this book which was sold to Little Brown by superagent Ed Victor for a seven figure advance.

The New York Times has been taking a lot of well deserved guff over the last couple of years for obtaining and publishing classified national security secrets but it had not been prepared for the latest row over its pre-publication book review of "Harry Potter and the Deathly Hallows".

The review, that gives away a few spoilers, has been met with anger by both the book's author JK Rowling and her publishers.

The University of Iowa Press will give voice to the poetic ramblings of 17 terrorist detainees in Guantanamo, entitled "Poems from Guantanamo: The Detainees Speak." The Wall Street Journal reports: