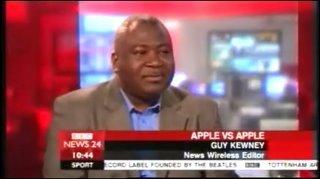 BBC Told Not to Shun the Word 'Terrorism'

The BBC was told by a commission it hired to not avoid using the word "terrorism" when discussing the Israeli-Palestinian issue. But the panel also said there was no bias in the BBC's reporting on the issue.

The authoritarian government of China is well-known for suppressing free speech and sometimes getting American media companies eager to cash in on a huge emerging market to help it do so. Yahoo, Microsoft, Google, Time Warner, Fox, and others have soiled their reputations assisting the communist regime's crack downs on dissent.

American media companies don't always back down. Sometimes, however, they're censored directly by the Chinese government itself. Such was the case today when a protestor apparently affiliated with the meditation group Falun Gong managed to get herself close to Chinese president Hu Jintao as he was visiting the White House.

As the woman's voice began shouting out before being arrested by Secret Service agents, Chinese television blacked the screen and muted the audio, according to Matt Drudge. After the event was over, when CNN International (the version of CNN seen outside the United States) began discussing the protestor, its signal was abuptly cut off to Chinese viewers, making some wonder what was going on. 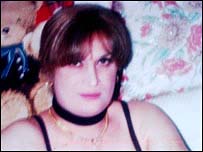 Here's a new one. To add to the media's laundry list of supposed failures in Iraq is a unique allegation by the BBC. Apparently Saddam Hussein had a soft spot for the gay rights movement, and now that Bush has invaded, homosexuals are being persecuted.

To many Hollywood left types, this must truly be the reason we shouldn't of entered Iraq.

European Jewish Press reports that the BBC's Board of Governors censured BBC Online for a report saying the United Nations had "called for Israel’s unilateral withdrawal" from all territories gained during the Six-Day War, when in fact the UN only "called for a negotiated 'land for peace' settlement." 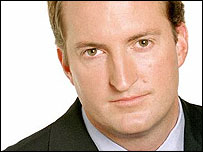 The Programme Complaints Committee of the BBC looked into charges that one of its news reports was unfair towards the Conservative Party. Almost a year after the broadcast, the committee has ruled that the story did indeed breach "the guidelines on accuracy and impartiality."