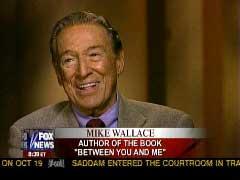 What Mary Mapes Doesn't Want You to Remember: No Gore Vietnam Piece on CBS

One real moment in the Bozell-Mapes interview on C-SPAN2 was when Mapes said Al Gore's Vietnam record was "a perfectly legitimate story," so Bozell asked, did you do it? "I did not." But she thinks that sometime, somewhere at CBS, somebody did it. Bozell says mmm, no. No investigative piece. You may wonder: how did CBS cover Al Gore's mysteriously brief tenure in Vietnam as a military journalist? I covered that for National Review Online last year.

By Clay Waters | November 21, 2005 4:28 PM EST
In the New York Times Sunday book review, Newsweek Senior Editor Jonathan Alter checks out "Truth and Duty," the apologia from Mary Mapes, the disgraced former CBS News producer of "Memogate" infamy, in which she blames right-wing bloggers and everyone but herself for how her "expose" of Bush's National Guard duty blew up in the face of her network.

Mapes on Memos: "I Assumed They Were Forgeries" 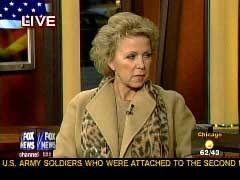 The claims that Mary Mapes is now making on her Truth and Duty book tour are as obtuse and embarrassing as those made by CBS News in the 10 days after the 60 Minutes hit job on President Bush aired back on September 8, 2004.

Mary Mapes, the former CBS News producer who became famous for her involvement in a “60 Minutes II” segment last year concerning President Bush’s involvement in the Air National Guard, had an excerpt of her upcoming book, “Truth and Duty,” printed in the December issue of Vanity Fair.

“Mapes writes that she had felt the Guard segment was a big success after airing on Sept. 8, 2004, until the following morning at 11 a.m. when she learned that a bunch of ‘far-right’ Web sites were claiming that documents were forged.

"That same day about 3 p.m. she recalls staring at the Drudge Report and seeing a big picture of Rather at the top and a headline saying that he was ‘shaken’ and hiding in his office. The phone rang and it was Rather, telling her he'd just heard about the Drudge deadline and he wanted to assure her that he was not 'shaken' and was not hiding out.

On this morning's Today Katie Couric devoted a large part of the 8:00am half hour to her interview with CBS News' Mike Wallace. During the segment NBC's graphic bragged: "Role Reversal, Answering The Tough Questions." However Couric never asked Mike Wallace about his most recent visit to a Brady Center fundraiser for gun control as blogged by Tim Graham.

Time's "Ten Questions" feature is wasted this week on CBS "60 Minutes" hound Mike Wallace. I'm not saying Wallace isn't worth interviewing, but Time managing editor James Kelly gives him a complete book-promoting walk in the park. He doesn't ask about the latest Wallace gaffe in the news, his appearance at an anti-gun Brady Center fundraiser.

Recalling how Watergate “didn't take off until people started talking about higher ups” in the White House, on Tuesday night’s The Colbert Report on Comedy Central, CBS’s Lesley Stahl predicted that the Valerie Plame case “could possibly take off the way the Watergate one did." Stahl fondly remembered how Watergate “really took off as a big story when it went into the Senate and there were hearings held by the opposition party.” That, she dejectedly noted, “isn't likely to happen in this case" given GOP control of both houses of Congress. When Stephen Colbert, a veteran of Comedy Central’s Daily Show, whimsically pointed out on the second night of his new 11:30pm EDT/PDT show that “if you look at the issues, Nixon was a pinko. I mean, it was education and stopping the draft and women's rights and the environment. I mean, he was the boogie man at the time. But he's way to the left of John Kerry," Stahl disagreed and credited (or is it blamed?) Reagan for moving America to the right: "I wouldn't say that necessarily. But the whole country shifted right ever since Reagan. Reagan really moved us off to the right." A resigned Stahl soon added: "The center of the country has definitely shifted to the right. And there we sit." She didn’t seem pleased about it.

Full transcript of the exchange follows.

CBS Off Track With NASCAR Comments

Even when journalists try, they just don’t understand Middle America. CBS proved the point with a story on the multi-billion dollar business of NASCAR. Even in a story made possible by the enormous success of the sport, CBS’s “60 Minutes” depicted racing promotions as “hucksterism” and advertisers as “not wholesome” while the product itself was portrayed as an “good ol’ boy Southern Confederate flag sport” hostile to minorities.

Bob Simon: "Elian's arrival in Cuba seemed designed for a conquering hero. And here he was without his two front teeth.

Simon: "Elian embarked on a two-month tour of Cuba, all recorded by Castro's personal cameraman, Roberto Chile, who helped us on our story, too. Chile was rolling the first time Elian met Fidel.