In Monday night's third episode, “2:00 PM -3:00 PM,” of Fox’s 24: Legacy, the drama introduced the first gay characters in the history of the series. Seems no show today can be without at least one LGBTQ character and storyline.

We are now two episodes into the Jack Bauer-less re-make of Fox’s 24, now titled 24: Legacy, and a nasty little trend has begun of showing our military heroes as men unable to function back in normal society.

Showing once again its warped priorities, the New York Times, which takes great pains to downplay the threat of Islamic terror, took another whack at the “Islamophobia” of Fox’s “24” reboot (and President Trump) in an essay by TV critic James Poniewozik on page one of Monday’s Arts section: “‘24’ Reboot Has a Dire Ring to it – President’s views on terrorism fit right in with the script.” The text box: “Terrorists are scary and all over the place, according to the script and Donald J. Trump.”

On the front of the paper's Friday Arts section, New York Times TV critic Neil Genzlinger checked out the reboot of the popular serial thriller “24,” making its debut after the Super Bowl Sunday night on Fox.  But Genzlinger was less concerned about the action and more about the show's supposedly anti-Muslim messaging in this sinister Trump era: "...certain people, including some now working in the White House, can’t, or won’t, separate the real from the fake when it supports their interests or beliefs...an insidious part of human nature thrives on having somebody to hate."

Well, that didn’t take long. On the very morning it was announced that Tucker Carlson was taking over Megyn Kelly’s timeslot on Fox News, the move was immediately denounced as a win for those women haters at FNC.

CBS’s sci-fi political dramedy BrainDead goes after two top conservatives in the episode titled “The Power of Euphemism: How Torture Became a Matter of Debate in American Politics.”

Before the series finale of “24” began, Kiefer Sutherland (a.k.a Jack Bauer) appeared on the Fox network and thanked the show’s audience for their support of the long-running program. After eight seasons (eight days in the show’s life), “24” was cancelled earlier this year, although the show will likely be made into a movie. However, after so many great seasons and an emotionally satisfying conclusion, it should be the audience thanking both Kiefer Sutherland and his alter ego.

As the series finale began, the president of the United States, Allison Taylor (Cherry Jones), was preparing to have a historic peace agreement signed. However, the idealistic Taylor had been forced to make numerous ethical compromises in order to get the agreement signed and then discovers that Russia’s leader had planned the assassination of a Middle Eastern leader who was set to sign the agreement. Even knowing that, Taylor continued to obsessively pursue the treaty, which would likely become a major part of her presidential legacy. 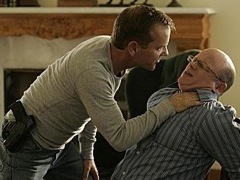 With the recently announced end of Fox's hit series "24," many liberal pundits are parading the show as a false depiction of the notion that "torture works." Contrary to their accusations, the Jack Bauer interrogation methods bear exactly zero resemblance to any actual interrogation techniques used by American military, law enforcement, or intelligence agents.

Any American who has serious doubts that our military and intelligence officials would allow interrogators to, say, directly threaten the lives of a terrorist's family (let alone inflict tremendous physical pain) to elicit information has a better grasp of interrogation techniques -- and the integrity of our men and women in uniform -- than most of the liberal media. 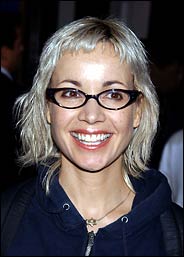 Are you a conservative? Then you're a d***, and there's something wrong with your brain. At least that's what "24" actress and comedienne Janeane Garofalo believes.

According to the former Air America radio host, a conservative starts out an “a**hole,” and the politics come later. She asserted, “The reason a person is a conservative republican (sic) is because something is wrong with them...It really is neuroscience.”

In this February 12 interview with the environmentalist celebrity blog Ecorazzi, Garofalo also claimed the “irrational” emotion center of the brain, the limbic system, is what creates conservatives (text reformatted, profanity edited, all bold mine):

The reason a person is a conservative republican is because something is wrong with them. Again, that’s science – that’s neuroscience. You cannot be well adjusted, open-minded, pluralistic, enlightened and be a republican. It’s counter-intuitive. And they revel in their anti-intellectualism. They revel in their cruelty. 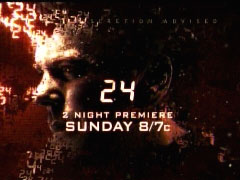 In short USA Today “dossiers” on fresh characters in the new season of Fox's 24 set to debut tonight (Sunday), two of the four profiled actors/actresses used the space to espouse their personal disgust with the U.S. government for using “torture,” which has been employed by lead character “Jack Bauer.” Left-wing activist/actress Janeane Garofalo, who plays “FBI analyst Janis Gold,” called the use of torture “reprehensible” and rued: “That our own administration borrowed ideas from 24 is such a tragedy.” USA Today explained: “A former Army interrogator has said that soldiers mimic interrogation tactics seen on the show.”

Garofalo conceded she “was initially very reticent to do it, because I heard about the right-wing nature of Joel's [24 co-creator Joel Surnow] politics and the torture-heavy scripts.” But, she quipped: “And then I thought, 'I'm unemployed!'" So much for standing up for principle.

Cherry Jones, who handles the role of “President Allison Taylor,” lamented “it's too bad this season's topic is not Wall Street. The torture thing is very unfortunate; I have trouble with it. Fortunately,” however, “my President,” meaning the character she plays, “is opposed to it."