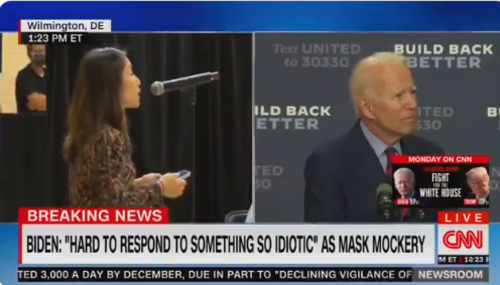 In an audacious display of courage, the Biden campaign submitted their candidate to question from the array of flatterers, sycophants, and patsies they call the Biden press corps. For his entire term, President Trump has faced a heckling squad of abusive, screaming Acostas, and now everyone can settle in for the calming foot massage and thoughtfully perfumed air of the "objective press"…

As NewsBusters documented Tuesday, the liberal broadcast networks completely blacked out Speaker Nancy Pelosi’s blowout fiasco, where video exposed her flouting local COVID regulations by getting her hair done inside a San Francisco salon, without a mask. ABC, CBS, and NBC only covered the controversial incident Wednesday after the Speaker held a press conference and did her best… 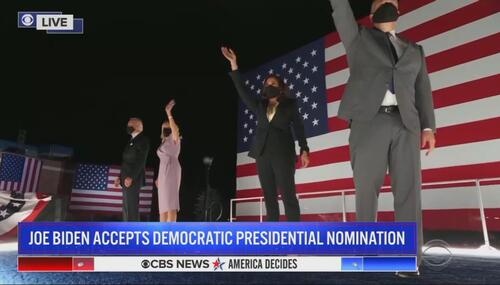 While nowhere near Barack Obama in terms of infatuation, the liberal media did their best on Thursday night to sing the praises of Joe Biden following his 2020 DNC acceptance speech. And CBS did its part, trumpeting his “great,” “incredible,” “soaring” speech “from the heart” that was the “strongest” of his career. 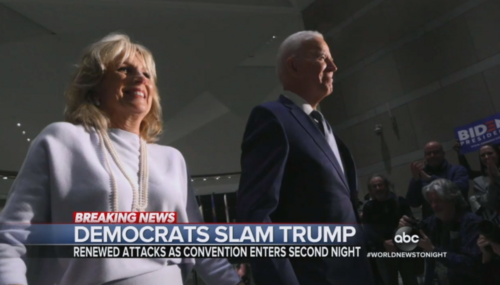 On the day Jill Biden was set to take the stage at the virtual Democratic National Convention, an exclusive from the U.K.'s Daily Mail documented allegations from her first husband, Bill Stevenson, who claims their marriage was destroyed because she cheated on him with then-Senator Joe Biden. Despite the allegations being fresh news, the Tuesday evening newscasts of ABC, CBS, and… 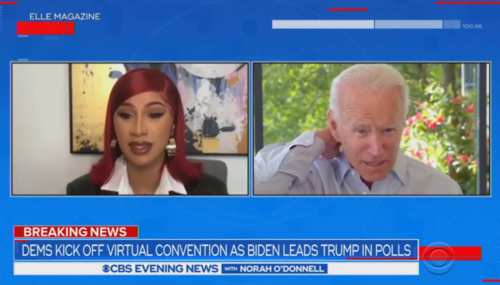 Democratic Party mouthpiece and CBS political correspondent Ed O’Keefe was so nervous about the enthusiasm gap between former Vice President Joe Biden and President Trump, that he spent part of his Monday segment on CBS Evening News boasting about Biden (an accused sexual assaulter) paling around with rapper Cardi B, who has admitted to drugging and robbing men (with accusations of… 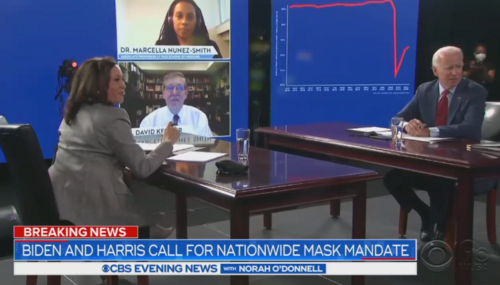 The 2020 election reports by CBS political correspondent Ed O’Keefe have been an almost nightly dose of Biden campaign propaganda on CBS Evening News. While he may not often say anything explicitly anti-Trump, his segments have turned into a regurgitation of Biden camp talking points and gooey retellings of the ticket’s activities for the day.

Interrupting Tuesday’s edition of Dr. Phil on D.C. affiliate WUSA-9, CBS News broke in to announce that their candidate for president, former Vice President Joe Biden, had finally made up his mind and selected Senator Kamala Harris (D-CA) to be his running mate. CBS was so excited by the breaking news that they cued up triumphant music to celebrate the completion of their 2020 ticket… 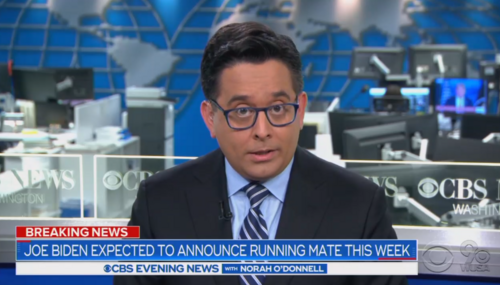 In a pair of doting news reports from the CBS Evening News and NBC Nightly News on Monday, both of these defenders of Joe Biden tacitly admitted to viewers that they planned to only cover his pick for running mate favorably; refusing to be critical or vet them. They also suggested that being critical would be sexist and racist.

TV journalists have insisted throughout the 2020 election cycle that Democratic Presidential hopeful Joe Biden represents the “moderate,” “centrist” wing of his party, with some even worrying that his agenda might be too far to the right for his party’s progressive base to stomach. Yet not even Biden himself agrees with that lame spin, having promised his administration would be among the “… 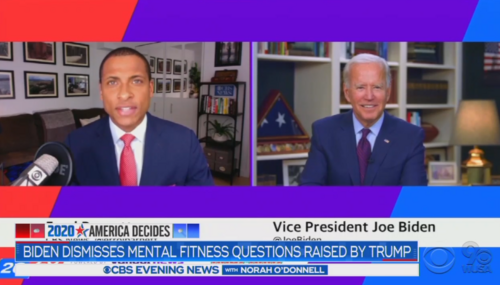 In an attempt on Wednesday to again protect their presidential candidate from himself, ABC’s World News Tonight and NBC Nightly News spiked an interview Joe Biden did the National Association for Black and Hispanic Journalists. In the controversial video, Biden snapped at black CBS correspondent Errol Barnett (who asked about Biden’s mental fitness) and demanded to know, “Are… 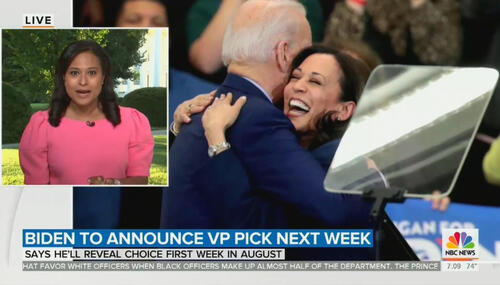 Proving how invested they are in Joe Biden’s presidential campaign, on Wednesday, all three network morning shows were absolutely giddy over speculation that far-left California Senator Kamala Harris may be at the top of the presumptive Democratic nominee’s vice presidential short list. 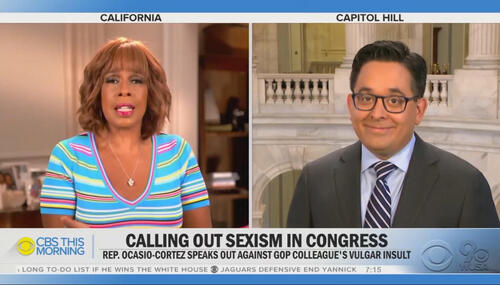 Just a couple weeks after CBS This Morning co-host and Democratic donor Gayle King proclaimed that “we all need to take a class” from a radical Black Lives Matter activist who supported rioting and property destruction, on Friday, the left-wing anchor demanded that everyone take “decency class lessons” from unhinged socialist Congresswoman Alexandria Ocasio-Cortez. 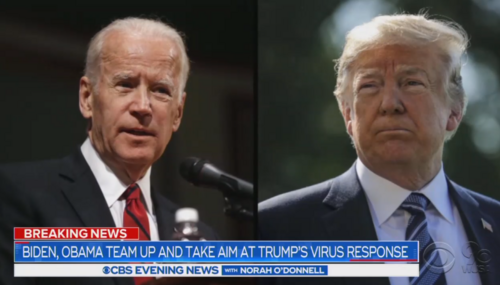 After once dubiously omitting his answer to a question about his senility, CBS Evening News via political correspondent Ed O’Keefe acted as a campaign surrogate for Democratic candidate Joe Biden on Wednesday, boosting his lie that President Trump was America’s “first racist president.” NBC Nightly News also got in on the act. Between pushing the lie and praising a new…