Robert Redford's "The Conspirator" is a thinly-veiled political allegory warning against the danger of trying terrorists in military tribunals. And that's why his movie about the military trial of Lincoln assassination conspirator Mary Surratt is problematic.

Flashback: WaPo Was For 'Fair Game' Untruths Before It Was Against Them

As NB's Noel Sheppard noted on Sunday, the new film "Fair Game" is so full of falsehoods and is such an affront to historical accuracy that even the Washington Post's editorial staff felt obligated to debunk the many untruths it presents.

WaPo Film Critic Suggests DeLay, Abramoff Should Have Been 'Completely Killed Off'

On Friday, Washington Post film critic Ann Hornaday merged her review of Iron Man 2 with a leftist documentary on convicted conservative lobbyist Jack Abramoff. This strange mix led to Hornaday recklessly suggesting that Abramoff and former Rep. Tom DeLay may rehabilitate their careers when they should have been "killed off." Is that a metaphor? Not if you're holding a sign at a Tea Party rally. Here's how Hornaday concluded:

Abramoff is due to be released from prison later this year. With his trial for breaking Texas campaign finance laws still pending, DeLay went dancing on TV, presumably until he's either convicted or free to make his political comeback. [Former DeLay aide Michael] Scanlon has pleaded guilty but has yet to be sentenced, evidently in order to testify against anyone who might still be indicted. As every decent comic book villain knows, if the good guys don't succeed in completely killing you off, you can be counted on to show up again in the sequel.

Hornaday made a series of strange Iron Man/Abramoff analogies before the kill-them-off ending: 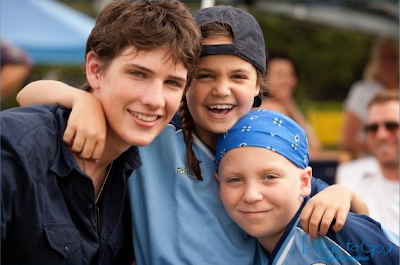 Six years after "The Passion of the Christ," anyone expecting a renaissance in faith-based movies has largely been disappointed. This is not to say such movies aren't produced. Every now and then, there's a movie made for this audience, but the audience won't hear about it from the movie critics because these elites aren't interested.

Last weekend, a new film premiered called "Letters to God." A title can't be more explicit about its plot. It's a movie about a 9-year-old soccer-crazy boy stricken with cancer, and the inspiring letters he writes each day to God. It's about prayer — certainly not a favorite topic for secular, sybaritic Hollywood.

When this movie arrived in offices of movie critics at major newspapers and magazines, the splashing sound you heard was the vomit hitting the floor.

The Washington Post championed a new documentary on Friday, a film airing only at one art theater in town. It’s still championing America-bashing radical leftist whistleblower Daniel Ellsberg in a new film titled "The Most Dangerous Man in America."

In a large spread that starts at the top of the front page of the Style section, film critic Ann Hornaday celebrated Ellsberg’s "moral courage" for damaging the war effort by leaking the so-called "Pentagon Papers" to the New York Times in 1971. Hornaday insisted Ellsberg’s radicalism is still "astonishingly germane" today (although the Post never described him with any ideological label, or described the Vietnamese enemy as communists.)

Hornaday lectured that today’s blogosphere-besmirched media might not emphasize and celebrate the "elegant calculus" and "formidable logic" of Ellsberg’s acts today, like the uniformly liberal "mainstream media" of the Vietnam-Watergate era did:

Brent Bozell's Takes on 'The Passion'

Five years after The Passion of the the Christ conquered the multiplex, it might be instructive to recall the media coverage as Brent Bozell chronicled it in two columns. He offered tribute to Mel Gibson and a rebuke to godless Hollywood in the week before the movie came out:

On Friday, Washington Post film critic Ann Hornaday declared a feminist item on her resume: "I worked for Bella Abzug for one day." She was hired during an unsuccessful comeback attempt for the House in 1986. Hornaday was tapped to praise a photograph of Abzug by famous photographer Richard Avedon, now hanging in a D.C. exhibit of "Profiles in Power." Later in the short piece, she passionately lauded her very short-term boss: