Former CNN congressional producer Evan Glass announced on his Twitter account on Tuesday that he was "thrilled to be joining the board" of Equality Maryland, the main group pushing for the legalization of same-sex "marriage" in the Mid-Atlantic state. Glass added in his Tweet, "With growing support, we will have marriage equality in 2012!"

The self-proclaimed "recovering journalist," who left CNN in April after a 12-year stint, wrote a one-sided article for the outlet's website on January 12 of this year about how Maryland was set for an "expansion of gay rights," just before the proposed redefinition of marriage failed in the state's legislature. Glass extensively quoted from proponents of same-sex "marriage," including the executive director of Equality Maryland itself, but omitted citing opponents of the bill, including the Catholic bishops of the state.

TV Newser just posted the news that David Bohrman, the long-time Washington Bureau Chief for CNN, has been hired by Al Gore’s Current TV, the cable home of Keith Olbermann which is transforming itself into a far-left news service. In Current TV’s press release, Gore trumpeted how Bohrman shares the “vision” to create a “progressive voice in the news and political commentary arena.”

The press release touted how Bohrman “will also work closely with Current’s Chief News Officer Keith Olbermann, who is host of Current’s centerpiece program, Countdown with Keith Olbermann, as the network expands its primetime line-up and election coverage.”

Andy Barr is just the latest political reporter to go through the revolving door into the realm of partisan politics.

You can watch the full segment in a video embedded below the page break:

The nation's elite journalists are forever denying that they have a liberal bias. Of course, the evidence in their reporting proves that claim false every day. One other thing belies their claims--the revolving door between the self-described "mainstream media" and Democrats. There simply is nothing like it for conservatives and Republicans looking to get into elite journalism.

The latest example of this phenomenon comes from Beltway insider publication Politico where the revolving door spun both directions on the same day with one reporter leaving the paper to work for Democrats in Arizona and another coming into the paper fresh from a gig working with Senate Democrats.

After penning a number of stories toeing the Democratic line on a variety of issues, Washington Post reporter Shailagh Murray decided to make it official: the Post announced Friday that she has taken a job in the office of Vice President Joe Biden.

Murray marks the 18th journalist to move from a reporting position to a post in Democratic politics or vice versa since President Obama took office. The revolving door between journalism and the Democratic Party underscores the extent to which the ideologies of each overlap.

The bias dossier on Murray is thinner than, say, Katie Couric's, but contains a number of telling items. Let's review a few of the highlights.

Good Morning America's George Stephanopoulos and Jake Tapper on Friday addressed the fact that Barack Obama's New press secretary, Jay Carney, is the husband of ABC reporter Claire Shipman. Stephanopoulos, discussing the couple, declared, "He and Claire actually appeared many times on This Week when I was the anchor. And, of course, Claire will now not be covering the White House."

Stephanopoulos, it should be noted, underwent the reverse career course of Carney. The GMA co-anchor began as a Democratic operative and then became a journalist. (Carney wrote for Time magazine before going to work for Vice President Joe Biden.)

Although Stephanopoulos tried to minimize the conflict of interest, insisting  Shipman will no longer be covering "the White House," he didn't explain if that included the 2012 presidential race, the opponent's of her husband's boss and other issues relating to the administration.

The White House on Thursday named Jay Carney, the husband of ABC News reporter Claire Shipman, to be the new White House Press secretary. Carney is also an ex-journalist, formally of Time magazine.

Will this appointment prove to be a conflict of interest for Shipman? Will she continue to report on the Obama administration? Shipman whose title is senior national correspondent, often covers political stories and has a reputation as an activist liberal. In 2008, she hailed Barack Obama, the now-boss of her husband, as "brave" for a speech disassociating himself with radical preacher Jeremiah Wright. In 2007, she fawned over Obama's "fluid poetry."

In 2000, she lauded Al Gore as a "pretty conservative Democrat." In 2004, discussing former Communist leader Mikhail Gorbachev, she ltouted him as "generally regarded" for being "the man who broke down the ‘Iron Curtain.'"

The arrangement described here is so journalistically incestuous I was considering hanging an NC-17 (or worse) rating on this post.

You see, the husband of a former longtime ABC reporter held a Democratic National Committee fundraiser at the couple's home Thursday night at which President Barack Obama appeared for 15 minutes. The reporter's husband was on the Obama campaign's national finance committee and now is the chairman of a White House commission. As if it really matters, the former ABC reporter, Linda Douglass, who left to work for Obama's presidential campaign and who then joined his administration for 18 months until landing a media management gig at the Atlantic, says she was "not involved" in the event.

Keach Hagey at the Politico took a bit longer to describe things, accompanied by what I think was supposed to be a flattering picture of Ms. Douglass (seen above, but cropped for this post):

Interviewing Bill Clinton for Tuesday's Good Morning America, George Stephanopoulos' nine minute segment mostly amounted to a strategy session that was devoid of tough questions. Stephanopoulos stuck to softball comments, such as inquiring of the Clinton Global Initiative. He also speculated how Barack Obama could regain his "gut connection" with the American people. [MP3 audio here.]

Some people, if they were interviewing their former boss, might feel an extra responsibility to ask probing, grueling questions. Instead, Stephanopoulos brought up Sarah Palin: "Is she qualified to be president?" He followed up, "What's your gut on that?"

The former Democratic operative turned journalist could have pressed the ex-President about the details of his charity, the Clinton Global Initiative (CGI). Considering that the international group deals with several world leaders, he might have asked if there was any conflict of interest for Bill Clinton's Secretary of State wife. Stephanopoulos could have queried as to the funding for CGI. He did not. 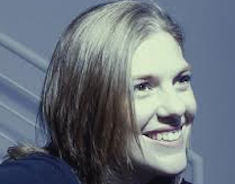 Emily Lenzner, Executive Director of Communications at ABC News for its DC-based shows, who spent eight months in 2007-2008 as editorial producer for This Week with George Stephanopoulos (for whom she also toiled inside the Clinton White House), has left ABC News for Anita Dunn's “strategic communications firm.” SKDKnickerbocker announced Monday she'll be a Managing Director with the firm led by Dunn, the Obama administration's Communications Director in 2009. SKDKnickerbocker's “About” page boasts:

We helped Barack Obama by being the only firm in America to do direct mail and television advertising for his 2008 presidential victory. We helped SEIU fight to stave off millions of dollars of healthcare cuts.

Their “Case Studies” page, which touts work for a bunch of liberal candidates, highlights “FAR-REACHING ROLE IN ELECTION: Obama for America.” That page trumpets: “No other firm had as far-reaching a role in President Obama's election...with Anita Dunn serving as one of the top officials of the campaign and the firm producing both television advertising and direct mail for the campaign.” The massive revolving door between the mainstream media and the Obama administration has spun once again, this time as former White House budget director Peter Orszag signs on as a New York Times op/ed columnist.

Orszag is the eighteenth individual (that we know of) to transition between the White House and the mainstream press. He will surely not be the last. That amazingly high number again underscores the ideological similarities between members of the Obama administration and members of the press.

The New York Times Co. broke the news in a press release today: 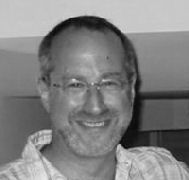 Andrew Breslau, who for eight years ending in 2006 toiled at CNN “as a senior manager and producer,” has been named President of New York City-based The Nation Institute, affiliated with the far-left The Nation magazine run by frequent MSNBC guest Katrina vanden Heuvel, and home to Christopher Hayes, Rachel Maddow's fill-in host.

The institute's August 18 press release described Breslau's CNN duties: “Tasked with managing a team of journalists covering the U.S economy, he also helped cover events overseas that ranged from the 50th anniversary of the People's Republic of China to the World Economic Forum in Davos, Switzerland.”

Prior to joining CNN, Breslau was quite active with a series of left-wing enterprises, starting in the mid-1980s writing for Mother Jones magazine and then helping to found Fairness and Accuracy in Reporting as its first associate director, the release from the institute's Communications Director, Ruth Baldwin, recounted.