Chief Diversity Officer Lloyd is virulently anti-capitalist, almost myopically racially fixated and exuberantly pro-regulation.  He is a frightening guy to have having any power at the Federal Communications Commission (FCC).  And yet that is exactly where he currently stands, astride the private radio industry he loathes like a Socialist Colossus.

It does not bode well for free speech on the radio airwaves, but as Seton says to Glenn during this appearance, "That's irrelevent to these people."

This is insane.  The "Chief Diversity Officer" in question, Mark Lloyd, is calling for the gross operating budget for every private radio station each year to be the fee (tax) they pay for their broadcast license for the year, with the monies going to the always liberal public stations.  With whom they then must compete for listeners.

Chief Diversity Officer Lloyd is - from all we have read and are reading - virulently anti-capitalist, almost myopically racially fixated and exuberantly pro-regulation.  He is a frightening guy to have having any power at the Federal Communications Commission (FCC).  And yet that is exactly where he currently stands, astride the private radio industry he loathes like a Socialist Colossus.

This excellent article by Cover is but the tip of the iceberg on this guy; there will be much more to follow as we continue to wade through his deeply disturbing writings. For instance, we have his farcical book on order.

When Vice President Joe Biden warned us to gird our loins, he apparently meant for us to do so in preparation for his Administration.

But Doctor of Jurisprudence Lloyd is far more than merely a communications attorney.  He was at one time a Senior Fellow at the uber-liberal Center for American Progress (CAP), for whom he co-wrote a June 2007 report entitled "The Structural Imbalance of Political Talk Radio."

Which rails against the fact that the American people overwhelmingly prefer to listen to conservative (and Christian) talk radio rather than the liberal alternative, and suggests ways the federal government can remedy this free-market created "problem."

These last two get perilously close to the use of "localism" to silence conservative (and Christian) radio stations, about which we have been warning for quite some time.

The panel, headed by Sen. Jay Rockefeller (D-W.Va.) , will hold hearings today on Genachowski’s nomination for the chairmanship of the FCC and for Commissioner Robert McDowell’s reconfirmation.

Commissioner McDowell “has been and remains a bulwark against a return of the Censorship Doctrine – also mis-known as the “Fairness” Doctrine. We know where he stands,” Bozell noted, adding that Genachowski’s views on “critical issues” like censorship, “localism” and “diversity” requirements are unknown.

“Mr. Genachowski must be asked about all of these issues. It is imperative that you - and the American people - get answers to these questions,” Bozell urged the senators on the Commerce Committee. Listed below are a few of the questions the MRC president would like asked:

Some in the liberal media establishment have decried discussion of the Fairness Doctrine, claiming the Obama administration's publicly saying it wouldn't pursue it removed the threat.

However, conservative radio talk show host Rush Limbaugh theorized that President Obama may have another method to restrict content over the airwaves in mind. In an interview on Sean Hannity's June 4 Fox News Channel program, Limbaugh explained how Obama could do this - by exercising the influence the government has over the banking sector.

"I want to say one other thing, even if I go over time here," Limbaugh said. "People ask me about the Fairness Doctrine all the time and I've been watching something here - newspapers are losing money. Advertising revenue is down, circulation. But radio companies, too, Sean. Television companies - their advertising revenues are down."

"Free speech on the radio airwaves remains in peril so long as the FCC is just a 3-2 vote away from reinstating the mis-named 'Fairness' Doctrine," MRC President Brent Bozell argued in a June 1 statement. What's more, the doctrine "remains a threat to free speech as long as elected officials like Pelosi and Reid... refuse to give the Broadcaster Freedom Act a vote."

The  Free Speech Alliance (www.FreeSpeechAlliance.us) is made up of sixty-seven (67) organizations representing millions of Americans dedicated to defending free speech against a return of the Censorship Doctrine or any other assault on the First Amendment and talk radio. National talk show hosts Lars Larson and Rusty Humphries have also been heavily involved in the petition effort.

The full June 1 press release is posted below:

President Barack Obama's Federal Communications Commission (FCC) has released the names of the thirty-one members of their Advisory Committee On Diversity For Communications In The Digital Age.  This May 7 gathering is made up of a laundry list of left-wing grievance groups, with a smattering of radio and television companies included to break up the monotony.

Not a single conservative organization is taking part in this Commission - more than a dozen Leftist groups are. A little ironic for a "diversity" panel, is it not?

Chairing the meeting is Henry Rivera, a former FCC Commissioner who was (and presumably still is) a strong proponent of the Censorship Doctrine, also mis-known as the "Fairness" Doctrine.

Many, many liberals in Washington have over the last several years called for a reinstatement of the Doctrine.  But push-back from people who have read and actually understand the First Amendment led the Left to realize that the political price to bring it back was too high, so they MovedOn.org.

Of course, their desire to silence the lone voices of their opposition had not lessened in the slightest.  They're still just as dictatorial, just pragmatically so.

Though Press swears no one is calling for the Censorship Doctrine, also mis-known as the "Fairness" Doctrine.

Though Press himself did exactly that in an op-ed on February 9th.

And got two Democratic Senators on the record on HIS radio show (with listeners numbering in the tens) to do the same.

And has apparently forgotten the litany of other Donkey elected officials who have expressed the same sentiment to censor.  (There are many more than I care to build links for in this brief missive.)

With a rich history of giving unprecedented coverage to alternative sexualities and gender identities, it’s no surprise that ABCnews.com features 1,100 + word article about a small town transgendered mayor. 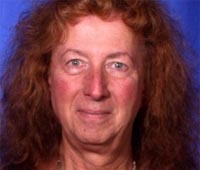 Stu Rasmussen is the mayor of Silverton, Oregon. He made national headlines as the first transgendered mayor in the nation after he won his November 2008 election. Rasmussen, who is sixty, has spent “50 years to get comfortable in [his] body” and in 2000 “adopted the twins,” as he called it, and got breast implants.

But Rasmussen may be making more headlines as RDF USA, the production company that shot hit ABC shows such as “Wife Swap” and “Don’t Forget the Lyrics” confirmed that they were shooting Rasmussen in Silverton the week of April 6, according to the abcnews.com article by Sarah Netter.

By Seton Motley | April 9, 2009 6:32 PM EDT
The Left is so often keen on science and technology - until they're not.  The moment modernity proves them wrong, they demand a return to the Dark Ages.

They bawdily bandy about the "scientific consensus" on global warming.  Until mounting contrary evidence and with it an ever-growing number of scientists disagreeing with their apocalyptic assessment force them to shove their heads in the sand and declare the debate closed.

And the solution of these pro-technology liberals to their contrived eco-cataclysm?  Full-fledged anti-industrial economic devolution back to the Dutch days of tilting at windmills and warming on a rock in the sun.

They scream bloody murder about butterfly ballots in 2000, so we go electronic and they then divine Diebold conspiracy theories and wish a return to the days of quill and parchment.