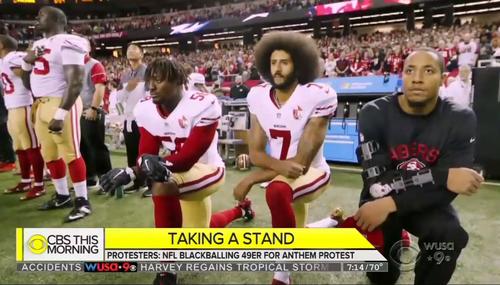 Some in Media Defend Kaepernick's Call to ‘Fight Back'

Culture
Jay Maxson
Amid the sports media reports on LeBron James and other athletes expressing outrage over the killing of George Floyd, the New York Daily News, Deadspin and the New Jersey Advocate featured excuses for the violent rioting. Sarah Valenzuela's story in the New York Daily News focused on former NFL player Colin Kaepernick (at right in photo) blatantly defending the riots and the arson: 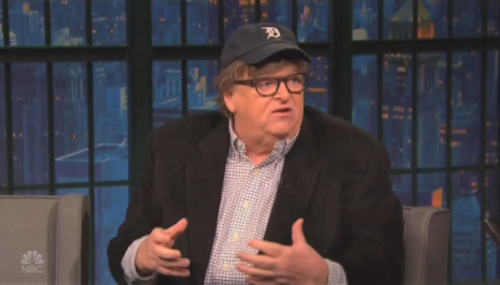 Culture
Matt Philbin
As we all know, Michael Moore doesn’t much like America. And despite being a Pillsbury Doughboy doppelganger, he’s not a fan of white people either. He does like arson and destruction. 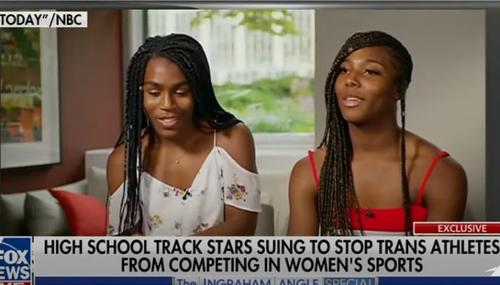 Culture
Jay Maxson
The boys who would be girls in Connecticut have been told by the U.S. Department of Education (DOE) to pick on someone their own size. In a 45-page letter obtained Thursday by the Associated Press, DOE's civil rights division says a Connecticut policy allowing transgender males to compete in girls sports is a violation of Title IX and it may seek to withhold federal funding over the policy.… 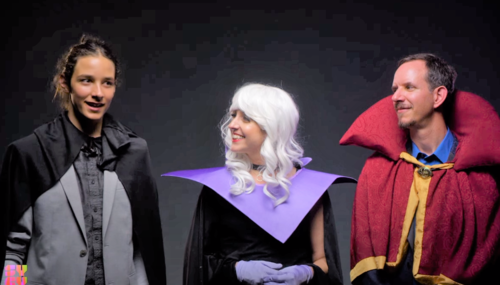 Culture
Alexa Moutevelis
June has become “Pride Month,” so get ready for everything to turn rainbow colored as pop culture celebrates alternative genders and sexualities even more than usual. This has become big business as brands attempt to cash in on their wokeness and LGBTQABCDEFG inclusivity all month long. 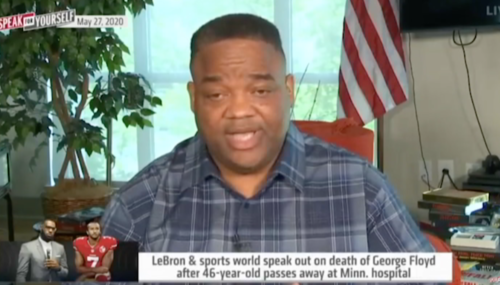 Culture
Jonas Wells
]The headline news of this week has been horrifying. Heartbreaking. Heinous. Pick a negative adjective, and you can apply it to the senseless killing that occurred in Minnesota this week. If you have seen the video of a Minnesota law enforcement officer kneeling on the neck of George Floyd until he suffocated to death, then you have probably experienced the same gut-churning feeling that the rest… 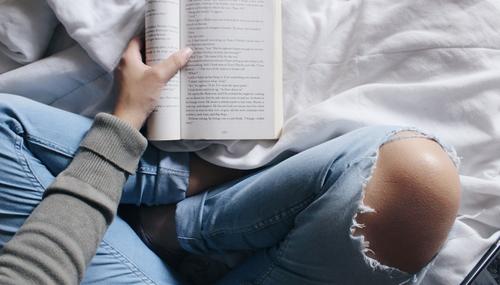 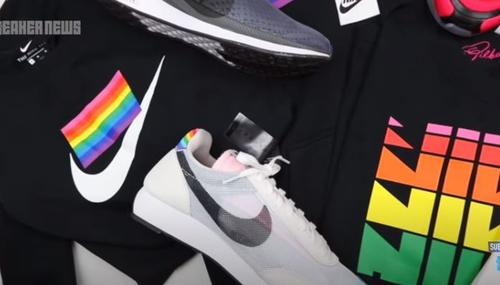 Culture
Jay Maxson
Nike hardly resembles the company co-founded by the late Bill Bowerman, so narrow and limited in his vision that he actually produced shoes, books and manuals to promote fitness. In comparison to the company's legacy, the politically correct goofballs running his misguided organization today are producing products that speak a spectrum of voices to non-binary runners.
Video

Culture
Rebecca Downs
Even before FX aired AKA Jane Roe, on May 22, the media quickly jumped on a“deathbed confession” from Norma McCorvey. McCorvey claimed that she was paid and coached by the pro-life movement. 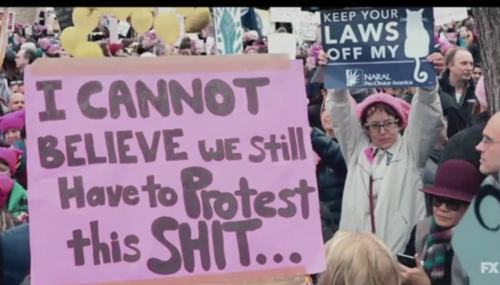 Culture
Julia A. Seymour
FX on Hulu’s historical revisionism of Phyllis Schlafly and the battle over the Equal Rights Amendment is finally over. After Mrs. America portrayed her as cold, cruel, calculating, insincere, tolerant of racism, and supported by the KKK, it added “abusive” to friends and supporters to its litany of attacks. In addition to the parting shots at Schlafly, the finale exposed the… 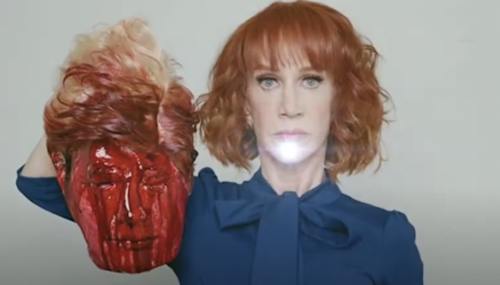 Culture
Lindsay Kornick
Kathy Griffin is once again back in the news for making yet another threatening remark about Donald Trump online. The 59-year-old comedian is now making headlines after suggesting that someone give President Trump a syringe with “nothing but air inside it.” 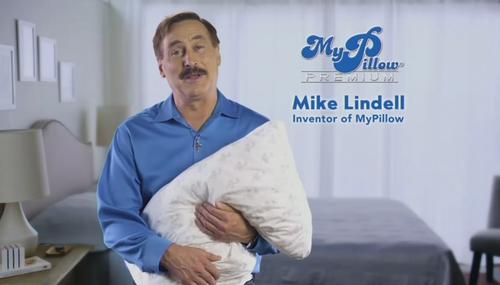 Culture
Matt Philbin
When the cool kids sneer at you, do you wear it like a badge of honor? Mike Lindell should. He’s the “MyPillow Guy,” the TV-friendly entrepreneur and enthusiastic Trump supporter. He’s also a former drug addict who got himself clean and turned into an outspoken evangelical Christian. 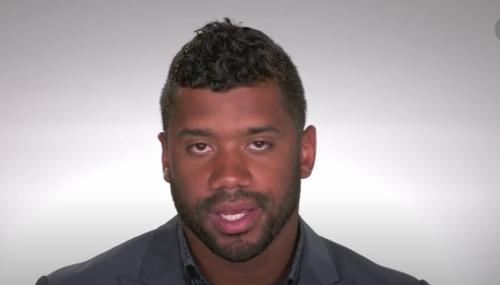 Culture
Jay Maxson
The 2020 ESPN "ESPY Awards" show this summer is bound to be a politically charged event. How can it not be with Megan Rapinoe, Sue Bird and Russell Wilson hosting the remote event? It's an election year, all three of these Seattle area progressives have a history of political activism and the ESPYs have provided "home field" for the likes of Michelle Obama and Caitlyn… 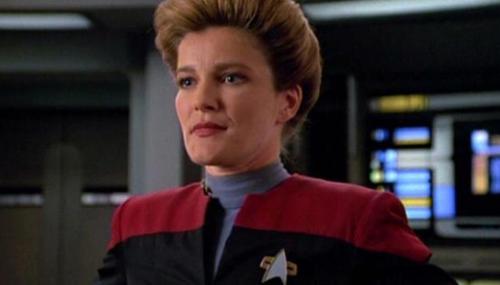 Culture
Matt Philbin
Hear that? The inane chirping? That means its quadrennial celebrity cicada season again. Every four years some of the great, the near great and the not great (yet all unquestionably ingrates) from the entertainment world emerge to threaten to deprive us of their presence if we vote incorrectly. 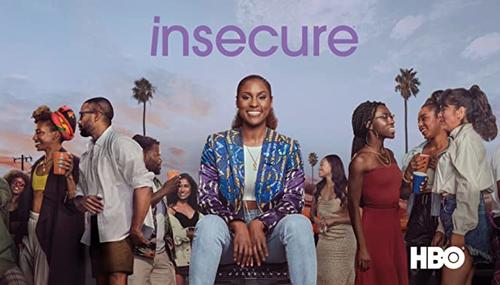 Culture
Dawn Slusher
HBO’s dramedy Insecure has long been known for its focus on race and racism. You’re likely to hear the words “white people” several times per episode, and never in a good way. But Sunday’s episode “Lowkey Trippin’” turned things up a notch by claiming that “white people want…to divide us.” And, just for kicks, they also threw in a…