MSNBC took a look at 144 journalists who donated political contributions from 2004 to the start of the 2008 campaign:

...according to the public records of the Federal Election Commission. Most of the newsroom checkbooks leaned to the left: 125 journalists gave to Democrats and liberal causes. Only 17 gave to Republicans. Two gave to both parties.

Remember back in April when Al Gore sycophant Sheryl Crow actually suggested “a limitation be put on how many squares of toilet paper can be used in any one sitting,” and then after being ridiculed for her stupidity had the nerve of saying, “It was just a joke?”

In an article entitled “Matters of Scale: Into the Toilet,” the Institute actually detailed toilet paper usage by various parts of the planet (I kid you not!): 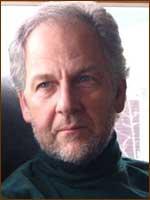 NYT: Journal Staffers Don't Like Anyone to Own Paper

Michael Moore Espouses Jesus, Yet He Mocked the Crucifixion, Supports Pro-Choice, And ...

On Tuesday's episode (6/19/07) of The View, Michael Moore advocated socialized medicine by saying that "Jesus told us that we would be judged by how we treat the least among us." (Video at Hot Air.)

Looking for Love at the Globe, Has McCain Signaled End to Prez Ambitions?

Has John McCain acknowledged reality and all but thrown in the towel on his run for the Republican presidential nomination? An editorial in today's Boston Globe might make you think so.

It was bound to happen. A Sci Fi film is being produced presenting humans as the evil, alien aggressors invading a peace loving alien planet, the allegory, according to the producers, being a comment upon the "imperialism" of the United States. Innocent aliens being killed by evil, imperialist space faring humans and it appears to be all George Bush's fault... again.

Science Fiction has used the alien invasion over and over for decades supposedly as an allegorical statement about the human condition contemporary to the production of a given film. In "Independence Day" the aliens are here to destroy us. This film was ridiculously criticized as nothing but "American jingoism" with Americans imagining themselves the saviors of the world because, with the USSR fallen, Americans were the only remaining superpower. Conversely, in the classic 1951 film "The Day The Earth Stood Still", a friendly alien visitor to Earth is shot down by the evil military and it is we, rather than the aliens, who are the bad guys. This film was supposedly about the Cold War but at least we humans were characterized as simply fearful in the 50s classic. Perhaps that benefit of the doubt for humanity is now gone as far as this new cartoon is concerned?

By | June 21, 2007 1:49 AM EDT
The efforts to overcome its self-admitted systemic left-wing bias appear not to have begun at the BBC. For two hours yesterday, the Beeb solicited residents of Iraq to send it tips on British and American troop movements (h/t Ace):

The request was removed from the website after it sparked furious protests that the corporation was endangering the lives of British servicemen and women.

Networks Convey Excitement Over Bloomberg, 'Candidate of the Media'

OpinionJournal.com's James Taranto on Wednesday proposed that New York City Mayor Michael Bloomberg is the preferred presidential “candidate of the media, ideologically as well as professionally,” a supposition demonstrated by media excitement over his separation from the Republican Party in preparation for a possible independent bid. “The presidential race just got a whole lot more interesting,” gushed Today co-host Meredith Vieira in plugging Wednesday's top story while, on CBS, Early Show co-host Harry Smith excitedly relayed how “we want to get right to our top story, and that's a bombshell from New York City Mayor Michael Bloomberg.” On ABC's Good Morning America, Diane Sawyer enthused about how “the hugely popular Mayor of New York City ditches the Republican label and declares independence, asking if other Americans are ready for a change.” Robin Roberts insisted that “many are asking now whether he is destined to be a contender.”

All day Wednesday the cable networks were full of speculation over Bloomberg and in the evening all three broadcast network newscasts ran full stories on his possible candidacy. An on-screen graphic on ABC's World News asked “Will He Run?” and the NBC Nightly News looked at the possibility of three candidates from New York. But the CBS Evening News was the most promotional. Katie Couric highlighted how a poll “found more than one out of three Democratic primary voters and more than half of Republicans want more choices. So how about an independent? Today a certain Mayor of New York was the talk of the town and a lot of the country.” More likely, the talk of America's newsrooms. Noting how Bloomberg is “sparking imaginations,” Jim Axelrod recited some of Bloomberg's liberal positions: “So no one really knows what this 65-year-old billionaire who favors gun control, gay marriage, and abortion rights is up to, aside from sparking the imaginations of those uninspired by the current field.” 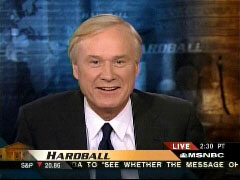 Chris Matthews couldn’t contain his giddiness, first noted here, when he praised Michael Moore’s Sicko movie on tonight’s Hardball. After he sent his correspondent, MSNBC’s David Shuster, to chase down Moore on Capitol Hill and get an exclusive rant from Moore against the "rackets" that are American health care companies Matthews yelped: "You know I gotta agree with him on this stuff. I gotta agree with him.

Environmentalism is hip, green celebrities are “very sexy” and saving the planet is “simple,” according to the media.

It is certainly not “extreme” as far as journalists are concerned. The deluge of celebrity books, films and even rock concerts is making green look good – because journalists leave out the cost to individuals, businesses and the economy.

“Going green” is all the rage – from Live Earth to “green” weddings and interior decorating. The problem is, media reports imply that people won’t have to make enormous sacrifices to do what is right for the environment. That downplays the reality of environmentalism, which is anti-business and anti-economic growth; even, at times, anti-human rights.

But the truth is, like the recent Dilbert comic pointed out, environmentalism is extreme, inconvenient, and costly. In one recent case, environmentalists have even limited people’s right to travel in their own country.

As we all know, Andrea Mitchell having told us so, Chris Matthews is no liberal. However the Hardball host did emphatically state on this afternoon's show that, at least when it comes to health care, he agrees with Michael Moore.

Matthews had just aired an impromptu interview that MSNBC's David Shuster had snared with Moore when the filmmaker appeared on Capitol Hill today on the occasion of this week's release of his latest work, "Sicko," regarding health care in the United States. In both Shuster's depiction of Moore's views, and in Moore's own statements in the course of the interview, Moore made clear that he wants to eliminate private-sector participation in health care insurance.

As Shuster put it: "in this movie, Moore calls for the end, the end, of for-profit healthcare."

In the aired interview, Moore described private-sector insurers as a "racket" and said "I want private insurance companies out of the equation."

So how did Matthews react to Moore's call for the killing of private-sector health care?