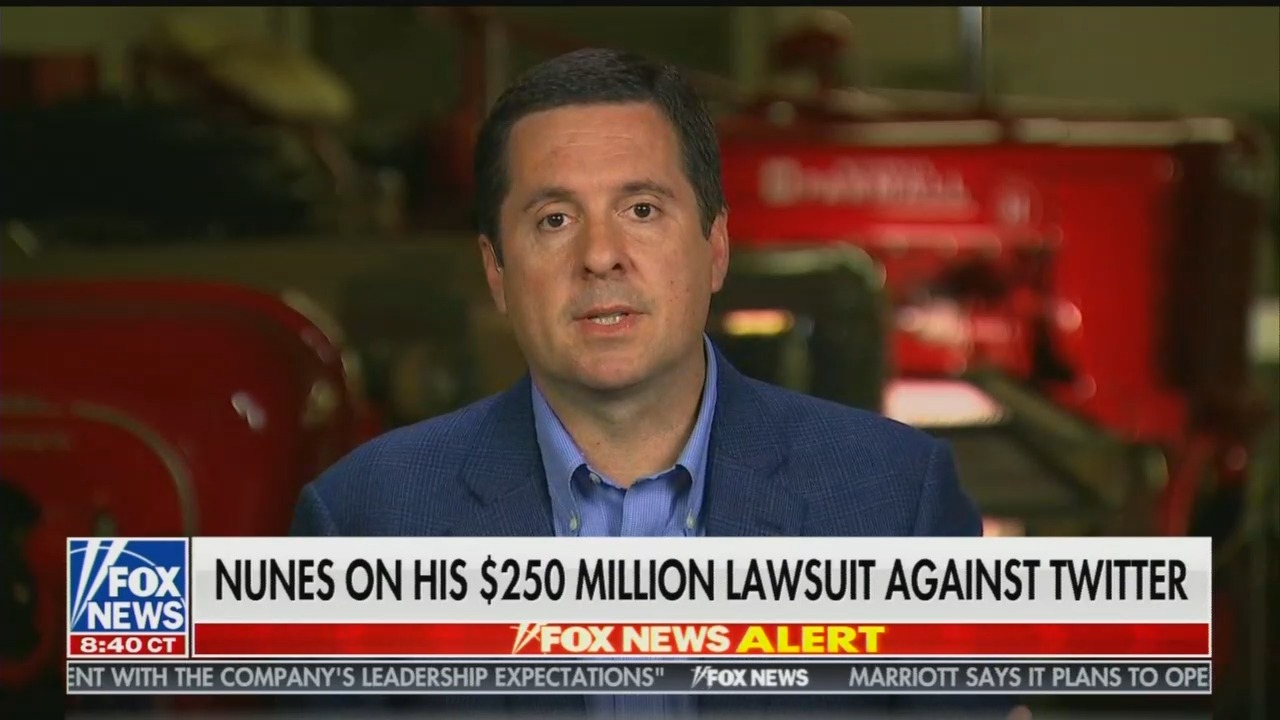 Social media companies cannot simply censor content without expecting consequences. So it should come as no surprise that Rep. Devin Nunes (R-CA) is suing Twitter for $250 million in damages.

In a complaint filed on March 18, Nunes stated that Twitter “shadow banned conservatives,” ignored lawful claims of abuse, and censored content based on political ideology. Nunes told Fox News host Sean Hannity that same night that, “This was the first of many lawsuits.” He believed that the abuse he received on Twitter was “an orchestrated effort.”

Nunes said he plans to go after other social media companies for the same reasons he is suing Twitter. But he considered Twitter to be the biggest offender. “They are the main proliferator and they spread this fake news and the slanderous news. They need to come clean: they are not a public square. They are content developers.”

The lawsuit goes after a handful of Twitter users who ran fake accounts impersonating Nunes’ mother. These fake accounts attacked Nunes on a regular basis with content that alleged that Nunes was:

a racist, having 'white supremist friends' and distributing 'disturbing inflammatory racial propaganda'; falsely accused Nunes of putting up a 'Fake News MAGA' sign outside a Texas Holocaust museum; falsely stated that Nunes would probably join the 'Proud Boys', if it weren’t for that unfortunate 'nomasturbating’ rule'; disparagingly called him a 'presidential fluffer and swamp rat'; falsely stated that Nunes had brought 'shame' to his family; repeatedly accused Nunes of the crime of treason, compared him to Benedict Arnold, and called him a 'traitor.'

Nunes also claimed that his shadow ban, uncovered by Vice in the summer of 2018, was part of an effort to disparage and derail his work as the chairman of the House Intelligence Committee, as he investigated supposed abuses made by the government. In addition, the censorship Nunes alleged he received from Twitter “influenced the 2018 Congressional election.”

Once the shadowban was made public, Twitter denied that it was anything more than a mistake. Twitter Product Lead Kayvon Beykpour wrote “our behavioral ranking doesn't make judgements based on political views or the substance of tweets.”

Nunes told Hannity that the denials meant nothing to him. He said, “The fact of the matter is that people could not see my tweets. So now if we move forward, if you get emails from Twitter, it’s constantly left-wing stuff, it’s constantly fake news stuff.”

He called for transparency as a solution to the problem, adding, “So I think if Twitter wants to be in the public square, and they don’t want to be a content developer, they should come clean, give us all their algorithms.”