Zuckerberg Says He Believes in ‘Giving People a Voice’ on Facebook

Facebook CEO Mark Zuckerberg has recently been trying to strike a balance between cracking down on fake news, hoaxes, and hate speech and allowing a diversity of opinions on the site. In a recent interview with Recode, Zuckerberg took one of his strongest approaches in defense of free speech on the platform.

Recode Executive Editor Kara Swisher asked Zuckerberg about InfoWars’ presence on the site, which has grown controversial recently amid CNN spearheading an effort to get the site booted off Facebook. Zuckerberg responded by explaining how Facebook ranks items in its News Feed, while stating, “There’s giving people a voice, so that people can express their opinions. Then, there’s keeping the community safe, which I think is really important. We’re not gonna let people plan violence or attack each other or do bad things. Within this, those principles have real trade-offs and real tug on each other. In this case, we feel like our responsibility is to prevent hoaxes from going viral and being widely distributed.” 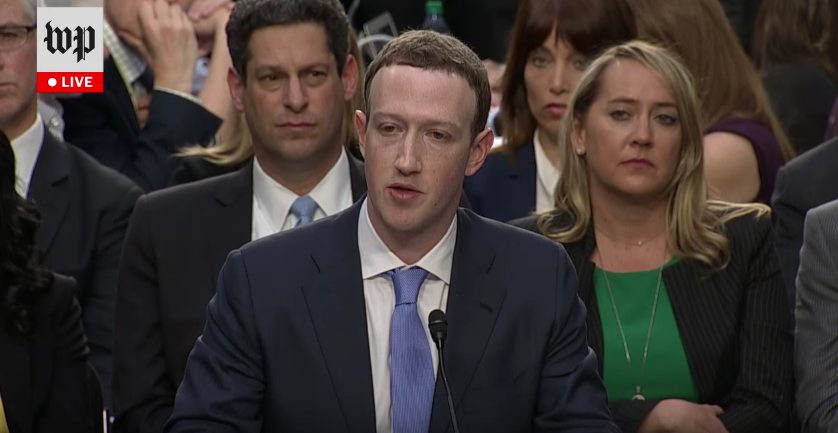 Asked why Zuckerberg doesn’t simply tell sites like InfoWars to “get off our platform,” he replied that he sides with “this principle of giving people a voice,” even if their positions are “abhorrent”:

Look, as abhorrent as some of this content can be, I do think that it gets down to this principle of giving people a voice.

Let me give you an example of where we would take it down. In Myanmar or Sri Lanka, where there’s a history of sectarian violence, similar to the tradition in the U.S. where you can’t go into a movie theater and yell “Fire!” because that creates an imminent harm.

The principles that we have on what we remove from the service are: If it’s going to result in real harm, real physical harm, or if you’re attacking individuals, then that content shouldn’t be on the platform. There’s a lot of categories of that that we can get into, but then there’s broad debate.

Swisher then asked about conspiracy theories surrounding the Sandy Hook shooting. To underlie his belief in allowing free speech on the site, Zuckerberg brought up how he finds Holocaust denial offensive, but he does not believe in taking down the pages of Holocaust deniers:

I’m Jewish, and there’s a set of people who deny that the Holocaust happened.

I find that deeply offensive. But at the end of the day, I don’t believe that our platform should take that down because I think there are things that different people get wrong. I don’t think that they’re intentionally getting it wrong, but I think-

After being interrupted by Swisher, who said Holocaust deniers might be intentionally getting the facts of the Holocaust wrong to support their agenda, Zuckerberg explained that it’s “hard to impugn intent” when suppressing speech,”

It’s hard to impugn intent and to understand the intent. I just think, as abhorrent as some of those examples are, I think the reality is also that I get things wrong when I speak publicly. I’m sure you do. I’m sure a lot of leaders and public figures we respect do too, and I just don’t think that it is the right thing to say, ‘We’re going to take someone off the platform if they get things wrong, even multiple times.’

What we will do is we’ll say, ‘Okay, you have your page, and if you’re not trying to organize harm against someone, or attacking someone, then you can put up that content on your page, even if people might disagree with it or find it offensive.’ But that doesn’t mean that we have a responsibility to make it widely distributed in News Feed. I think we, actually, to the contrary-

In light of concerns by conservatives, Zuckerberg has been working on meeting with members of the conservative press and reaching out to conservative activists.