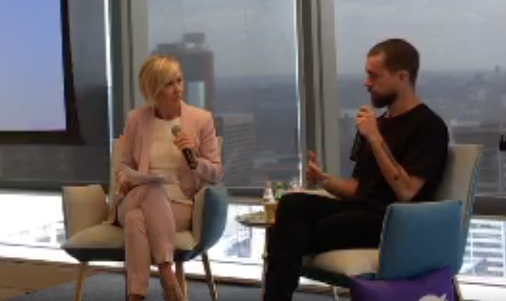 “And that is the beauty of an open conversation,” Dorsey added. “You have what people actually think and you get closer and closer to this idea of a global consciousness, where you actually can see how people are thinking and how people, more importantly, are feeling about these issues and acknowledge what we need to acknowledge and, ideally, use that to help us move on.”

In September, Twitter discussed a controversial Trump tweet and said the site decided to leave it up because of its newsworthiness. Some liberals contended that Trump’s account should be deleted for violating the hate speech rule

Dorsey’s opinion is similar to the one reportedly held by Facebook founder Mark Zuckerberg. According to The Wall Street Journal, Zuckerberg reportedly said it would be “inappropriate” to take down Trump’s Facebook posts, despite protests from employees. Similar to the attitude Twitter takes in regards to Trump’s content, Facebook takes into consideration the newsworthiness of the allegedly objectionable content.