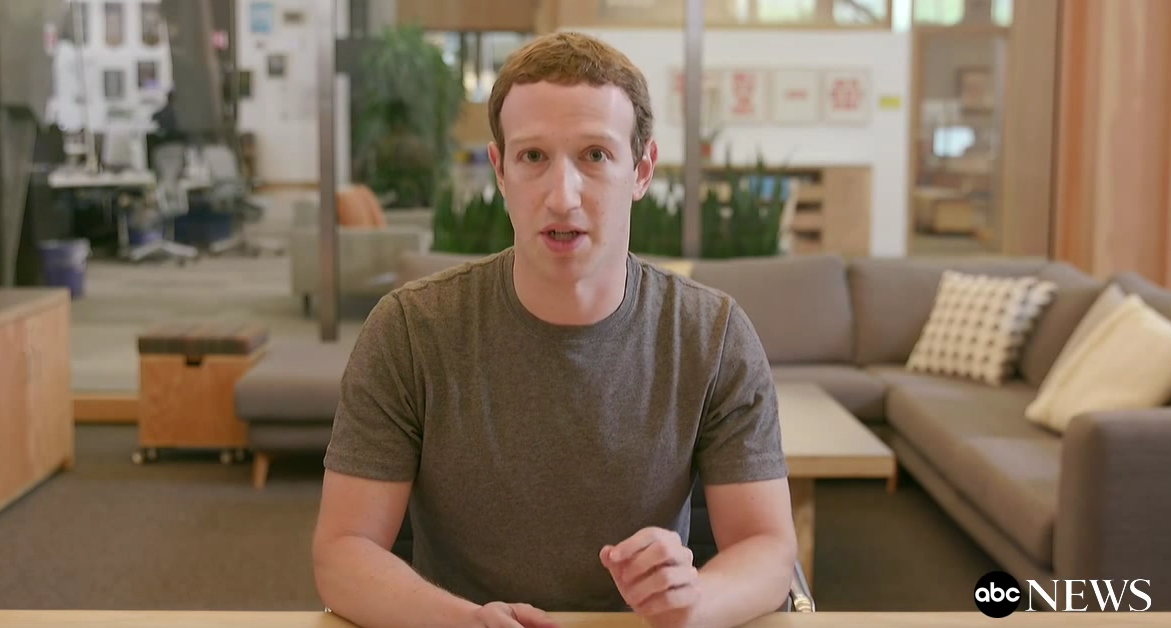 During an interview with Vox’s Ezra Klein, Zuckerberg spoke about attempts by Facebook to crack down on what is deemed “fake news.” Zuckerberg laid out three kinds of fake news: spammers, state actors, and legitimate news sources that are “speaking their truth” although they may have “varying levels of accuracy or trustworthiness.”

In his conversation, Zuckerberg referenced the January 2018 News Feed changes. In that announcement, Facebook claimed it would be changing the news people see in their feeds to prioritize news that is “local,” “informative,” and “trustworthy.” To discern what news sources are trustworthy, Zuckerberg said he was letting the people decide:

At the time of the announcement, there was speculation over how the change would impact small, new publishers and if the system could be rigged in order to favor one ideology over another.

Zuckerberg’s newest comments, however, seem to suggest that the trusted sources will be establishment, mainstream sources.

In the Vox interview, he pointed to two examples of journalism that he believes people trust, even if they do not personally read them: The Wall Street Journal and The New York Times.

Take The Wall Street Journal or New York Times. Even if not everyone reads them, the people who don’t read them typically still think they’re good, trustworthy journalism. Whereas if you get down to blogs that may be on more of the fringe, they’ll have their strong supporters, but people who don’t necessarily read them often don’t trust them as much.

When Klein mentioned his own personal history as a blogger, and how the change may be biased against up-and-coming publishers, Zuckerberg responded by saying the impact of the change would actually just be “subtle” because Facebook is still devoted to “giving everyone a voice.”

In addition to discussing the New York Times as an example of a trustworthy news source, Zuckerberg also talked about ways to make the site itself more trustworthy by being more transparent.

Zuckerberg admitted Facebook has not been “transparent enough.” Part of making the site more transparent, according to Zuckerberg, is allowing users to appeal when their content gets taken down from Facebook. He explained:

[...] Right now, if you post something on Facebook and someone reports it and our community operations and review team looks at it and decides that it needs to get taken down, there’s not really a way to appeal that. I think in any kind of good-functioning democratic system, there needs to be a way to appeal. And I think we can build that internally as a first step.

But over the long term, what I’d really like to get to is an independent appeal. So maybe folks at Facebook make the first decision based on the community standards that are outlined, and then people can get a second opinion. You can imagine some sort of structure, almost like a Supreme Court, that is made up of independent folks who don’t work for Facebook, who ultimately make the final judgment call on what should be acceptable speech in a community that reflects the social norms and values of people all around the world.

Considering Facebook has recently came under fire for its decision to ban the Facebook page for a European far-right group and the pages of its leaders -- out of all the pages that violate its rules -- Zuckerberg’s talk of transparency is refreshing. The choice of “independent folks” who are truly independent, however, remains to be seen.