Update: As of 4:31 PM today there was a development in this story. Carpe Donktum announced via tweet that Buzzfeed has decided not to reveal his personal information after all. He wrote "I have heard back from @BuzzFeed and they have decided to run the story WITHOUT including my name." He added that both he and his family are thankful for this final decision.

The pro-Trump YouTuber who goes by the name CarpeDonktum revealed that Buzzfeed is considering releasing his personal information.

Shortly after noon July 15, he announced as a “friendly heads up” that Buzzfeed “is currently in the midst of a moral dilemma about whether or not they should Dox me and my family.” Many of his comical videos have been retweeted by president Trump himself.

Doxxing is the non-consensual revealing of personal information, such as one’s name, address, workplace, etc. As in the case of Fox News host Tucker Carlson, this can lead to activists raiding one’s house in retaliation for mere words.

(Note: The photo is from his public YouTube channel and he has appeared in person at the White House summit, what he does not want revealed is his name, address, etc.) 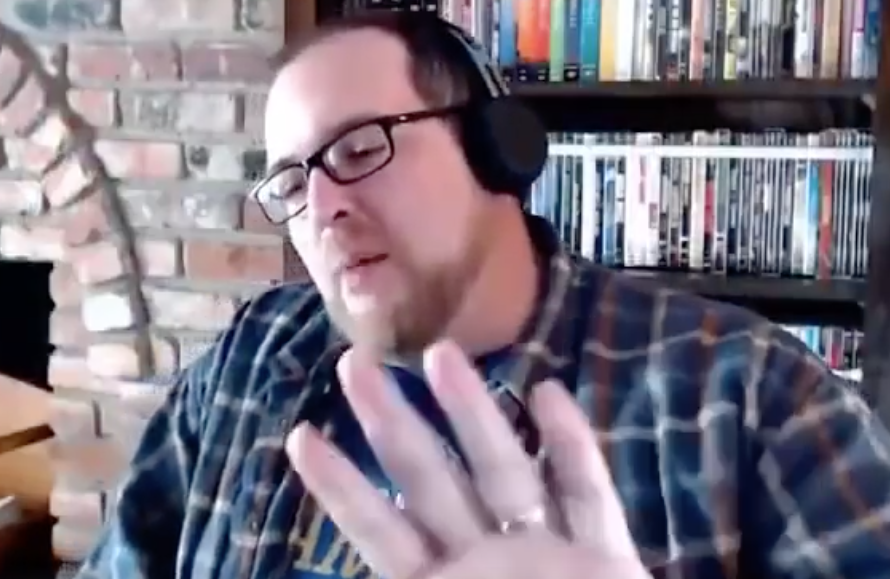 Buzzfeed knows the dire implications of doxxing, as the site has previously written that it can lead to people receiving death threats in their article “This Journalist Got Death Threats After Being Doxxed By An Activist. Facebook Took 18 Hours To Respond.” But because CarpeDonktum is a successful conservative meme creator who has galvanized and entertained the movement, they are fine with intimidating him into silence.

He added further that, “I have spoken with a reporter from Buzzfeed and they claim to have found my private Facebook profile, run a background check on me, and are prepared to release my name to the public.”

He explained to the Buzzfeed reporter that this is a “morally reprehensible act would put not only myself in very real danger, but my family.” This for the moment, does not seem to have deterred the liberal news outlet from releasing his information.

“In the current political climate, I have been very lucky that MANY MSM outlets have respected my wishes to remain anonymous” he tweeted. However, this bipartisan respect for privacy and safety of fellow American citizens appears to be at an end.

“This move from Buzzfeed is just the most recent in a long history of lesser outlets being used as launch point for harassment.” he finished.