As a parent, one of the most heart wrenching things you can go through in life is the loss of a child, and no less traumatizing for the parent is when this loss is by suicide. However, there are some in the media that feel no compunction in using a situation like this to take political shots at a person if he holds different views politically, especially if the parent is a politician. This callousness was exemplified recently by Indy Week reporter Jane Porter.

According to Wikipedia, Indy Week, formerly known as the Independent Weekly and originally the North Carolina Independent, is a tabloid-format alternative weekly newspaper published in Durham, North Carolina, and distributed throughout the Research Triangle area. Ms. Porter was reporting on the story originally published in the Stanly News & Press about the suicide of a man named Graham Anthony Pittman. As reported by SNAP:

A 27-year-old Concord man drove to the top of Morrow Mountain State Park Sunday afternoon and took his life in front of park visitors.

Shortly before 2 p.m. Graham Anthony Pittman ignored the pleas of park rangers and shot himself in the head while sitting inside his Jeep Cherokee, according to Tony Underwood, special agent in charge with the State Bureau of Investigation.The incident occurred in front of a crowded park and two rangers at the mountain’s overlook area, Underwood said.

Park visitors were within 30-40 yards from the suicide. Most of them left after the shooting, Underwood said.

An apparent domestic argument at home led to Pittman’s actions. 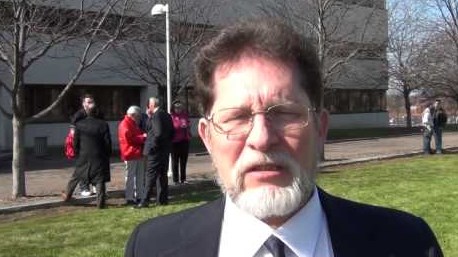 Now for Ms. Porter, the most important part of this story was not Graham Pittman himself, but his father. Larry Pittman is a North Carolina state Representative from Cabarrus. What makes him so important and germane to the story is his legislative priorities, because he is a conservative.

Rep. Pittman has championed expanding gun owner rights in the General Assembly and during his campaigns for the District 82 House seat.

Pittman is the primary sponsor of a bill filed Tuesday—the day after his son’s suicide—that would prohibit any local government employees from enforcing federal firearms laws, unless by court order. The bill, titled the Gun Rights and Privacy Act, would also repeal local prohibitions against carrying concealed weapons, and would streamline the handgun permit while traveling across state lines and “to make the purchase of a firearm more efficient.”

According to a conversation Ms. Porter had on Twitter, this is newsworthy because of the proximity of its filing to his son's death:

@ORConservative Pittman filed that bill the day after his son's death; both events are newsworthy

Now according to Ms. Porter, she was only reporting the facts, not editorializing:

@ORConservative suicide is a tragedy but my piece was not an editorial. stating facts is not politicizing

However, a simple reading demonstrates otherwise:

Pittman is a polarizing figure in the General Assembly. He has been behind many of the recent initiatives to allow carrying concealed weapons in public places where they were formerly prohibited, like the State Fair. Pittman led the charge to restore language in House Bill 937 that would allow people to carry guns in bars and restaurants in 2013.

Also in 2013, Pittman, a minister, slammed U.S. Sen. Thom Tillis, then N.C. Speaker of the House, in a video for allowing a bill that would establish a state religion in North Carolina to stall and die.

Not surprisingly, Pittman vocally opposes same-sex marriage. He has called for doctors who perform abortions to be tried and punished with the death penalty.

As the "not an editorial" continues, Ms. Porter continues with the editorializing, by pointing out the elder Pittman's "extreme views," and in particular how his son's views were so diametrically opposite.

But Pittman's son Graham did not appear to share his father's extreme views. On his Facebook page, which is still public, Graham Pittman alluded to identifying as an atheist. He shared a post from Equality North Carolina, the state's largest LGBT advocacy group, the day same-sex marriage became legal in North Carolina, with the comment "about time."

Her defense is basically "I'm just reporting the facts."

@ORConservative I was trying to go beyond rehashing facts to paint a clearer picture of Pittman and his son for readers. that's my job

And finally, since the elder Pittman is pro-Second Amendment, what better place to get a quote than from a group called "Moms Demand Action for Gun Sense in America"? This is a group aligned with nanny-stater Mike Bloomberg's "Everytown For Gun Safety", a group that spends many millions of dollars advocating for gun control around the country. These are groups that, like Ms. Porter, conveniently ignore facts such as that Connecticut's strict gun laws - some of the strictest in the nation - did nothing to prevent Adam Lanza from committing the Sandy Hook school shooting.

Sarah Green, the NC Chapter lead at Moms Demand Action for Gun Sense in America, said the group could not comment on House Bill 699 at this time. "Our thoughts go out to Rep. Pittman's family," Green said. "Suicide is just one of the ways that gun violence affects Americans every day."

So let's recap: a married father of two girls commits suicide with a gun in a public place following a domestic dispute, and yet nine paragraphs of a 13 paragraph story are about the political activities of his conservative father that have nothing to do with his son's suicide.

Exit question: if Pittman had been a Democrat, do you think Porter would have gone out of her way to describe how he is pro-abortion, and a fan of bigger government and more taxes?