As Diane Sawyer Signs-Off, a Look Back at Her Fawning Chats With Repressive Dictators

World News anchor and long-time ABC journalist Diane Sawyer signed-off for the last time on Wednesday night. The host's final show included a music montage as she offered a behind the scenes look at how the program is created. Sawyer praised World News as "the flagship broadcast of ABC where Peter Jennings created a signature of such curiosity and courage."

Talking to viewers, Sawyer said of the people behind her show: "Determination and the certainty of purpose: They're doing it for you." [See video below. MP3 audio here.] Sawyer joined ABC in 1989 and if there's been one constant during her long career, it's fawning, credulous reporting on dictators. On February 19, 2008, she cooed over Fidel Castro: "From a tiny island, a larger than life personality....Castro knew life is a stage and played the part of the dashing revolutionary, coming to New York, getting rock star treatment."

Here are some of Sawyer's most gushing reporting on repressive regimes, starting off with a trip to North Korea:

Diane Sawyer: 'It is a world away from the unruly individualism of any American school.'

Sawyer voiceover: 'Ask them about their country, and they can't say enough.'

North Korean girl, in English: 'We are the happiest children in the world.'

Sawyer to class: 'What do you know about America?'

Sawyer voiceover: 'We show them an American magazine. They tell us, they know nothing about American movies, American movie stars....and then, it becomes clear that they have seen some movies from a strange place....'

Sawyer to class: 'You know The Sound of Music?' 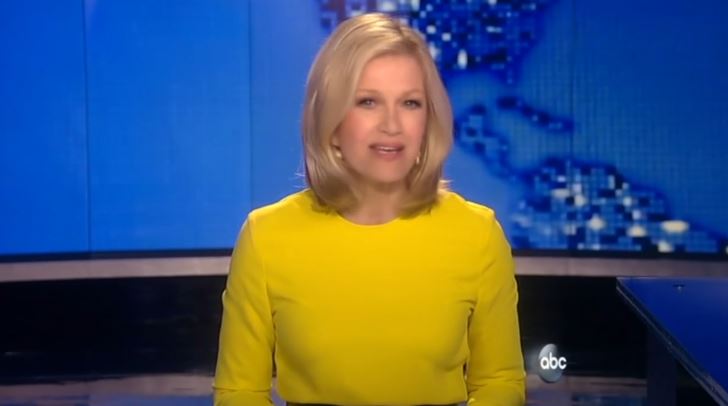 Co-host Diane Sawyer: 'A number of people have already said, 'Is there anything surprising, personal about [Iranian] President [Mahmoud] Ahmadinejad that we didn't know?' Well, it turns out, someone told me he cries a lot. That he is dramatically sentimental and sympathetic if someone comes up and expresses a personal plight. So I just asked him, are you often in tears?'

Mahmoud Ahmadinejad: 'Yes, that's true. Not only for Iranians, of course, they are very close to me and I love all Iranians. And anywhere, when I see people suffering, I have the same reaction....Even when I see on TV that, for example, some Americans, because of tornadoes or a hurricane, they have lost their homes, I become sad.'

'There may not be any other man in history who better embodies the saying that one man's terrorist is another man's freedom fighter....For most Israelis, many Jews, he was a bloody terrorist and nothing more. Yet elsewhere in the world, even among Arabs who questioned his leadership, he was treated as a hero, freedom fighter, revolutionary. A diminutive man who became a larger than life symbol of the Palestinian dream.'

'As we said, the President is heading for a meeting with world leaders in Russia. And Mikhail Gorbachev, the Russian leader who changed the world, helping end the Cold War, sat down to speak with our senior national correspondent Claire Shipman, who's reporting this morning from St. Petersburg.'

Diane Sawyer: 'He grew up a first-rate baseball player and lawyer, who, married once, divorced. But was mainly driven by his burning desire to crush Cuba's American-supported dictator Fulgencio Batista. It began with a daredevil attack on the military barracks. Jail. His exile. And then a death-defying two-year fight in the mountains of the Sierra Maestra. He and his small band of soldiers endured and won only because of Castro's invincible certainty of their destiny.'

Newsreel announcer: 'Down from the mountains, the conqueror comes.'

Sawyer: 'Pointing to those mountains, he says those days were the happiest of his life.'

'Even critics praise Cuba's health care, education, scientific research....Cubans say privately he is still a hero, even as a lot of his people dream of a free economy and country....And what about those recent elections? A lot of new young faces were brought into the Party.'

'From a tiny island, a larger than life personality....Castro knew life is a stage and played the part of the dashing revolutionary, coming to New York, getting rock star treatment.'

— ABC's Diane Sawyer on the February 19, 2008 Good Morning America, after news Castro was dropping his title as Cuban president.

'The man himself retains an almost mystical hold on the Soviet people, including Mikhail Gorbachev. Back in 1917, it was Lenin who fired up an entire country with his bold dream of communist equality, his passion and his ruthlessness.'

— ABC's Diane Sawyer on Communist leader Vladimir Lenin, during a Primetime Live special on the history of the Soviet Union, January 18, 1990.

In 2007, Sawyer got a chance to talk to Syrian dictator Bashar al-Assad and offered questions on country singer Shania Twain, video games and iPods.

For a Profile in Bias on Diane Sawyer, go here.

To read about Sawyer's decades-long obsession with the Clintons, go here.

A partial transcript of Sawyer's August 27 goodbye can be found below: 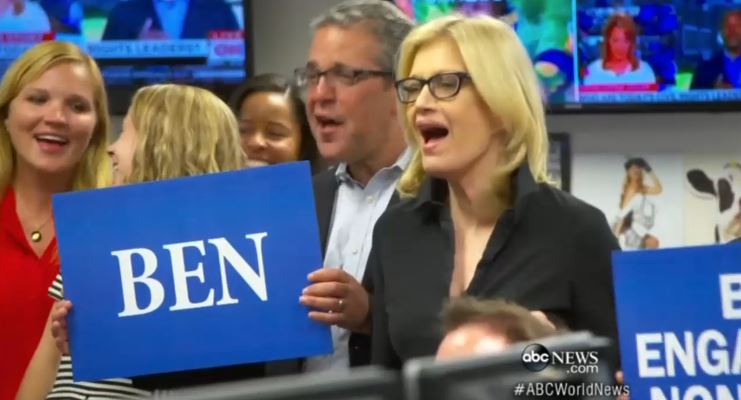 DIANE SAWYER: And our powerful Washington bureau, our teams across the country, our teams around the globe working under tight deadlines every single day.

SAWYER: As the countdown begins, out of the work clothes, getting ready for air. [Talking to makeup people.] Transformed! In the studio, the people who are front and center with me every night, again so much dedication and intelligence. Determination and the certainty of purpose: They're doing it for you. A smile and a hug and a team always at the ready. Tomorrow and next week and every week beyond.

SAWYER: And now it is time to say good night. And I just want you to know what a deep privilege it has been to sit in the anchor chair at World News these years, the flagship broadcast of ABC where Peter Jennings created a signature of such curiosity and courage. It has been wonderful to be the home port for the brave and brilliant forces of ABC News around the world and to feel every single night you and I were in a conversation about the day together. Sometimes as we know there have been tough stories on World News. But you always made it clear, like me, you believe better will come, that the future is one of possibility. And there has been so much to celebrate here as well, connections, community, America, and the generosity of our neighbors next door. I want you to know none of that will change. World News is dedicated to what informs, and we always hope helps make your life better. And on a personal note, as I said I'm not going far, down the hall, up the stairs, and I am not slowing down but gearing up in a new way, already at work on some of the stories that take you into the real lives sound us, the ones we rarely get to see. And starting next week, the anchor and managing editor, David Muir will be right here. He is my friend and you are in strong and steady hands. So one last time, it is good to know you are watching tonight. To Mike and the four grandchildren and their perfect parents, look forward to being home early for some dinners again. For gratitude during these years, I thank you and I'll see you right back here on ABC News very soon. Good night.