The other governor’s race in America with a Mark Foley echo is in Massachusetts, where Democratic hopeful Deval Patrick, a former Clinton Justice Department official, whom the Washington Post profiled on Wednesday in a feature by staff writer Wil Haygood that was so positive, a liberal blogger characterized it as a "sweet send off for him...I hope he can feel the tail wind."

Pacifist Reporter To Soldier: 'Ever Worry One Day Your Number's Gonna Come Up?' 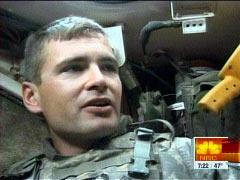 As Tim Graham reported here earlier this week, NBC reporter Richard Engel, who spends much of his time in Iraq, has declared: "I think war should be illegal...I'm basically a pacifist."

The New York Times is moaning the supposed loss of the "Republican Moderate" in Congress with their latest piece, Moderate Republicans Feeling Like Endangered Species.

Amusingly, some of the names they use to define a "Republican Moderate" are Olympia Snowe and Susan Collins of Maine and Lincoln Chafee of Rhode Island. They also mention Mike DeWine of Ohio, but the three they focus on are Snowe, Collins and Chafee... these are the people they call "moderate".

These three are FAR from being "moderate". They are more like Democrats -- and far left ones at that -- than Republicans and rarely vote with their national Party on any issue. But, to the NYT "moderate" means voting with Democrats, apparently.

FNC's Bill O'Reilly returned to the Late Show Friday night for round two with David Letterman over Iraq. In the show taped on Monday but not aired until Friday, Letterman expressed disgust with the war: "So we've made a mistake in war, so we stay there and kill as many Americans as we possibly can? That's the way you get out of a mistake?" At another point, Letterman fretted: “It's all about oil. That's why we're there. Big deal." When O'Reilly asserted that “it isn't 'We're a bad country, Bush is an evil liar.' That's not true," Letterman retorted that "I didn't say we were a bad country. I didn't say he was an evil liar" and charged: "You're putting words in my mouth just the way you put artificial facts in your head."

Unlike the January 3 confrontation, however, each time it seemed to get too personal, O'Reilly would always -- and Letterman sometimes too -- interject a humorous rejoinder to try to keep the interview from becoming too hard-edged. “We're really friends. This is all an act. We're buddies. We bowl," O'Reilly proposed in an effort to cut the tension. For a look at the January session, check my NewsBusters post of the time (with video), “Letterman Denounces Iraq War, Sheehan Critics.” My Friday night posting, “O'Reilly Returns to Late Show Friday Night, Letterman Calls Him a 'Liar,'” recounted comments Letterman made on his Thursday night show. (Partial transcript from Friday's show follows)

Friday's morning shows offered more of the same election coverage. On ABC, Kate Snow highlighted how everyone Republican is running from Bush (with Rick Santorum touting his work with Hillary, God forbid) and gave Michael J. Fox another huge soundbite. On NBC, David Gregory explored how Democrats would rule. The first rule: hike the minimum wage.

Capital Times: "Limbaugh Should Be Ashamed, But Isn't"

All that was missing was the theme music from Deliverance. Not content to condemn George Allen for raising the issue of Jim Webb's racy writing, Chris Matthews decided on this evening's Hardball to slur the entire Commonw

ealth of Virginia south of the DC suburbs.

Interviewing senior Webb campaign advisor Steve Jarding [Chris did indicate that he had unsuccessfully tried to get an Allen representative on the show], Matthews had this to say:

"Not to take sides but they've had this material since the day Jim Webb announced, and they've chosen to use it now with the risk that it implies, because everybody in Northern Virginia, in this area of the country, reads books, they think."

Lynne Cheney Blasts CNN: ‘Why Are You Running Terrorist Propaganda?’

During an interview with CNN’s Wolf Blitzer, Lynne Cheney turned the tables on the cable network and bluntly asked if Blitzer wanted the U.S. to win in Iraq:

Lynne Cheney: "Right, But what is CNN doing running terrorist tape of terrorist shooting Americans? I mean, I thought Duncan Hunter asked you a very good question and you didn’t answer it. Do you want us to win?"

Wolf Blitzer: "The answer, of course, is we want the United States to win. We are Americans. There’s no doubt about it. You think we want terrorists to win?"

The Vice President’s wife was referring to an October 23 segment with Congressman Duncan Hunter, in which he criticized the network for airing footage of insurgents killing Americans. Mrs. Cheney, who appeared on the October 27 edition of "The Situation Room," continued her harsh analysis of CNN. "Why," she wondered, "are you running terrorist propaganda?"

David Letterman treated FNC's Bill O'Reilly and conservative views with disdain as the two got into a bit of tempest when O'Reilly last appeared on the Late Show back on Tuesday, January 3, as detailed in my NewsBusters post of the time (with video), “Letterman Denounces Iraq War, Sheehan Critics.” O'Reilly will be a guest again on tonight's (Friday) show which was, oddly, taped on Monday and thus allowed Letterman to talk about it a bit on Thursday's program. Letterman hasn't gained any admiration for O'Reilly in the past ten months, as demonstrated by how he recalled: “The last time he was on the show I caught him lying. And I said to myself, well you better do something, you just can't sit here and let this guy lie, so I jumped all over him and there was a bit of a dust-up.” Letterman also revealed his strategy for the interview: “He's a blowhard, I'll be a blowhard too. So when he comes out what I do is I attack him. And I just make a fool of myself and, of course, I have no idea what I'm talking about and neither does he.” (Summary of Letterman's remarks back in January follow.)

Update, 8:15pm EDT: The Late Show Web site has posted (on its "Big Show Highlights" page) a 3:39 streaming Real video from Friday's show of a very heated argument between O'Reilly and Letterman, with some insults from Letterman, over Iraq.

The NewsBusters Weekly Recap: October 21 to 27

With less then two weeks to go before the midterm elections, two separate programs, on two different networks, speculated that the Republicans are colluding with big oil to lower gas prices. The "Today" show wondered if this indicated "a vast right-wing conspiracy."

Meanwhile, ABC’s "Nightline" weighed in on political commercials and lamented GOP "mudslinging." They also characterized Rush Limbaugh’s comments about Michael J. Fox as a "vicious attack." (They apparently didn’t find any mudslinging or vicious attacks done by the Democrats)

CNN had their own take on Limbaugh’s comments. They wondered: "Could it be a new low?"

Speaking of the cable network, CNN also previewed a new Bush special by noting that "many say" the President has "stretched" and "trampled" the Constitution. 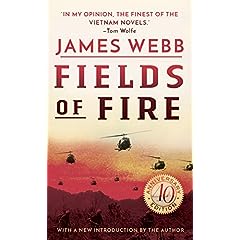 CNN’s "American Morning" devoted four minutes of air time, and free advertising, to a faux documentary that includes a digitally created assassination of George W. Bush. The network, which has refused to air commercials for the controversial "Death of a President," instead featured the film’s director on the Friday edition of its morning show. Anchor Miles O’Brien opened the interview with some free promotion in the form of a 13 second clip of the movie. The film's director, Gabriel Range, certainly understood the benefit of what a CNN appearance offered him. He explained late in the interview:

Miles O’Brien: "Some of these theaters that have said no to your film, in the end, all the buzz surrounding this, I guess that might be good for business, huh?"

Gabriel Range: "I think the distributor, New Market, are keen to -- they've got the film out in a lot of theaters. And they're very confident that it will reach a wide audience. I hope the fact you and I are talking about it today will mean that a lot of people will want to see the film. I would say, it's not what you think. Judge it for yourself." 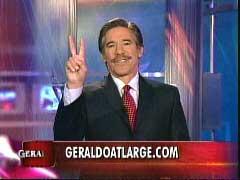 On last night's syndicated Fox show, Geraldo At Large, Geraldo Rivera went on a rambling rant on issues meant to motivate Democrats to the polls and then urged his viewers: "Don't forget to vote." Rivera railed against the President's signing of  the "dumb" and "dishonest," immigration bill, the "outrageous" RNC ad against Harold Ford, "meant to stir up racist fears," and even repeated his charg