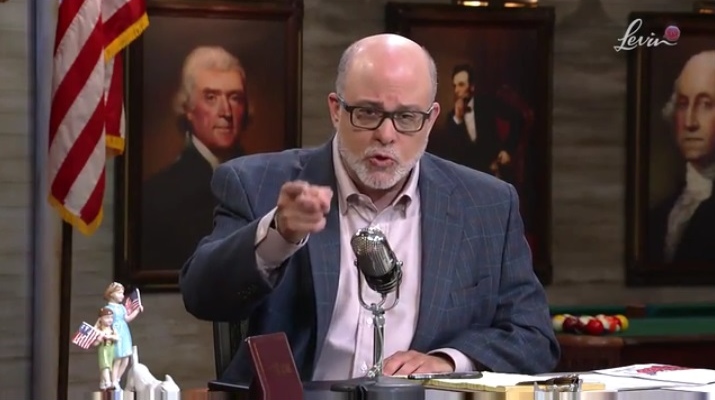 Chris Pandolfo at Conservative Review reports that radio host Mark Levin lit into the media on Wednesday night's show for its very fair-weather approach to freedom of the press.

On Mediaite, former Fox News Digital executive Ken LaCorte protested Rep. Elijah Cummings (D-Maryland) digging into the conspiracy theory that it's somehow a violation of campaign-finance laws to fail to publish a Stormy Daniels piece that was in the works before the 2016 election. Cummings asked former Fox reporter Diana Falzone for working documents on the story, and an interview with the committee.

If House Oversight can launch an investigation based on the ridiculous notion that publishing, or even more bizarrely not publishing, a story can be construed as an in-kind campaign contribution, then no journalist in America is safe from government intimidation. It’s a vast overreach of power, and I won’t have any part of it.

To be clear, I fully support Fox News lifting Falzone’s non-disclosure agreement so that she can make her case publicly, without leaks or lawyers. But neither editorial decisions nor joke writing should be a subject of government approval.

Levin read from a piece by Breitbart's Joel Pollak that included LaCorte's protests, and added:

LEVIN: Where are all the media outlets that circled the wagons around Jim Acosta and CNN when Acosta was booted from press conferences for being rude and disruptive, he was undermining the press conference, making it impossible to get information. Now we have a committee of Congress led by a Democrat, Elijah Cummings, that’s trying to dig into editorial decisions at Fox News Do you see the other media outlets circling the wagons? Do you see anybody else speaking out for freedom of the press and the First Amendment?

I thought the president was a "dictator" because he dares to call out the media. Here we have actual, official attempts -- oficial action by a Democrat committee chair, and a Democrat-controlled committee of the House of Representatives -- asking questions about what decisions were made about what to put on the news, or not to put on the news. And then suggesting, because they didn't run with the story right away, that it was an unlawful federal violation of the campaign rules? Should this not be a big topic of the day?

In his daily newsletter, CNN Reliable Sources host Brian Stelter has unsurprisingly skipped the Cummings demands....but found space to slam the GOP late Wednesday, like the good Democrat that he is:

Georgia GOP lawmakers call for a state Journalism Ethics Board

Katie Pellico emails: Republican lawmakers in Georgia are proposing a state ethics board for journalists, the Atlanta Journal-Constitution reported earlier this week. Rep. Andy Welch sponsored the bill after, per AJC, "what he saw as bias from a TV reporter who asked him questions about legislation recently."

>> PEN America flagged the request as a "pressing threat" on Wednesday, saying it "raises First Amendment issues of government control of the press."