By Media Logic, Should WashPost Insist 'Kill Fox & Friends?' Or Does That Imply Violence? 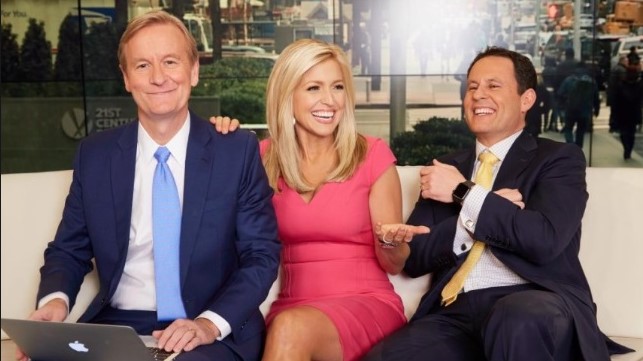 Washington Post media blogger Erik Wemple’s posts about the Fox News Channel’s morning show keep getting wilder and wilder. What are they putting in his Cream of Wheat? On June 1, Wemple wrote a piece headlined “Fox & Friends is a planetary threat.” On July 11, he’s back with “Kill Fox & Friends before it’s too late.” His last line was “Left to its own devices, Fox & Friends could do far more damage, unless it’s killed.”

Liberal newspapers ran away with the idea of Sarah Palin “targeting” districts as a call to violence against Gabby Giffords. By that logic, calling the Fox morning show a “planetary threat” that needs to be “killed,” is Wemple encouraging violence? Is this the Washington Post version of the Trump-pummeling-CNN meme?

Obviously, “killing” a show isn’t the same as killing a human. Liberals took pride in “killing” The O’Reilly Factor, but the host is preparing a second act. But the notion of killing Fox & Friends while it’s still number one in the cable-news morning game sounds as realistic as a column headlined “Kill Good Morning America.”

Wemple’s hyperbole is based on the fact that President Trump tweets information – sometimes false – directly from the morning show minutes after it appears. Wemple seems to be missing the point that his own newspaper has been bumbling facts in its anti-Trump scoops, and so has The New York Times. Somehow, that doesn't mean they are a “planetary threat” that should be forcibly removed from the media.