CBS Shock: Network Remembers When Obama and Hillary Supported Barriers on the Border

Since the shutdown started, the general media tone has been something like this: Unreasonable Republicans are “digging in” as Democrats try and find a solution. But CBS This Morning did something different on Thursday. Reporter Tony Dokoupil actually went back into the past and found that high profile Democrats, including Hillary Clinton and Barack Obama, supported placing big barriers on the southern border back in 2006.

Dokoupil explained how Democrats have flipped on this issue: “Signed by President Bush and supported by 90 Democratic members of Congress, it included funding for two layers of reinforced fencing plus additional physical barriers along roughly 700 miles of border from California to Texas.”

He identified, “Among the senators who backed it, Barack Obama, Hillary Clinton, and current Minority Leader Chuck Schumer.” After quoting the President defining the wall as an “impassible physical barrier,” Dokoupil dryly observed, “From the President's perspective at the moment, that definition might also describe the new Democratic Congress.” 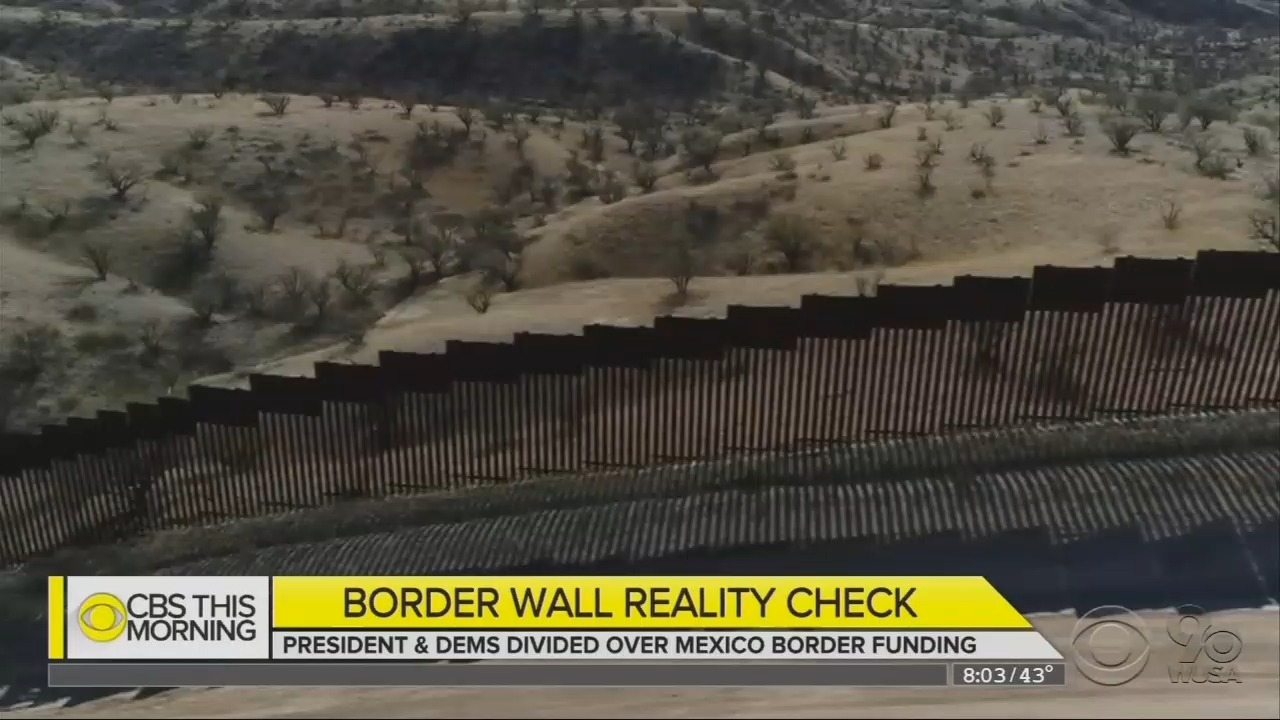 Co-host Bianna Golodryga concluded of the current standoff: “And the President is hoping that the Democrats will cave pointing to what they did in 2006. Important to remember this is a very different party.”

The segment noted Trump’s shifting statements on what qualifies as a wall. But, unlike other networks, CBS should be credited for telling viewers that Democrats have moved on this issue themselves. One might actually call this presenting two sides of a controversial topic. Imagine that. 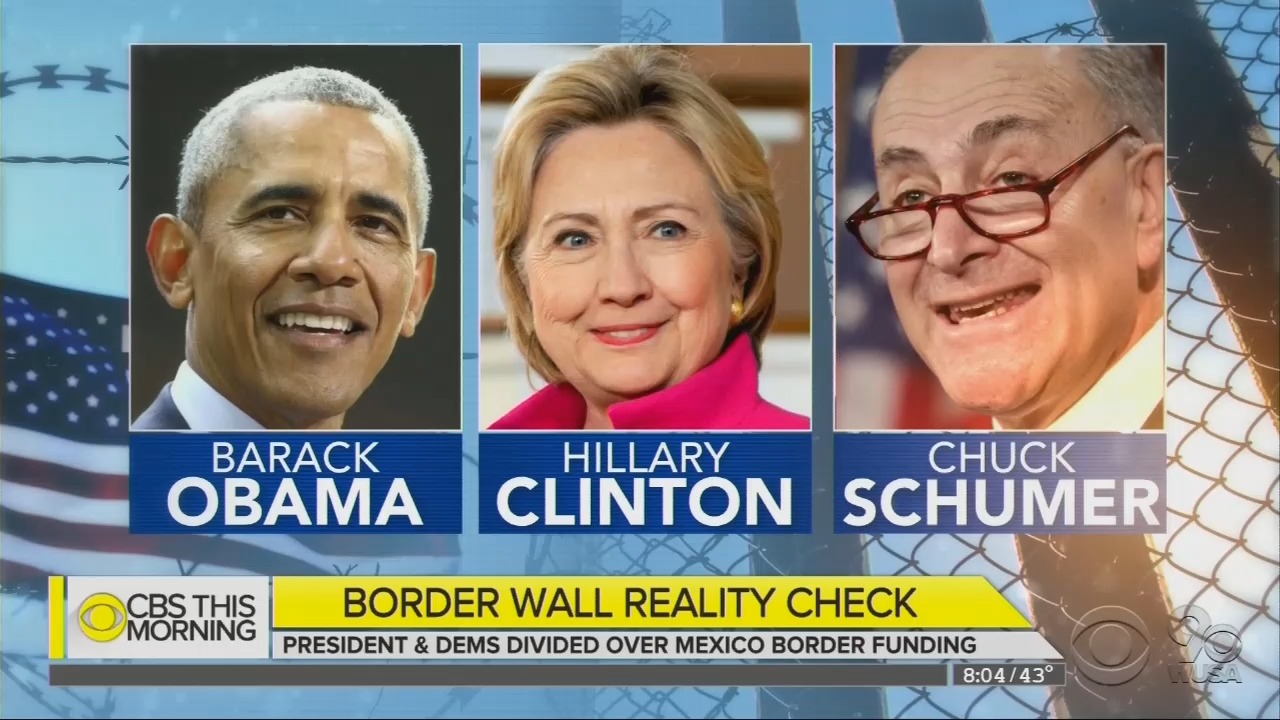 ANTHONY MASON: It can be hard to imagine a time when the two parties might have agreed to build a wall along the Mexican border. But starting in 2006, the federal government has built nearly 700 miles of wall and fencing with bipartisan support. We asked Tony Dokoupil to sort out when and how the physical border barrier created a political one. Tony, good morning.

TONY DOKOUPIL: Good morning. President Trump and his allies have accused Democrats of flip flopping on border security, voting in favor of a barrier in 2006, but now refusing one. Democratic leaders Nancy Pelosi and Chuck Schumer for their part say in effect not all barriers are created equal. And Mr. Trump's big beautiful wall idea would, in fact, be expensive and ineffective. At more than ten feet tall and made of steel, barriers like these might seem like a prototype of President Trump's border wall. In fact, they're a sampling of what's already in place along the U.S./Mexico border. In more remote areas you'll find shorter vehicle barriers like these. All part of the Secure Fence Act, a 2006 political compromise on immigration. Signed by President Bush and supported by 90 Democratic members of Congress, it included funding for two layers of reinforced fencing plus additional physical barriers along roughly 700 miles of border from California to Texas. Among the senators who backed it, Barack Obama, Hillary Clinton, and current Minority Leader Chuck Schumer.

DOKOUPIL: A 2007 Republican amendment gave the Department of Homeland Security control over where to build the barriers and since much of the rest of the border is protected by natural barriers like rivers, America's great border controversy was over.

DONALD TRUMP: I will build the greatest wall that you've ever seen.

DOKOUPIL: Or, so it seemed.

TRUMP: Who's going to pay for the wall?

DOKOUPIL: — And design of his wall have varied widely since 2015. So widely there's no telling what he'll accept in the end.

DOKOUPIL: And so the standoff and the shutdown continues. In his 2017 executive order authorizing a border wall, President Trump officially defined the wall as a, quote, “impassable physical barrier.” From the President's perspective at the moment, that definition might also describe the new Democratic Congress. Norah?

NORAH O’DONNELL: All right, Tony, thank you. You know, the Washington Post does a great piece today that this budget shutdown is putting a huge strain on the U.S. immigration system. The men and women who actually guard our border, they're not being paid. The companies that are trying to use the E-Verify system to check canned see if the person they're going to hire is actually an American citizen or has a green card, that system is down at this hour. The courts in order to process, that's down. This is creating a whole other problem in addition to the fact that those who want border security, this is hurting the system and we've got to wake up to that. They've got to find a deal.

BIANNA GOLODRYGA: And the President is hoping that the Democrats will cave pointing to what they did in 2006. Important to remember this is a very different party.