Senator Ted Cruz on Thursday battled with ABC’s Tom Llamas after the Good Morning America reporter accused the Republican of using “dirty tricks” against Ben Carson in Iowa. Regarding a press release and a tweet sent out by the Cruz campaign on caucus night, Llamas demanded, “Will you fire or suspend anyone at your campaign for putting out misinformation?...Is it a dirty trick to confuse voters?”

Llamas has a history of going after the 2016 GOP field. On August 20, 2015, he screamed at Donald Trump, lecturing him that “anchor baby” is an “offensive term.” On January 6, 2016, the journalist scolded Cruz, wondering “how can you be a president” if you “hate Democrats” and the “culture of Washington.”

GEORGE STEPHANOPOULOS: We’re going to move on to the race for president now, Your voice, your vote. And just two days before our big GOP debate, brand-new poll out moments ago shows Donald Trump holding on to a 20-point lead in New Hampshire over Marco Rubio and Ted Cruz as two more candidates drop out of the race and Trump accuses Cruz of stealing the Iowa caucuses. So there's a whole lot happening. ABC's Tom Llamas tracking all the latest from Manchester. Good morning, Tom. 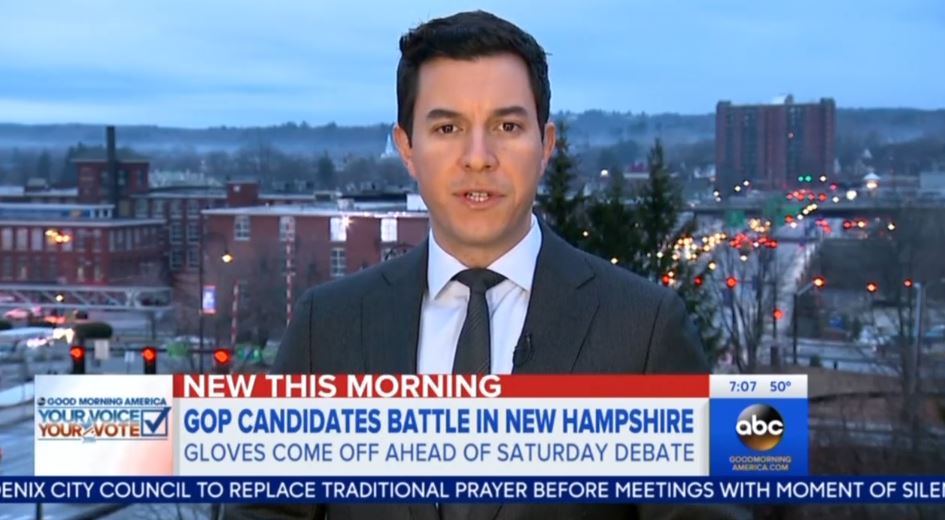 TOM LLAMAS: George, good morning to you. So many developments on the GOP side, Senator Rand Paul dropping out. Santorum dropping out, endorsing Senator Marco Rubio and as you just said, Donald Trump now accusing Senator Ted Cruz of stealing the Iowa caucuses while also learning there are some dangers to campaigning.

PILOT: We have an inbound emergency. Runway is going to be shut down.

LLAMAS: Overnight, a scare in the air for Donald Trump. Trump Force One forced to make an emergency landing in Nashville because of a mechanical problem. 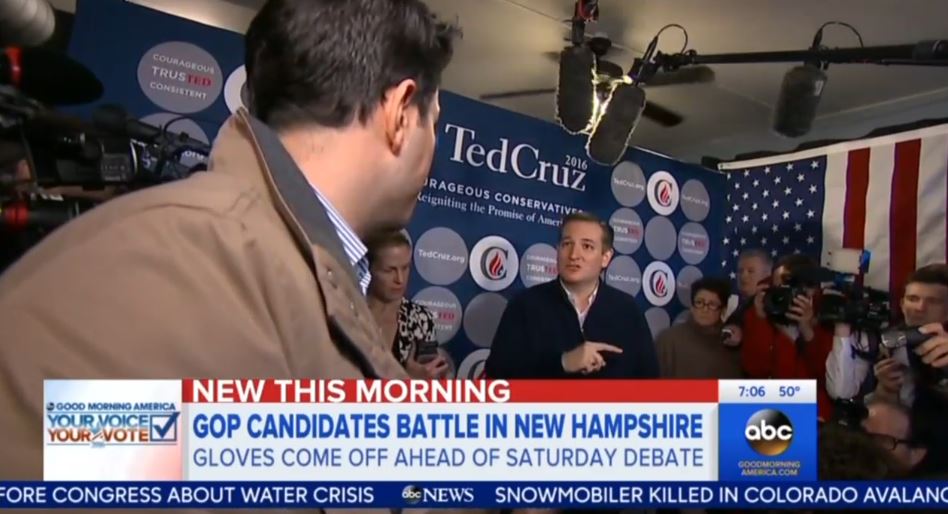 LLAMAS: Trump, referring to this Cruz campaign e-mail sent on caucus day. They cite a press report saying Dr. Carson is taking time off after Iowa. It goes on to say, “Please inform any Carson caucus goers of this news and urge them to caucus for Ted Cruz.”

TRUMP: It's not a mistake. He did it on purpose.

LLAMAS: Carson says it hurt his chances in Iowa and he's calling for accountability.

BEN CARSON: At least those people who are responsible should come out publicly and admit what they did.

LLAMAS: Cruz apologized to Carson but is standing by his campaign's actions. Will you fire or suspend anyone at your campaign for putting out misinformation?

TED CRUZ: No. We're not going to scapegoat anybody and I would note that the news story that our team passed on was true and accurate. CNN reported it.

LLAMAS: But is it a dirty trick to confuse voters?

LLAMAS: Cruz lashing out at Trump, saying the billionaire is stirring the pot because he lost in Iowa.

LLAMAS: As Cruz and Trump spar, Governor Chris Christie is keeping the pressure on Senator Marco Rubio. Christie warning of the dangers of electing another first term senator.

CHRIS CHRISTIE: Fool me once shame on you, fool me twice, shame on me.

LLAMAS: Now, Governor Christie part of that pool of governors that right now is sort of at the bottom of the polls along with Jeb Bush and Governor John Kasich, all campaigning very hard in New Hampshire hoping for a ticket to South Carolina. George.

STEPHANOPOULOS: Okay, Tom, thanks very much.