ABC journalist Brian Ross, who on July 20 smeared the Tea Party as connected to a mass killing in Colorado, on Tuesday described the racist views of another shooter and his connection to Nazi, "right-wing" groups.

After explaining Wade Page's links to violent, bigoted groups, Good Morning America co-host George Stephanopoulos wondered how this murderer could have purchased a gun, Ross insisted that the FBI did not have "enough evidence to open a full field investigation because of his links to these right-wing, neo-Nazi groups." [See video below. MP3 audio here.]

Right-wing? What's right-wing about neo-Nazis? Nazism, as some forget, is short for national socialism.

Page killed six people and wounded three others at a Sikh temple in Wisconsin on Sunday. 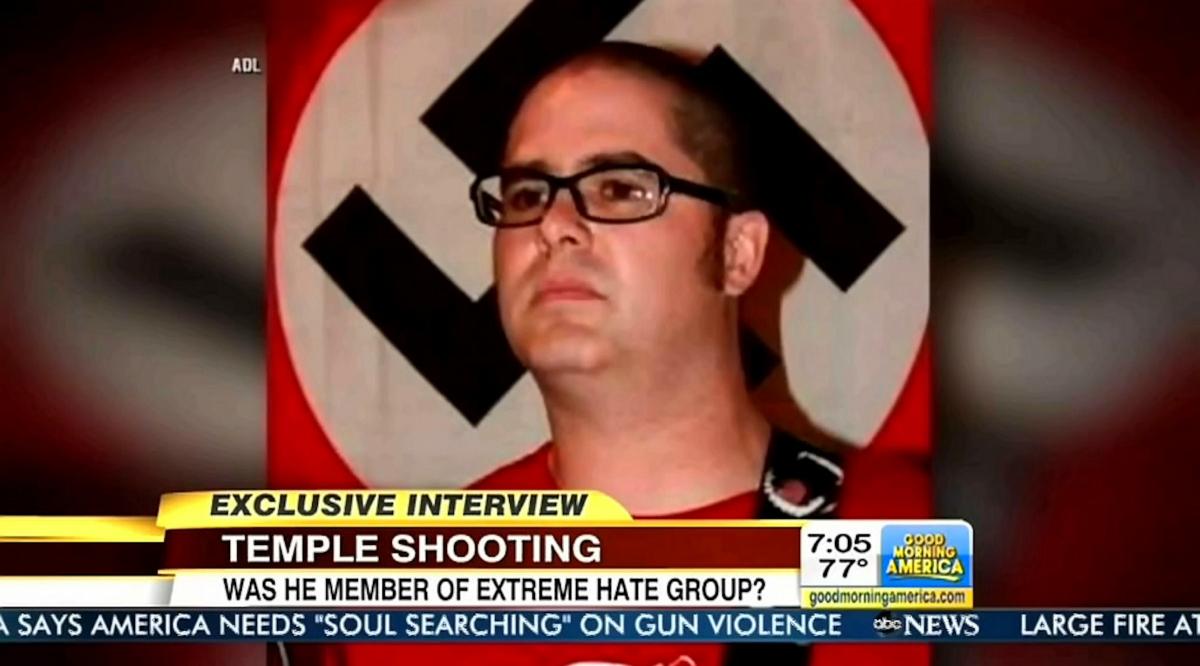 Of course, Ross has a history with this. Just hours after the mass shooting in Aurora, Colorado, he went on GMA and falsely alerted, "There is a Jim Holmes of Aurora, Colorado page on the Colorado Tea Party site as well. Talking about him joining the Tea Party last year. Now, we don't know if this the same Jim Holmes."

On Tuesday, Ross featured a clip of Mark Potok from the left-wing Southern Poverty Law Center. On March 7, 2011, Potok appeared on CNN and absurdly claimed that "the radical right" was a bigger threat than radical Islam.

A transcript of the August 7 segment, which aired at 7:04am EDT, follows: 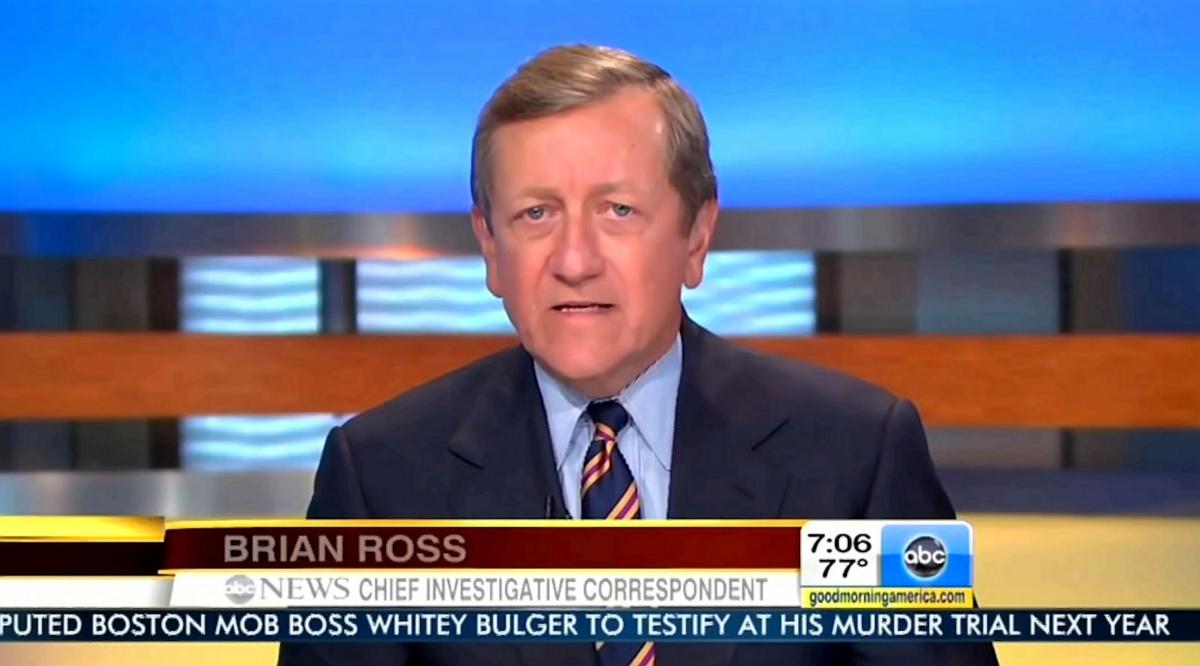 BRIAN ROSS: Well, good morning, George. Police say they still don't know a motive. But in addition to be an Army veteran and being linked to America's neo-Nazi white power world, Page had also recently left his job and lost his girlfriend and was clearly very disturbed. Civil rights groups say they tracked Page for more than a decade as he moved through skinhead circles, most prominently as the lead of a white power rock group called End Apathy.

WADE MICHAEL PAGE [Singing]: Adapt to the trying times or pay with your life.

MARK POTOK (Senior fellow, Southern Poverty Law Center): The music is an incredibly violent genre of rock 'n' roll. And boiled down to the word, it's genocide.

ROSS: In the last year, Page was connected to a supremacist group called the Hammerskin Nation.

POTOK: Hammerskin, for many years, were the most feared people on the white supremacist scene out there.

ROSS: A native of Colorado, Page enlisted in the Army at age 21 and was part of a psychological warfare unit at Fort. Bragg. The Army says he was discharged in 1998 after being demoted from Sargent to specialist and deemed "ineligible for re-enlistment." Page appears to have moved to the Milwaukee area just this year, where neighbors said he was not very friendly.

LAURA PAGE: I don't know if the military was good for him. I don't know. My heart's broken for the people that are- that were killed, and their families. I can't imagine what would have gone through his mind for him to do something like this.

ROSS: For all of his efforts to be part of the neo-Nazi world, some of the most prominent websites of the white power movement condemn the attacks and labeled Page as crazy and a coward, George.

STEPHANOPOULOS: You know, Brian, a lot of people wonder, this guy's being tracked by the feds. He's got a criminal record. He actually had a spotty record in the military as well. They wonder, how could he actually buy the gun?

ROSS: Well, the Los Angeles Times is reporting this morning that the FBI had taken a look at him, but found not enough evidence to open a full field investigation because of his links to these right-wing, neo-Nazi groups. So, essentially, there is nothing to block him from buying a gun.