The Today show on Friday continued to ignore an embarrassing example of government waste during Barack Obama's tenure. ABC, CBS and NBC's Nightly News, however, have all highlighted the extravagant $823,000 spent for a General Services Administration conference in Las Vegas in 2010.

On Friday's Good Morning America, Jake Tapper pointed out that "one year after President Obama" admonished bailed out bankers to not "take a trip to Las Vegas," employees "at the GSA were doing just that." In contrast, when the Nightly News reported on the story on Monday, reporter Lisa Myers only mentioned that the "White House is angry" at the  revelations. 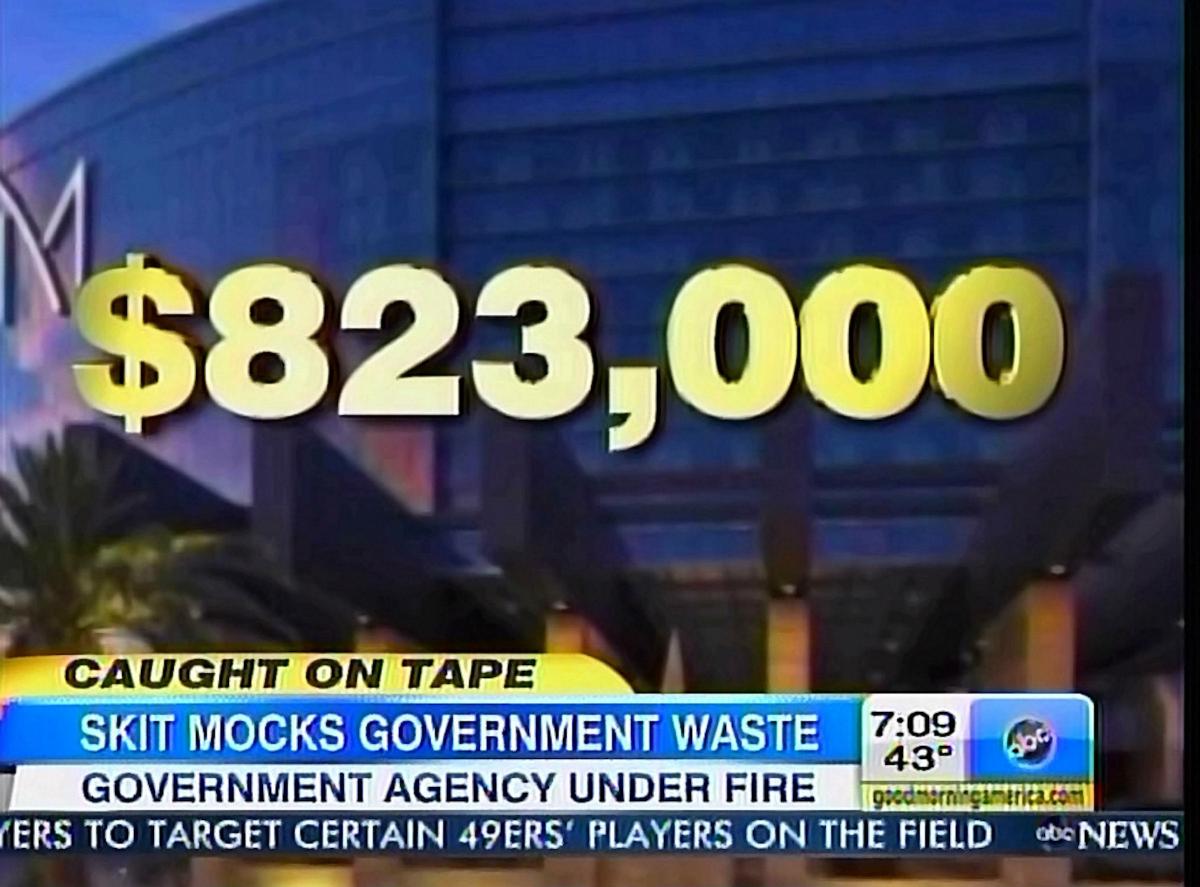 Tapper pointed out the absurdity of the situation: "And I don't want to get into the whole definition of irony, but this is the government agency tasked with minimizing government costs. And that doesn't seem to be what went on here."

He explained that the conference included such things as "$3,200 on a mind-reader/motivational speaker and more than $6,300 for coins in velvet boxes."

On CBS This Morning, Friday, Erica Hill reported the story in a news brief, but made no mention of the President.

On Wednesday, CBS reporter Bill Plante did mention Obama, saying that he was "outraged." However, Plante sympathetically noted, "[Obama] actually started a program with the Vice President in charge to cut government waste. The President even asked agencies to review money spent on conferences."

At least Plante allowed that Mitt Romney would bring the issue up, asserting, "You can expect to hear plenty about it on the campaign trail. It's all sort of falls into the category of you can`t make it up."

What did Today find time for instead? The morning time managed extensive coverage of Kim Kardashian.

A transcript of the April 6 GMA segment, which aired at 7:07am EDT, follows:

GEORGE STEPHANOPOULOS: We're going to turn to more on that extravaganza of government waste that is guaranteed to get you angry. One agency spent more than $800,000 on a lavish conference at a Las Vegas resort and spa. The investigation has already caused the head of the Government Services Agency her job. And now, ABC's Jake Tapper has some new video that actually shows one employee joking about government waste, Jake? 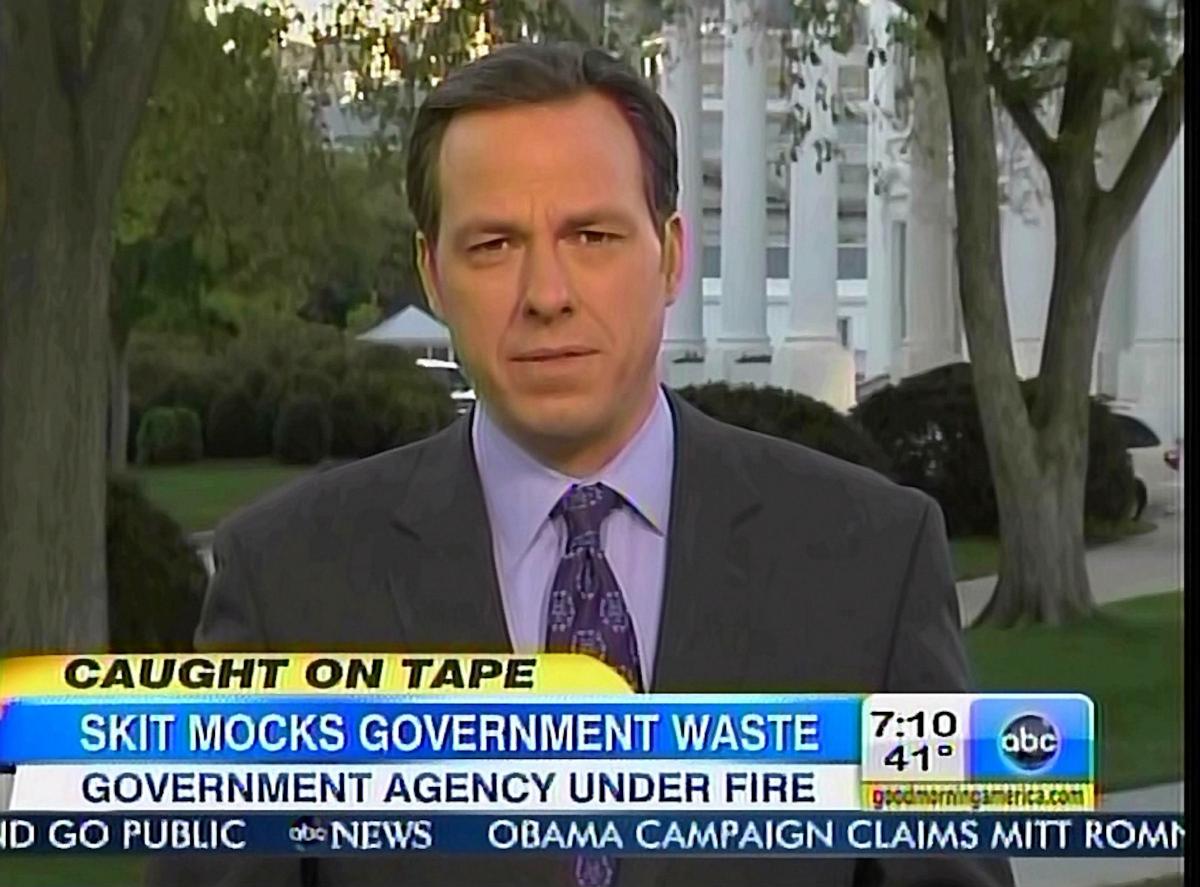 JAKE TAPPER: That's right, George. And I don't want to get into the whole definition of irony, but this is the government agency tasked with minimizing government costs. And that doesn't seem to be what went on here.

TAPPER: It's a music video that might cost some folks their jobs. Part of a federal government talent contest, this employee raps his vision of being a commissioner of his agency, the General Services Administration, or GSA. Dispersing cash bonuses to his fellow bureaucrats.

TAPPER: "Never be under OIG investigation," he raps. But the video has emerged in the context of an OIG investigation, Office of Inspector General. One year after President Obama gave this admonition to bailed-out bankers-

BARACK OBAMA: You can't go take a trip to Las Vegas or go to the Super Bowl on the taxpayers' dime.

TAPPER: -employees at the GSA were doing just that. Taking a trip to this Las Vegas resort, at a conference that cost of 823,000 taxpayer dollars, including such expenses as more than $3,200 on a mind-reader/motivational speaker. And more than $6,300 for coins in velvet boxes. Jon Stewart mocked the thousands spent on a conference yearbook.

JON STEWART: Oh yeah. Look! She was voted most likely to resign over an event that portrays an almost comical misunderstanding of the agencies mission!

REP. DARREL ISSA: Americans were suffering and GSA was enjoying the good times.

TAPPER: When President Obama first heard about this scandal, he sought and received the resignation of the head of the GSA.

JAY CARNEY: The President was outraged by the excessive spending.

TAPPER: A spokesman for GSA called the video, another example of the complete lack of judgment exhibited during the conference. Of course, two years ago, GSA had a different take on the tape. The young man won an award. And, George, in addition to the resignation of the GSA administrator, four regional commissioners have been put on leave. Including the one who planned the conference and asked for it to be over the top. George?