The crisis along the U.S. southern border is still terrible, and the liberal news media still don’t care. According to the latest statistics from U.S. Customs and Border Security, there were 208,887 encounters along the southern border, only a slight decrease from a revised 213,534 reported in July, a 21-year record.

This is barely unchanged from July, when those same newscasts spent just four minutes, 20 seconds on the border crisis, despite the worsening numbers.

Compared to March 2021, when even the liberal media were treating the influx of illegal immigrants as a crisis, evening news coverage has dropped 94 percent, while the actual number of border encounters has risen by more than 20 percent. 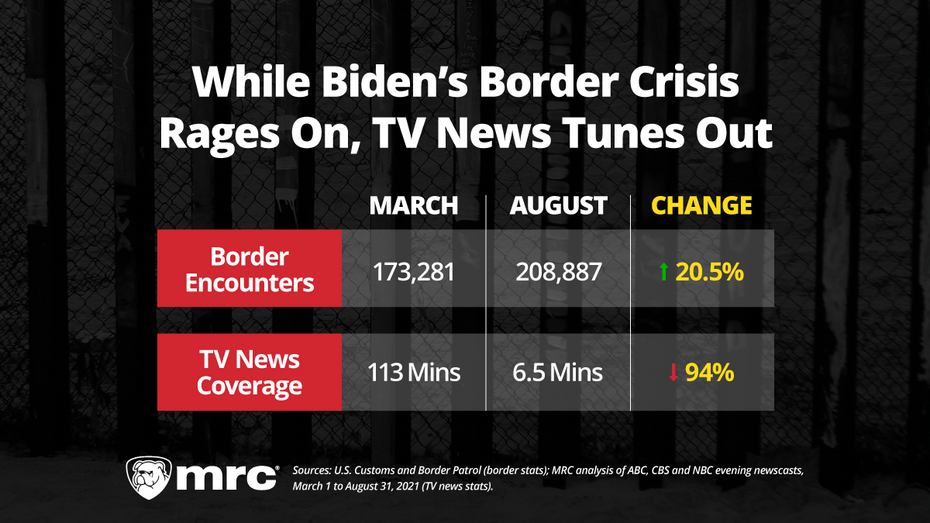 One potential reason for the slight drop in border encounters: An August 25 ruling by the Supreme Court that directed the Biden administration to reinstate President Trump’s “remain in Mexico” policy, where asylum applicants would wait outside the U.S. while their claim was being considered.

According to a September 7 FoxNews.com report, because of the Supreme Court ruling “Border Patrol officials [have told] Fox News that they have started turning away more migrants trying to enter the U.S.” 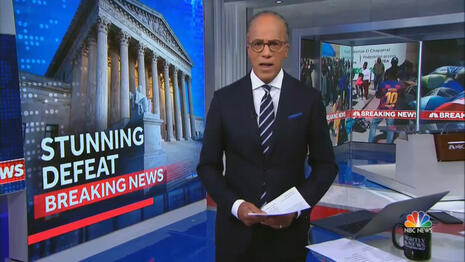 Of the Big Three, only NBC Nightly News even bothered to note the Supreme Court ruling (94 seconds), which anchor Lester Holt cast as a “major defeat” for Biden. Reporter Pete Williams included a soundbite from the ACLU’s Omar Jadwat praising Biden’s (now-rejected) policy move: “All kinds of terrible things happened to these people while they were [waiting in Mexico] trying to get protection under the laws of the United States.”

The Court’s ruling came late in August, with only a few days left in the month. If September’s numbers show that the reinstatement of Trump’s policy does lead to a significant improvement, will the media give credit where credit is due? Or will they continue to bury one of Biden’s biggest self-inflicted disasters?