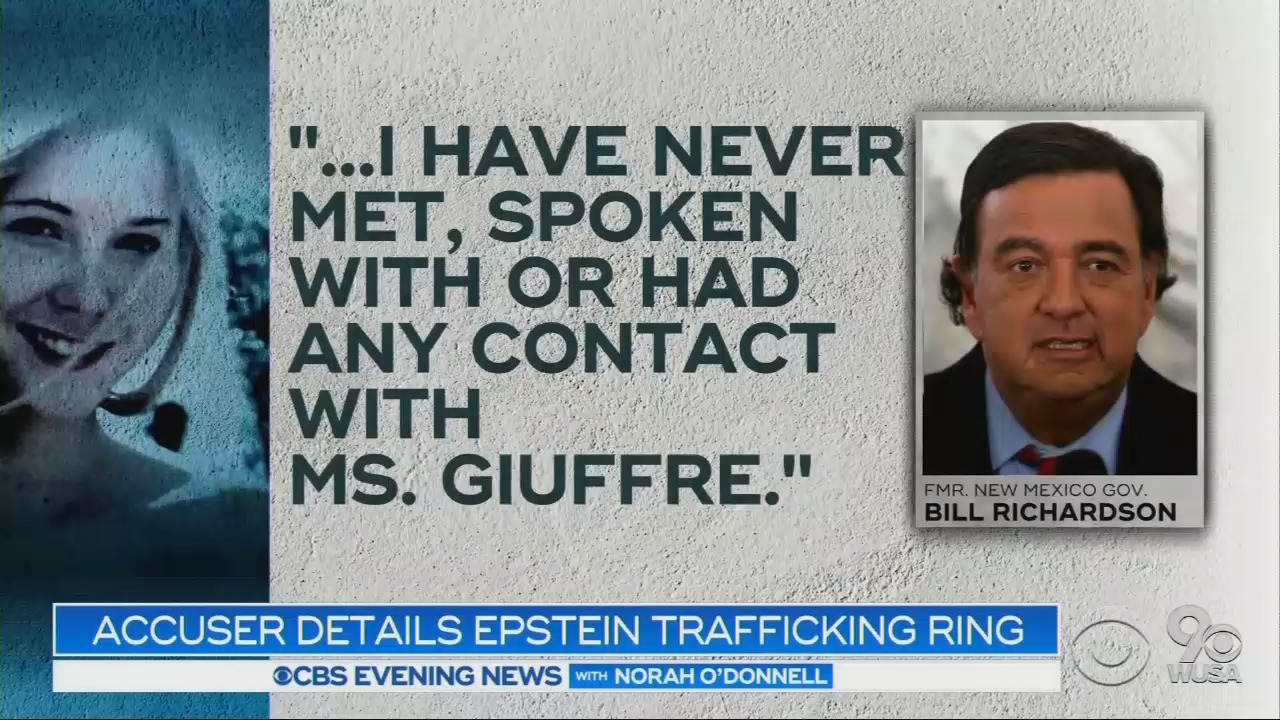 It’s a trend that NewsBusters has documented before, as scandal-tarnished Democrats are often detached from their political party, while Republicans in similar circumstances are properly identified.

In this case, both Mitchell and Richardson have unequivocally denied the allegations, which were contained in a previously-sealed civil lawsuit brought by Virginia Roberts Guiffre against Epstein associate Ghislaine Maxwell. But that didn’t stop the ABC, CBS and NBC evening newscasts from mentioning them both by name in five different broadcasts since the news broke on Friday — they just didn’t mention that they were both Democrats.

Here’s a quick rundown of how the Big Three evening newscasts have scrupulously avoided the (D) label even as they covered the Epstein case in every broadcast from Friday night through Monday night: 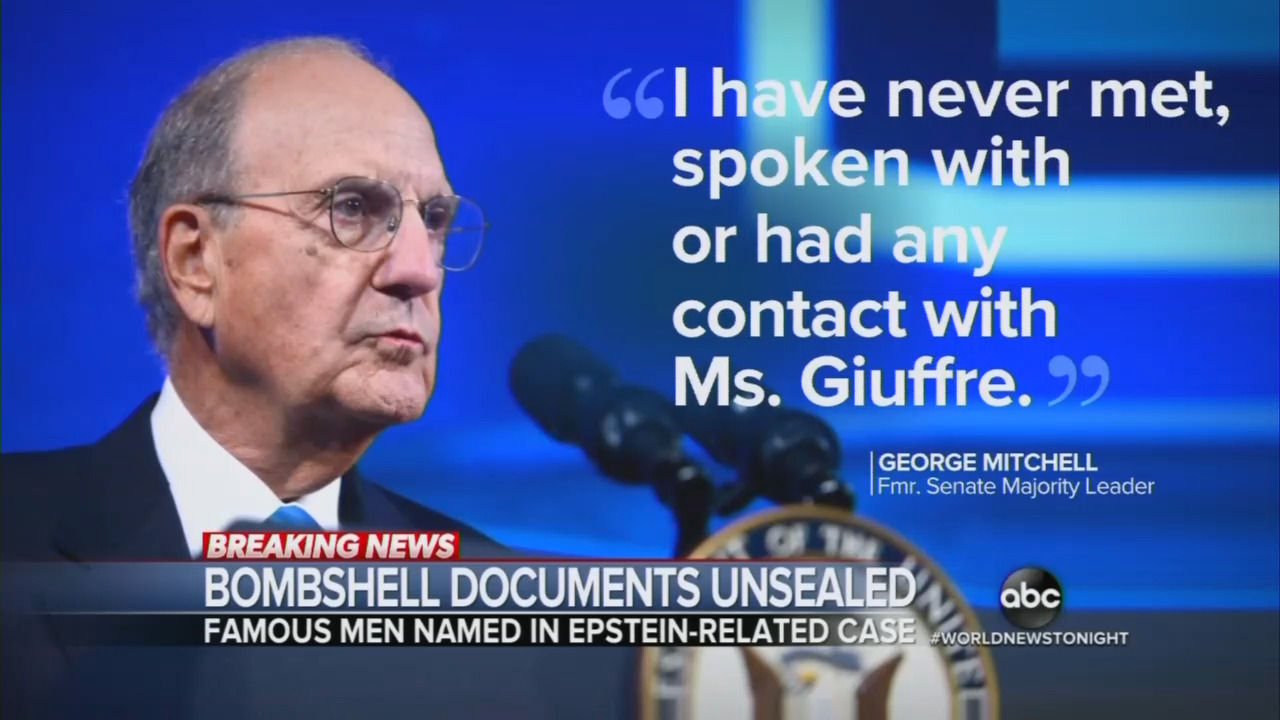 ■ Friday, August 9. All three networks covered the then-breaking news about Mitchell and Richardson, but none mentioned that they were Democrats. ABC’s on-screen graphic identified Mitchell as a “Fmr. Senate Majority Leader,” but never explained which party he served.

NBC’s STEPHANIE GOSK (NBC Nightly News): “According to the documents, which are part of a defamation suit settled in 2017, Epstein accuser Virginia Roberts Giuffre says Maxwell and Epstein ordered her to have sex with a number of powerful men. ‘They instructed me to go to George Mitchell, Bill Richardson, another prince that I don’t know his name.’ Today, Richardson, the former governor of New Mexico, called the allegations ‘completely false.’ And former U.S. Senator George Mitchell said he has never met, spoken with, or had any contact with Giuffre....”

■ Saturday, August 10. Epstein’s death by apparent suicide put the case at the top of the news, but only ABC mentioned Mitchell and Richardson by name. CBS and NBC referred to the civil case, but masked the identities of the “politically connected” men named by Guiffre.

CBS’s MOLA LENGHI (CBS Evening News): “Epstein’s apparent suicide comes one day after thousands of pages of documents in a civil case between Virginia Giuffre and Ghislaine Maxwell were unsealed. In the court documents, Giuffre, an alleged victim of Epstein, accused Maxwell, Epstein’s ex-girlfriend, of directing her to have sex with several politically connected and financially powerful men when she was a minor....”

■ Sunday, August 11. While all three newscasts included extensive coverage of the Epstein case, none mentioned the accusations against Richardson and Mitchell.

■ Monday, August 12. ABC was the only newscast to repeat the charges against the two Democrats by name (but again omitting their party identification).

Richardson has been a jack of all trades for Democrats, serving as governor, U.N. ambassador, Secretary of Energy, and 2008 presidential candidate. And as the Senate Majority Leader, Mitchell occupied the same position now held by Kentucky’s Mitch McConnell — does anyone think that, if a similar charge was leveled at McConnell years from now, that his Republican affiliation wouldn’t be mentioned?