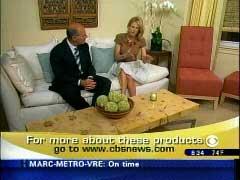 The Sunday before Memorial Day, reporter Kate Zernike allowed Sen. John Kerry to refight his own personal Vietnam War against the Swift Boat Veterans for Truth ("Kerry Pressing Swift Boat Case Long After Loss"). The Times puts the battle on the front page, and judging by the respectful tone of the story, seems to think the pro-Kerry forces vanquish the Swift Boat Veterans.

Liberal bias is nothing new to the weekly PBS program, This Week in California.  When reporters from the San Francisco Chronicle typically represent the right side of the political spectrum on the show's panel, viewers pretty much know what they're in for. 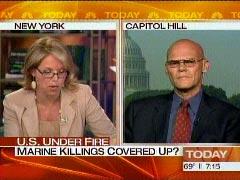 By Greg Sheffield | May 30, 2006 7:53 AM EDT
Mary Claire Kendall writes in Human Events that the "Da Vinci Code," despite all the media hype, has not performed as well as Mel Gibson's "Passion of the Christ." "Passion" made it into the list of top ten all-time grossing films, while "Da Vinci Code" will not. "Passion" also had a fourth of the production budget of "Da Vinci."

By Greg Sheffield | May 30, 2006 7:29 AM EDT
New York University journalism professor Jay Rosen writes about what he thinks the Bush administration should do to improve the flow of information to the public. One of the items he proposes is a "Bloggers Briefing" for "stand-alone" and citizen journalists.

If he’s a believer, Tony Snow should be taking Bush’s case to the world, and seeking opportunities to make that case. That means more briefings. Not cutting back but building on. 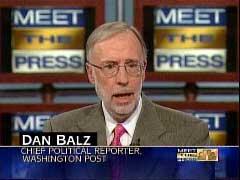 Reporters like to think of themselves as brave truth-tellers who can cut through the rhetoric and evasive maneuvering of politicians. But sometimes, they sound like they're trying to assist politicians in their evasive manuevering. Exhibit A is Tuesday's front-page Hillary article in the Washington Post.

By Amy Ridenour | May 30, 2006 12:44 AM EDT
I've often read that plants grow better when exposed to higher concentrations of carbon dioxide.

Yet, when the Associated Press mentions the subject, what it says is: Global warming boosts poison ivy.

The AP report, as published May 29 by the Boston Globe, begins:

Since it was Memorial Day, the day on which America honors its war dead, it was natural that The Washington Post saw this as the perfect day for...a big profile of a hard-left "anti-war" activist, Stacy Bannerman of Military Families Speak Out. Reporter David Montgomery chronicled her marriage to a National Guard soldier, "the warrior and the antiwarrior," and she won. The husband, back from Iraq, asked: "Soldiers are dying for what reason again?"