By Ken Shepherd | March 15, 2006 2:00 PM EST
Sounding like a broken record, the media again are squawking about record profits for oil companies in light of a new round of congressional hearings on oil and gas prices.

Both CBS and NBCs evening newscasts for March 14 noted congressional attacks on record oil industry profits. CBS Evening News also reported that oil companies are eager to reinvest profits into drilling leases in the eastern Gulf of Mexico, if only Congress

Where Do We Go from Dubai?

By Amy Menefee | March 15, 2006 2:00 PM EST
The political circus surrounding the ports deal has left town, so now the media are starting to key in on protectionist economics and its consequences for the U.S. economy.

At the University of California Berkeley, Iraq correspondents discussed the controversy over whether or not journalists can provide an accurate picture of the situation in Iraq.

Those in attendance: Anna Badkhen of the San Francisco Chronicle, Jackie Spinner of the Washington Post, John Burns of the New York Times and Mark Danner, a Berkeley journalism professor and contributor to The New York Review of Books.

Nazis? Olbermann Takes His War On O'Reilly To Comedy Central 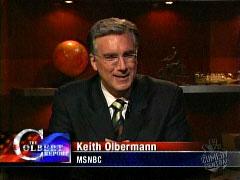 Colbert: "Why do you have a problem with my hero, papa bear Bill O'Reilly? You guys have been going at it, hammer and tongs." 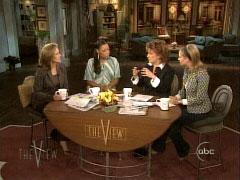 The media has manufactured another furor over "controversial" Pat Robertson comments. The televangelist has said he was referring to terrorists when he described radical Muslims as "satanic." His statements recently came under the scrutiny of the women on ABC's The View.

When Jay Leno compared Cheney's hunting incident to the shooting in 2003 of Gerald Curry outside an LA courthouse, he received a letter of complaint from a friend of Curry.

Wendy Brogin wrote that Leno's joke was offensive and that he should "do the right thing relative to this matter."

Leno called her up, something that impressed her.

He’s baaaack. Although it certainly shouldn’t be lost on the reader that such statements are good marketing for his soon to be released film about Hurricane Katrina, controversial actor and director Spike Lee, in an interview with the New York Observer, once again addressed the possibility that New Orleans’ levees were intentionally exploded. In addition, he suggested that folks who consider this possibility are similar to Jews that talk about the chance of another holocaust happening. His reasoning? Well, it happened before:

“‘Here’s the thing,’ he said. ‘Even today, a large part of the African-American community of New Orleans thinks that those levees were bombed. Now, whether that is true or not, that should not be discounted.’ He rattled off past government trespasses: 1927’s Great Flood of Mississippi, when the levees were, in fact, blown up; the flooding of the Ninth Ward during Hurricane Betsy in 1965; the Tuskegee syphilis experiment.

“‘So, in the collective mind of African-Americans, it is not some science-fiction, hocus-pocus thing to say that the government is doing stuff,’ he continued. ‘Even if it didn’t happen, you cannot discount it and dismiss it as Oh you people are crazy. It’s what people think—talk to Jewish people. Because of the Holocaust, you know, anything that happens, it’s like, ‘Oh! It’s starting again.’ And I’m not going to fault someone of Jewish ancestry that feels like that because that happened! This is history.’”

What's beautiful about this reasoning is that Lee has created a marvelous self-fulfilling prophecy that seems to have eluded him: high profile folks like him continue to float this idea, and then say that since people believe it is possible, it is significant. Amazingly, he continued to try and justify this premise: 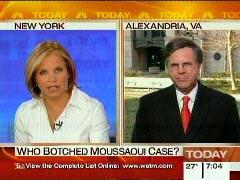 I thought the MSM is ardently opposed to the death penalty. Aren't these the same folks who wrung their collective hands at the prospect of poor Tookie Williams getting the needle? Sure, he murdered four people in cold blood and joked about it, but hey! - he wrote a children's book.

Wash. Post Laments How the End of an Illegal Tax Will "Cost" D.C. Millions

The D.C. Superior Court recently ruled that thousands of non-District residents had been illegally compelled to pay a business tax. But rather than portray the tens of millions lost by local businessmen to the city government, the Post portrayed the ruling as harmful to the city's bottom line.

I Can’t Believe We’re on the Eve of Destruction

But ABC sure can.

In his first appearance on the Late Show with David Letterman since “joking” on the October 21 show (NewsBusters item with video) about how Lewis "Scooter" Libby and Karl Rove “are going to be executed” because “outing a CIA agent is treason,” and President Bush is at risk too, Al Franken on Tuesday's program scolded Vice President Dick Cheney for not visiting the hospital room of his accidental shooting victim, Harry Whittington. In his usual mocking tone meant to come across as humorous, but which reflects a serious commentary, Franken, who briefly impersonated Cheney as a drunk, contended that Cheney was “drunk and couldn't show up at the hospital” or “he's an amazing jerk.” Third option: “Or, of course, both." Franken soon reiterated that “the idea that it's very common to shoot someone in the face, it's not unless you're, you know, you're drunk....Or he's just a big jerk." (Trancript follows.)

"Downright Studly": Does Katie's Love-letter to Wallace Signal She's on Way to CBS? 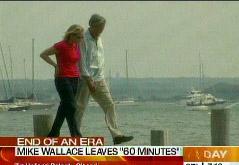 Was this a news report, or a coming attraction for a new series about inter-generational love? Perhaps there's a third explanation: a not-too-subtle kiss blown in the direction of a soon-to-be new employer.

Feingold, A "Darling Of Progressives" -- And the News Media

Sen. Russ Feingold's motion to censure President Bush for warrantless eavesdropping on suspected terrorists is drawing major attention -- even if its political chances are roughly zero. The front page of the Washington Post blows the hot air of publicity on Feingold's leftist crusade, but the headline is "A Senate Maverick Acts to Force an Issue." Why are the "mavericks" always to the left of the party mainstream?

The United States invaded Iraq in March of 2003. Three years ago. Right? Yet the AP has headlined a March 11, 2006, article, "After Four Years, Iraq Withdrawal Elusive."

The article itself notes that the United States "enters its fourth year" in Iraq, so why the blatantly false headline?

Matthews Wonders If Cheney "Will See The Light" And Retire

On the Tuesday night edition of MSNBC's Hardball, host Chris Matthews asked if Cheney would "see the light" and retire.

CHRIS MATTHEWS: Well Mike Wallace announced his retirement today, and Mike Wallace who I thought never would retire. If he retires, maybe Cheney's gonna see the light. What do think? No? No takers on that? SUSAN PAGE, USA TODAY: I'm not sure if Cheney would see it that way.