Something Fishy about Eco-Extremists' Power Play

By Dan Gainor | February 28, 2007 2:23 PM EST
Uber-left would rather take out a dam than give one about America's energy future.

Left wing inflammatory comments continue on The View. On the February 28th edition, co-host Joy Behar lashed out calling the American people "to really wake up and understand that they [the Bush administration] are liars and they are murderers."

Token non-liberal Elisabeth Hasselbeck tried to insert some common sense and stated that "some fringe liberals are taking this to a place to where we’re losing sight on the issue here." Behar, who just called the Bush administration, "liars" and "murderers" adamantly denied she’s a "fringe liberal" and said it’s "name calling."

The ladies discussed the Bob Woodruff special, To Iraq and Back, and shifted to the policy of not filming the arrival of coffins at Dover Air Force Base. The transcript is below.

It's one story that would seem to be of interest to the New York Times political blog "The Caucus" -- the nutty rants of the left-wing Huffington Post community and others, after Tuesday's news that a suicide bombe

Update/Correction (3/1/2007, 10:32 EST): Oops. Ted Olsen is the online managing editor for Christianity Today and he e-mailed me to point out his byline as the "former solicitor general" was part of the satire. Now if you'll excuse me, I have to go have lunch with James Cameron...

Former solicitor general Ted Olsen wrote a brief satire that illustrates the absurdity of filmmaker James Cameron's belief that he's found the remains of Christ because he found a family tomb in Israel bearing the names Jesus and Mary. It's posted at Christianity Today's Web log.

Here's an excerpt, you can find the full "interview" here.:

So, tell us about your interest in the historical Jesus.

Um, I guess I'm interested in Jesus, yeah. Where did you say you were from, again?

Are you selling subscriptions or something?

No, we want to talk about your documentary.

The one about Jesus' tomb.

You're not James Cameron?

It's a tried and true tactic of interest groups seeking to influence public opinion -- and legislative policy -- on a controversial issue. Find the most sympathetic individual case you can, and get the media to focus on that, rather than on the broaders merits of the matter. A prime example of the phenomenon was on display today at Good Morning America. Congressman Marty Meehan [D-MA] has introduced legislation that would repeal the Don't-Ask-Don't-Tell policy, with the result that gays would be able to serve openly in the military. Hearings are scheduled to begin soon.

ABC senior national correspondent Jake Tapper narrated a segment on Marine Staff Sergeant Eric Alva [ret], described as the first member of the US military seriously injured in the Iraq invasion, losing a leg and part of a hand. In conjunction with the debate on the bill, Sergeant Alva publicly announced, apparently for the first time today, that he is gay.

Tapper interviewed Sergeant Alva at the offices of the Human Rights Campaign, a gay rights group. Later in the segment, we heard from Dixon Osburn of the Servicemembers Legal Defense Network, another gay rights group that focuses specifically on gays in the military. It seems likely that one or both of these groups have identified Alva as a spokesman, then took his story to ABC, which ran with it.

Sir Arvi Parbo is likely not a household name in America. However, the knighted business mogul originally from Estonia is highly regarded in Australia, so much so that he was the keynote speaker at Wednesday’s gathering of climate change skeptics in Canberra.

As reported by News.com, during his address, Sir Parbo had some rather harsh words for Dr. Global Warming, aka Al Gore, as well as for all alarmists including those in the media:

Sir Arvi also said today key international reports warning of climate change, including Al Gore's documentary An Inconvenient Truth, are biased and scrutiny of them has been suppressed. [emphasis added in second paragraph]

Sir Arvi was just getting warmed up (emphasis mine throughout):

By Rich Noyes | February 28, 2007 11:28 AM EST
While journalists howl at the indignity of Helen Thomas being moved about six feet, from the first row to the second row of the new White House press room, there’s been relative silence about the Cuban dictatorship’s expulsion of Western journalists who published stories unflattering to the communist leadership.

Today’s Investor’s Business Daily says the expulsion of the Chicago Tribune’s Gary Marx, the BBC’s Stephen Gibbs and Mexico’s El Universal reporter Cesar Gonzalez-Calero “was a minor story, but shouldn’t be.” With these three paying a penalty for reporting the uncomfortable truths about Castro’s dying dictatorship, IBD correctly asks “why the remaining correspondents inside Cuba aren’t red-faced about not being thrown out.”

Oscar Night: Hollywood Worshipping at the Church of Global Warming

Folks that aren’t familiar with columnist James Lileks will be pleasantly surprised by his recent op-ed concerning Sunday’s Academy Awards and the Church of Global Warming. As published by Newhouse News Services, Lileks marvelously observed (emphasis mine throughout):

If environmentalism is the new religion, the Oscar ceremony was the High Holy Mass.

Of course, if the Academy — a remarkable name for people who paint their faces and pretend they're secret agents or royalty — were truly serious about imminent global warming, it would have asked everyone to turn off their TVs and receive the results by some low-impact Earth-friendly means, such as carrier pigeon. Perhaps such drastic measures will be used in 2008, by which time the oceans will have risen 37 feet and everyone east of Cleveland will be clustered on the roof.

Most people who tune in to morning TV "news" programs know the unbearable lightness of the product, full of celebrity cotton candy and tragic tales of tabloid woe, of climbers lost on mountains and teenagers lost in the tropics. So it was a little shocking to be diverted from that maudlin box of info-bon bons known as the Anna Nicole Smith deathmatch to questions on the grand and glorious subject of Biblical anthropology, and a "discovery" of the alleged bones of Jesus. 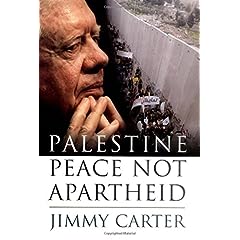 NewsBusters has reported for months how the mainstream media did an absolutely lousy job covering the controversy surrounding former President Jimmy Carter’s book about the Israeli-Palestinian conflict [see editor's note at bottom of post]. As odd as it may seem, the ombudsman for the Atlanta Journal-Constitution agreed with us.

Angela Tuck, the AJC’s public editor, wrote the following on February 24 (emphasis mine throughout):

The controversy surrounding former President Jimmy Carter's book on the Israeli-Palestinian conflict is the story that won't go away. And frankly, this newspaper was slow to cover the book and the firestorm it created.

That was only the beginning of this fabulous account of liberal media bias that would make Fox News’s Bill O’Reilly proud:

It goes without saying that few people in America are aware that a former head of the ACLU in Virginia was arrested last week and charged with possession of child pornography.

Well, America’s media chose not to report it, and according to Bill O’Reilly, it’s because “journalism in this country is at a low point.”

On Monday, the host of Fox News’s “O’Reilly Factor” took issue with this tremendous double standard concerning obvious omissions in reporting by the press when stories go counter to their prescribed liberal agenda. O’Reilly began:

When is a newspaper unable to determine the political ideology of

someone despite an overwhelming body of evidence that clearly shows what his politics are? It happens when the person in question is a deranged Leftwing stalker whose antics are so embarrassing that liberals are anxious to not be identified with him.

So Matt Drudge Helped Cause the Market Dive? How About the Original Source?

This is stunning, either in its ignorance or its misdirection (bold is mine):

Did the Drudge Report Help Tank the Stock Market?