As modern media has seen a fusion of news, opinion, and entertainment, are too many things being politicized? I think so.

The news media have contributed to this state of affairs more than any other group so it was refreshing to see the New York Times actually point out a case of inappropriate politicization in an article about "300" the new movie about a group of Spartans who held off a large Persian army.

The Times also makes the point that in many cases a media outlet will attempt to gin up controversy about its product to get the public to tune in.

Three weeks ago a handful of reporters at an international press junket here for the Warner Brothers movie “300,” about the battle of Thermopylae some 2,500 years ago, cornered the director Zack Snyder with an unanticipated question.

“Is George Bush Leonidas or Xerxes?” one of them asked.

The questioner, by Mr. Snyder’s recollection, insisted that Mr. Bush was Xerxes, the Persian emperor who led his force against Greek’s city states in 480 B.C., unleashing an army on a small country guarded by fanatical guerilla fighters so he could finish a job his father had left undone. More likely, another reporter chimed in, Mr. Bush was Leonidas, the Spartan king who would defend freedom at any cost.

Mr. Snyder, who said he intended neither analogy when he set out to adapt the graphic novel created by Frank Miller with Lynn Varley in 1998, suddenly knew he had the contemporary version of a water-cooler movie on his hands. And it has turned out to be one that could be construed as a thinly veiled polemic against the Bush administration, or be seen by others as slyly supporting it. 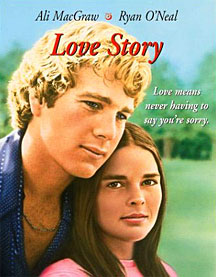 If the nation’s educators really wanted to obtain a long-term perspective on the job they were doing teaching Americans reading comprehension skills, they should publish conservative articles on the Internet which included a feedback mechanism. As they read all the vitriolic hate mail, they’d be amazed at the percentage of responses indicating a third grade level or lower understanding of what they actually published.

No finer example of this premise has occurred recently than when NewsBusters published an article about HBO’s Bill Maher clearly showing regret over the failure of terrorists to assassinate Vice President Cheney.

To begin with, the headline read:

By NB Staff | March 5, 2007 10:15 AM EST
Today's starter: Does Natsu Taylor Saito, the wife of left-wing Colorado university professor Ward Churchill, like giving her own books positive reviews on the web?

We'll see how the electorate decides, but there's no doubt who won the "Today" show primaries this morning. For the Dems, it was Barack, and among Republicans, Rudy.

Narrating the segment on the political duel between Obama and Hillary in Selma, Alabama this weekend, Andrea Mitchell portrayed Obama as having authentic appeal, while picturing Hillary resorting to heavy-handed political tactics.

Consider Mitchell's opening line: "On the 42nd anniversary of Bloody Sunday, the historic clash over voting rights in Selma, Alabama, Barack Obama was supposed to be the main attraction,

until Hillary Clinton, slipping in the polls to Obama among African-Americans, decided to come." Translation: a sinking Hillary tries to steal Barack's limelight. Not very flattering.

As Mitchell mentioned that Hillary had brought Bill because of his "enormous popularity with black voters," a clip rolled of a woman literally squealing in excitement and delight as Bill walked by in the parade. But doesn't that highlight Hillary's relative weakness as much as Bill's strength?

After stating that "Obama answered critics who say his mixed ancestry makes him not black enough," Mitchell rolled a clip of Obama speaking in a preacher's cadence as he told a church gathering: "don't tell me I'm not coming home when I come to Selma, Alabama. I'm here because somebody walked."

Anatomy of an Impropriety, or Ann Coulter Vs. Bill Maher

The double standard of Leftists who are ignoring the outrage of Bill Maher -- who alluded to his wish that Vice President Dick Cheney was assassinated – while at the same time are wildly fanning themselves in mock outrage as if they had the vapors over Ann Coulter -- for calling Democrat John Edwards a bad name -- was on full display in the MSM over the weekend.

"Bush Iraq Strategy Has No Option for Failure," read the headline on the Washington Post home page when I accessed it at 1:30 this morning. [UPDATE with some thoughts from Captain's Quarters tacked to bottom of post]

But is that just a statement of fact or a lament about a lack of a "failure option" for the war in Iraq itself. Here's the blurb that followed teaser headline:

Eager to appear resolute and reluctant to provide fodder for skeptics,U.S. officials rebuff questions about failure with a mix of optimism and evasion.

And what exactly does the Post find evasive? You need look no further than the first two paragraphs of Karen DeYoung and Thomas Ricks's front page March 5 article to find that it's a determination to win the war in Iraq.:

On Friday's The View, Joy Behar explained why we have free speech and criticized Bush yet again. Law & Order's S.

NBC may no longer employ Kennedy family journalist Maria Shriver, but NBC's favorite historians can still be accused of being big Kennedy fans. A new book from RFK's daughter Kathleen Kennedy Townsend, who lost a run for governor of Maryland to Bob Ehrlich in 2002, slams the religious right and warns of mixing God and politics.

From an e-mail sent by the House's Chief Deputy Whip Eric Cantor (R-VA) that was later posted at his congressional web site:

WASHINGTON, D.C.-House Speaker Nancy Pelosi's demand to have regular use of a luxurious C-32 for flights to her San Francisco home and other official trips was publicly rebuked by the U.S. House today via the Cantor amendment to the Advanced Fuels Infrastructure Research and Development Act (H.R. 547) by a vote of 385-23.

As originally reported in the New York Post, the aircraft has a game room, stateroom, showers, a communications center and seats 42 to 50 people and it costs taxpayers $22,000 an hour to operate, according to the Air Force.

"The request by Speaker Pelosi to have a private jumbo-jet is an extravagance that taxpayers should not have to pay for," said Cantor.

Here is the roll call vote involved. The vote occurred at 5:07 PM on Thursday, February 8.

Before the 30-day window of Google News expires, let's see how much coverage the rebuke received (searching on "Pelosi rebuke" and "Pelosi rebuked," both without quotes; the first search was narrowed to February 7-11 to avoid hundreds of listings relating to the Iraq Troop Surge Resolution "rebuke," as spun by the press, of President Bush) as of 9:30 PM on Sunday, March 4:

James D. Scurlock, author and director of "Maxed Out," hopes to do with the overselling of credit what former vice president Al Gore has done for global warming -- elevate people's consciousness about a terrible threat to our existence. In this case, it's our financial well-being.

By NB Staff | March 4, 2007 2:55 PM EST
Today's starter: Santa Claus, the tooth fairy, a conservative broadcast network anchor, and an old drunk are walking down the street together when they simultaneously spot a hundred dollar bill. Who gets it? (read on for answer)

Seymour Hersh Says Bush Administration is the Most Dangerous in History

As previously reported by NewsBusters, Friday’s “Real Time” on HBO was another in a litany of Bush bashes on this cable program. However, before Bill Maher indicated his regret that the recent assassination attempt on Vice President Dick Cheney failed, he interviewed one of the administration’s staunchest critics, the New Yorker’s Seymour Hersh.

Those tuning in to hear one of the White House’s most outspoken foes castigate the president and his staff like virtually no one else in the media were not disappointed (video available here courtesy of our friend Ms Underestimated).

After some introductory pleasantries, Maher asked: “I know from your latest article that we ought to be worrying about a war with Iran?”

Russert Tries to Bait Murtha into Swiping at Cheney

It's a bit early for a Passover Seder, but Tim Russert recited his own version of the Four Questions on this morning's Meet the Press. Not once, not twice, but four times Russert put questions to Jack Murtha clearly designed to provoke the anti-war congressman into taking a verbal swing at Vice-President Cheney. Murtha refused to rise to his host's bait. Russert began by displaying Mr. Cheney's recent statement [displayed below].

Fox & Friends Weekend hasn't lost Kiran Chetry -- it's gained Ainsley Earhardt. The recent FNC hire began her tenure on this weekend's shows, and by all appearances has made a smooth landing. Sandwiched between the "Kelly Brothers," Kelly Wright and Greg Kelly, one of the first stories the trio discussed this morning was the results of the presidential straw poll at this weekend's CPAC conference in Washington.

Kelly Wright described Mitt Romney's straw poll win as a surprise "because of his Mormon background," then added that "he isn't running to be chief theologian, he's running to be chief executive officer of the United States." Observed Earhardt: "a lot of people were skeptical about [Romney] but many people after hearing him speak at the CPAC conference yesterday, many people were calling to say he's going to be the top candidate." Ainsley also made reference to Newt's relatively strong showing of 14% despite the fact that he won't join the race, if at all, until at least September.

When liberals try to deny that National Public Radio is a taxpayer-funded media sandbox for liberals, there’s nothing like reading liberals writing about NPR to rebut it. Michael Tomasky, a leading liberal and editor-at-large of The American Prospect, recently wrote in anguished protest when WETA-FM in Washington dropped its relatively new news-talk format to return to its classical-music roots. This left him without "Weekend Edition Sunday," anchored by Liane Hansen.