Media Research Center President Brent Bozell on Wednesday condemned efforts by social media giants such as Facebook and Twitter to censor conservative thought. Talking to FBN’s Stuart Varney, Bozell explained the scope of the problem: “We are very much in unchartered waters. I don't know that ever in the history of man has so much power been concentrated in only a handful of companies that could determine worldwide what is and isn't acceptable speech and thought.”

A transcript is below.

VARNEY: Give me some evidence that Google is indeed biased against conservatives. 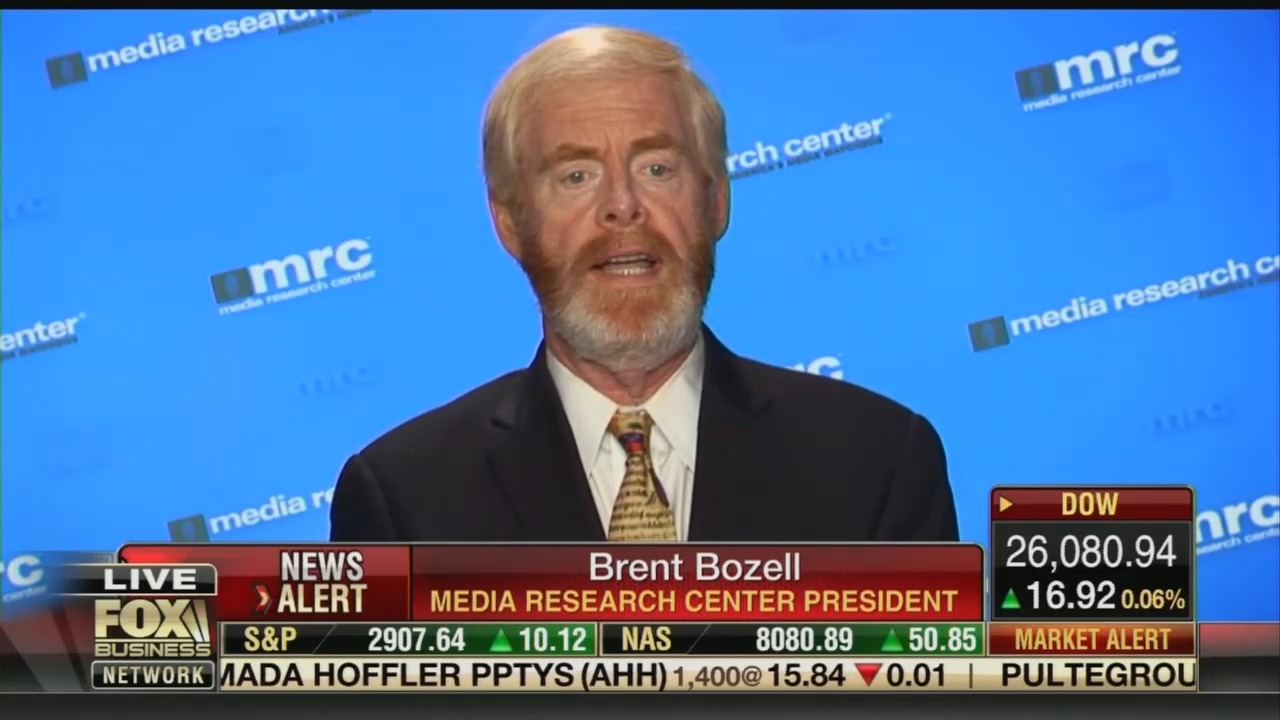 BOZELL: Well, there have been numerous reports that have come out, and we have documented them, over and over again, where you have got these tech giants, whether it's Google, Twitter or Facebook that are banning conservatives. And interestingly enough, they don't ban liberals. They just ban conservatives. Now, the heads of these networks, the top brass, are coming forward and they are pleading with the American people, they are pleading with Congress, they're pleading with anyone that can listen to them to understand that no, they are not doing it.

The problem is, Stuart, yes they are. And there's the evidence that backs it up. So there comes a point, you know, we are very much in unchartered waters. I don't know that ever in the history of man has so much power been concentrated in only a handful of companies that could determine worldwide what is and isn't acceptable speech and thought.

BOZELL: That comes — we get to a point where I think you really have to start thinking very very seriously about whether or not these companies are far too big.

VARNEY: Well, I'm a free market kind of guy. Very much a free speech kind of guy. But I see the power that's been accumulated by Mark Zuckerberg at Facebook, Larry Page, Sergey Brin at Google, Jack Dorsey at Twitter. You look at the power that those four people have and it’s universal and it’s extreme. You have to rein it in. The political response to power accumulation of that kind has to be some kind of reining in. Are you with me?

BOZELL: Yeah. Couple of points here. Number one, just think about the power here. Facebook and Twitter have an audience of over a billion people worldwide. When they say, as their definition of hate speech, that if you believe in traditional marriage and you believe homosexuality is wrong, the homosexual lifestyle is wrong, immoral, you have participated in hate speech and you can get banned worldwide for thinking that way. That really puts things in perspective.

Now, to the President. The President is a businessman. I suspect the last thing a President Trump as a businessman likes is the idea of regulating business. So when even he is saying this is a huge problem, I think we need to take it seriously.

VARNEY:  I don't know what form regulation would take. I don't know how you do that to be perfectly honest with you, Brent. Listen to this one, the New York Times says dozens of Facebook employees are challenging Facebook's what they call intolerant liberal culture. So this is coming from within the organization. There's not many people. It is dozens, when they employ tens of thousands. But nonetheless, it is a start, isn't it?

BOZELL: Yeah, you know, kind of reminds me of what goes on in Hollywood, where if you are a conservative, you have to make the sign of a fish, to communicate with somebody. Do it in the sands so you don't get caught being a conservative. Just think what it must be like to work as a conservative at Facebook, where you know, you might be one percent. And 99 percent hate what you believe in. I'm exaggerating, but not by much. So it's gutsy, very gutsy of these hundred people to come forward and say, “Enough is enough This has got to stop.”

Not just a seat at table, but equal footing in the say of these things and finally just adhere to the First Amendment. Free speech is a wonderful thing. Alex Jones, I don't like Alex Jones, but he should not have been banned.

VARNEY: Very interesting. Brent come back soon please because I think we will be debating this for a long time. Brent Bozell, thank you, sir.